George and Amal Clooney Are So In Love 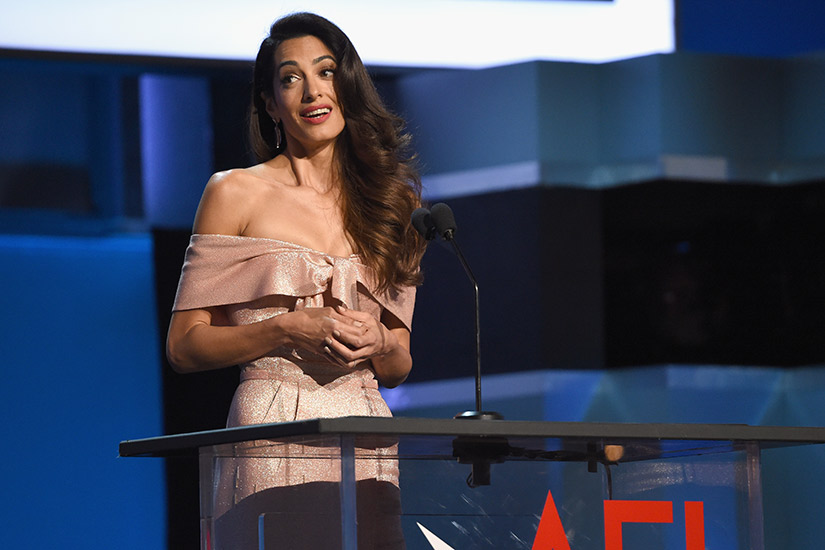 In this week’s love-is-real news, look no further than George and Amal Clooney’s latest public outing.

George received this year’s lifetime achievement award from the American Film Institute last night. At the L.A. gala celebrating the tribute, Amal took the stage to give a speech in his honour. And in a rare moment, the human rights activist took the opportunity to open up about their relationship and falling in love with the actor.

“I met George when I was 35 and starting to become quite resigned to the idea that I was going to be a spinster,” Amal quipped. “Then we met and started hiding out in my London flat and very soon it felt like no matter what happened, I would never want to be with anyone else.”

“Five years later, none of that has changed. He is the person who has my complete admiration and also the person whose smile makes me melt every time,” she added. “My love, what I have found with you is the great love that I always hoped existed. And seeing you with our children, Ella and Alexander, is the greatest joy in my life.”

Amal’s speech was so moving that George appeared to tear up a bit (and okay, so did we).

You can watch some of the tribute below.