Yes, she's as intelligent, sexy, funny as hell, stylish and independent as you imagine her to be. 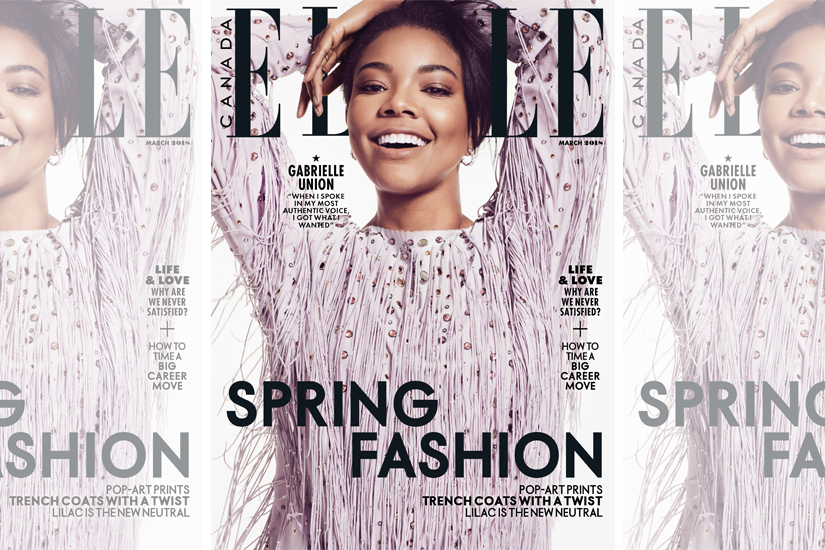 Trust us when we say…you’re going to need (more) wine when you pick up the March 2018 issue of ELLE Canada. That’s because Gabrielle Union—actress, producer, and author of New York Times best-seller We’re Going To Need More Wine—is on the cover.

Inside the issue, you’ll read an incredibly candid, wide-ranging conversation between the 45-year-old Union and our editor-in-chief Vanessa Craft. For the full portion of wisdom, light and humour Union delivers you’ll need to pick up a copy, but for now, enjoy this brief excerpt in which the Being Mary Jane star shares her money philosophy:

“Union recognizes her own privilege but doesn’t take it for granted, managing her financial resources with the attention of a woman who understands the value as well as the power of a dollar. She’s seen people in the business go for flash and glam over smart money management, but for her, being fully financially independent is a key aspect to her well-being. “From my first job, I’ve functioned like each job is my last. What can I afford if all this goes away? So I don’t buy anything unless I can maintain it. Being penniless is way scarier than not having the right car.” She laughs, adding: “It’s L.A., we’re in traffic. Who’s seeing your car?”

That explains why, when I arrived and “oohed” and “ahhed” over the penthouse suite, she let me know it was a hookup through a friend. She simply doesn’t roll that way. Shrugging, she says: “I don’t believe anyone should put themselves in a financial bind to be something for other people who don’t care about them. Your barometer should be ‘Don’t try to impress people who wouldn’t give you a kidney.’”

The March 2018 issue of ELLE Canada is on newsstands February 12. It’s also available to buy here, as of Monday February 5th.