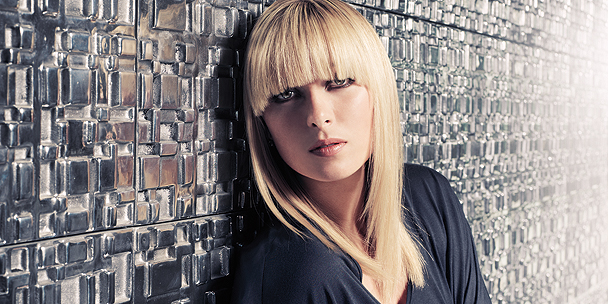 Wearing an aquamarine Lanvin frock, a diamond tiara and a gleaming new Grand Carrera watch given to her by TAG Heuer, the sponsor of tonight’s party, Maria Sharapova is celebrating her 21st birthday in style. We’re at Tenjune, a subterranean bar in New York’s Meatpacking District. The place is packed with fashion stars like Anna Wintour and Vera Wang, and a mass of cherry blossoms encircles the enclave around Sharapova’s cupcake-tiered cake. The tennis star’s birthday wish? “I want to stay healthy, so that I can continue to perform on the tennis court. After a very tough year with my shoulder injury, now I just want health!”

It’s hard to believe that Sharapova, the world’s number one ranked female tennis player, is only now entering formal adulthood. She has been in the public eye since 2004, when, all of 17, she upset Serena Williams to win Wimbledon. If Sharapova’s natural beauty has sometimes overshadowed her natural ability, it has also ensured her crossover appeal, resulting in spreads in Vogue and the predictable conferring of titles with “sexiest” in them. Sharapova is using her celebrity for good: Recently appointed a goodwill ambassador for the UN, she is raising awareness about the still-crippling effects of Chernobyl in her native Russia.

Next up is Sharapova’s self-described biggest challenge yet: a shot at Olympic gold.

What are you most looking forward to at the Olympics?
“I’ll be treating the Olympics like I treat a grand slam. I’m sure I’ll have plenty of nerves, but that’s why I love competing at the highest levels. I’m really looking forward to the entire experience – from the opening ceremonies to meeting all the other great athletes.”

How do you feel about the Olympic torch protests?
“I don’t get involved in politics; I’m an athlete with a great passion to compete.”

You recently played in the Fed Cup – where female athletes represent their countries – as part of the Russian team. Most of the bigger names in tennis chose not to attend. Why was it important to you?
“I understand that many top players can’t fit it into their schedules, but I believe most find a way to play every couple of years. I really enjoyed putting on the team uniform and representing Russia.”

Your mother was pregnant with you when the Chernobyl reactor exploded only 130 kilometres from where you lived, and your family fled the region. How is your role with the UN related to that experience?
“I know that many athletes and famous people have similar relationships, but for me, being associated with the UN is very special: It gives me great pleasure to be able to give the people of that region hope. I’m taking my first field trip with the UN to the Chernobyl region in July – I’m really excited about it.”