EXCLUSIVE: The Crown's Claire Foy on duty, shooting with John Lithgow and why she quit sugar 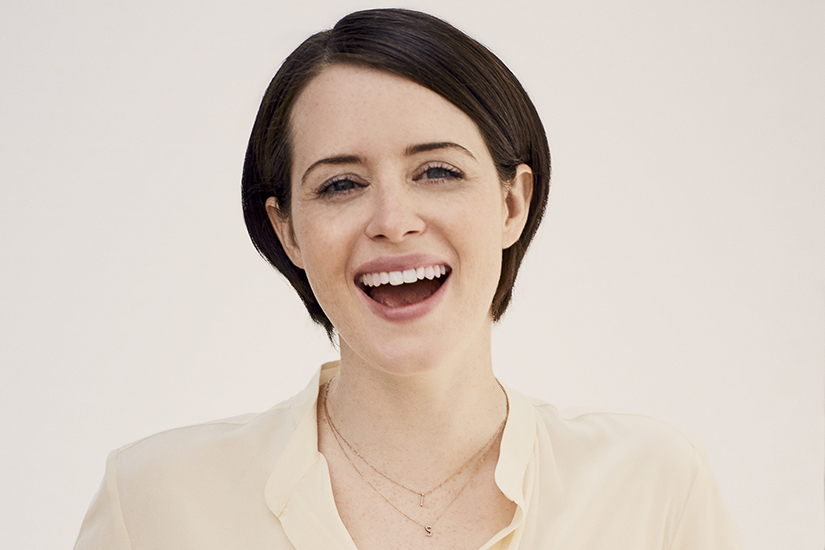 For a conversation that’s ostensibly about her big TV show The Crown, Claire Foy and I spend an awful lot of time talking about cake. Part of it is a question of timing: It’s late on a Friday afternoon, a.k.a. sweet-craving o’clock. It’s also the day after I had tea with an ex-chef of Queen Elizabeth’s (relevant because Foy plays the Queen on the breakout Netflix hit about the early years of her reign) and was full of fun facts about her eating habits. (Side fact: The real Liz Windsor’s favourite treat is chocolate biscuit cake. When it’s served at tea, it’s the only one she eats more than a sliver of.)

Foy also has sugar (or a lack thereof) on the brain. She’s a self-described “addict” who recently got “back on the wagon” (all the better to fit into the wasp-waist fashions her character wears on the show, currently in production for its second season). “I was on, like, an eight-month bender where I just ate anything that had any sugar in it,” she confesses over the phone from London, where she lives with her husband and daughter. “I definitely live to eat, but giving up sugar just makes you feel so much better. I’ve become sort of evangelical about it.” In fact, “giving up sugar” is one of the things that Foy and her co-star Vanessa Kirby (who plays Princess Margaret) talk about between takes.

She also mentions that she really struggled to keep a straight face while filming scenes with John Lithgow (Winston Churchill). “You’ll notice that there are no lingering shots of the two of us,” she shares, pinning the blame on Lithgow. “They cut quite fast because I just can’t be in a room with that man without laughing. He’s got funny bones.”

Of course, not every scene could be taken quite so lightly, especially given that the series is high in interpersonal and political drama. I mean, in the 10 episodes of the first season alone, we see Elizabeth’s uncle abdicate, her father die, her husband’s attentions wander and her sister’s heart break—not to mention the symbolic weight of her taking on the changing British Empire at the age of 25.

“I remember when we shot the coronation,” recalls Foy, referring to the showstopper scene in the first season of the most expensive Netflix series ever. “I thought that Elizabeth would have been more nervous when it came to making her vows to God, but that moment actually gave her strength, as opposed to being a massive weight on her shoulders. She might have felt quite lonely before, but in that moment she felt a union and a reassurance. She suddenly got it and realized that that was what she was supposed to be doing.”

The series, for which Foy just won a Golden Globe, emphasizes the young queen’s strong sense of duty and how it is sort of a North Star that guides her life. Foy, well, not so much. “It did make me think, ‘Would I stick with something I didn’t want to do because I felt it was my duty?’” she says. “The answer is I don’t know. It’s day by day, isn’t it? You can’t look at the next 60 years of your life and say ‘I shall do this forever.’ You just have to live each day well and hopefully get to the end of it.”

And, yes, that includes going sugar-free.