EXCLUSIVE: Michelle Monaghan is totally okay with turning 40. It's everyone else who's freaking out.

Also: All about her gripping new show. 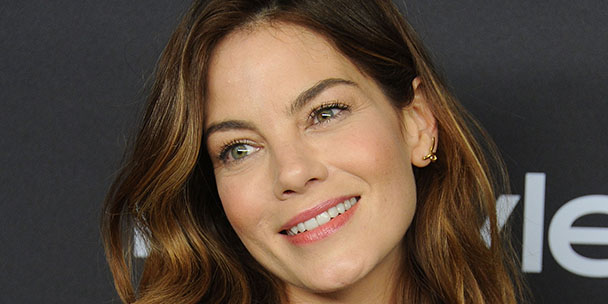 Michelle Monaghan turns 40 on March 23, and she has big plans: time away with her husband, dinner with her kids—and paragliding or hang-gliding on the day of. “I’ve been itching to do one of them for a few years, and I woke up a few days ago and said, ‘Oh, my God, what a perfect time to do it,’” says Monaghan over the phone from her home in Los Angeles, her voice burnished with a warmth that is equal parts Cali Zen and the not-trying-too-hard friendliness of her native Midwest.

So, yes, the actress is “very excited” about turning 40. It’s others around her who seem to be dreading the big day. “People keep asking me about turning 40 with some kind of negative connotation,” explains Monaghan. “And it’s only women asking me, I must say. I find it sad that we can’t say to each other ‘Congratulations.’ At what point did we stop celebrating life and accomplishments?”

Monaghan says that at 40, she’s “in better shape physically, mentally and emotionally” than she has ever been. She doesn’t mention it specifically, but her career is also hotter than ever: In the past two years alone, she has starred in the film The Best of Me, the animated hit Pixels and the first season of True Detective. And this spring, on Showcase, she stars opposite Aaron Paul in The Path, playing one of the leaders of a cultlike movement that is facing a crisis of leadership (and faith) when their “prophet” goes silent while (supposedly) receiving a final revelation of their belief system in Peru.

Monaghan isn’t a religious person (although she was raised Catholic), but working on a show that is all about the choice to believe—or not—has got her re-evaluating her pos­ition. “What I love about The Path is it looks at how complex it is,” she says. “There are so many extraordinary things people do in the name of religion, but some use faith to justify something darker.”

It makes for an intense viewing ex­perience, and Monaghan’s scenes with Paul, who plays her husband struggling with major doubts, are particularly enthralling. Off-set, however, things are much lighter. “Aaron and I have these very emotional, vulnerable scenes—but they’re all laced with giggle fits,” says Monaghan. “We look at each other and start laughing.”

That comfort extends to the onscreen couple’s more “intimate” moments. “You just put your best foot forward and be respectful, and then it’s over quickly and you move on to something else,” she says. “And we both pull out the mints!”

As for what life holds for her after 40? “Doing theatre is a goal I set for myself many moons ago, and now that we’ve decided we’re not having any more children, that one little dream is the new baby I’d like to start nurturing now.”

EXCLUSIVE: Meet Stephan James, the next big thing to come from Canada

EXCLUSIVE: Our interview with Beyonce