EXCLUSIVE: Meghan Trainor and the power of 'No'

What Meghan Trainor is all about for her second album...and, no, it’s not “that bass.” 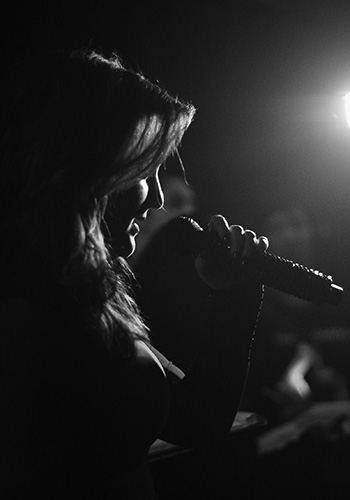 When Meghan Trainor stood onstage to accept her Grammy for Best New Artist in February, her eyes were so filled with tears that she couldn’t actually see anything—except for a very blurry L.A. Reid’s head and glasses. It was only when she saw the outline of the record exec who had discovered her that she realized the moment was really happening and she’d better start thanking people.

“That moment before they announced the award was like when you’re at the top of a roller coaster about to go down,” recalls Trainor over the phone from Los Angeles. “I was excited, but I also wanted to throw up. And then I remember my dad crying and whispering in my ear ‘You made it’ and then going and giving my speech and then just crying all night.”

Her dad whispering that phrase in Trainor’s ear was a bit of an inside joke between the two: At every juncture in the 22-year-old’s career, from selling her first composition as a songwriter to somehow making the transition from the singer behind a song about “bringing booty back” (“All About That Bass”) to a bona-fide pop star with a legion of megafans (a.k.a. Megatronz), she’d say “I made it, Dad!” and he’d say “Yeah, you made it, baby.”

When we talk to the Nantucket, Mass., native, she’s in the middle of rehearsals for the iHeart Radio Music Awards and jokes about “finally” getting to have fire as part of her act. “You know you’ve made it as an artist when they let you have pyro,” says Trainor, laughing.

In all seriousness, however, Trainor is getting ready to promote her new album, Thank You (out May 13), with a sense of legitimacy as an artist she didn’t have the first time around.

“I never knew that I could do this and pull it off and be the face of the songs I write,” explains Trainor, whom Rolling Stone dubbed “2014’s most unlikely pop star.” “The Grammys just gave me an award for being best new artist, and it is everything to me. It inspired me to go twice as hard the second round.”

For her second album, Trainor wanted to push herself out of her “doo-wop” comfort zone and, you know, write “classic pop songs that will last forever.” “That’s my goal every time I write a song,” says Trainor, who is nothing if not sure in her abilities with lyrics and a tune. “I want them to be played in 100 years.”

Her pick, by the way, for the likeliest song on her album to still be sung in a century is “Just a Friend”: “It’s a ukulele song with just my vocals,” she says. “It’s about falling in love with your best friend and it can never be, and it just breaks your heart.” And, yes, that’s definitely based on real-life experience. “My songs are honest and brutal,” she says. “My best friend during this whole album process told me that I say things in my songs that people want to say but don’t know how.”

She feels she reached peak-“Meghan telling it like it is” in “Hopeless Romantic”: “I talk about how the movies lied to me my whole life. Love is not The Notebook; it’s not that simple.” Or maybe it’s in her hit single “No,” which is all about fending off unwanted male attention. “It says ‘If I want a man, then I’ll get a man, but it’s never my priority,’” she says. “I’m so proud of that line.”

But, says Trainor, the song she worked hardest on is “Watch Me Do,” a swagger song if ever there was one. “It took me two days to do; I’ve never spent that long on a song,” she says. The time, she explains, was mostly spent trying to prevent the song from coming across as too full of itself.

“You have to be careful with the lyrics because you don’t want to sound like an asshole—like, ‘Watch me do; I’m perfect.’ You can’t do that. You can be confident, but there’s a limit for sure.”

EXCLUSIVE: Iggy Azalea as you’ve never heard her before

EXCLUSIVE: Elizabeth Olsen on why playing it safe is her secret to success