Also, the TV actress on the hustle it took to make it. 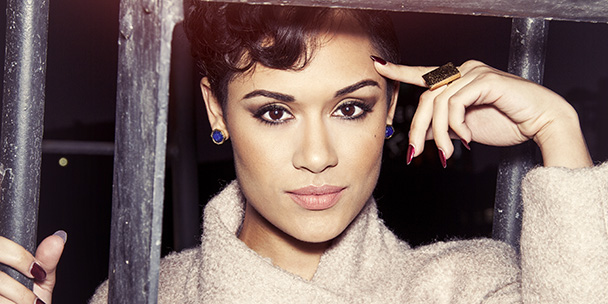 When FOX’s new drama Empire ended its first-season run earlier this year, it garnered 21.1 million viewers, making it one of the most-watched shows—not just in 2015 but in network-TV history—beating out shows like 30 Rock and The X-Files. For a show that features a predominantly black cast and depicts the ins and outs of a family-run R&B record label, it’s a triumph for not only FOX but also, as many pop-culture critics have noted, the black commun­ity.

“This is what our world looks like, and to finally have TV breaking the mould and depicting it is a wonderful thing,” says actress Grace Gealey, who plays Anika Calhoun, a relentless and uncompromising R&B executive.

While taking a break from filming the second season in Chicago, the 31-year-old Cayman Islands native recalls what it took to land the role of Anika:

“I went to school for eight years to get two degrees in theatre, but after I graduated, it was really difficult to break into the industry. I was living from paycheque to paycheque. I worked so many side jobs; I had to hustle to make it work.”

Last year, Gealey, whose parents are both deaf, decided to quit acting to become an interpreter. She had just started setting up her own business when she got the call for Empire:

“It completely changed my life. I thought, ‘Okay, I guess I’m back in!’”

For the actress, being able to work full-time in an industry that she credits with helping her regain her self-worth is a hard-won victory.

“I was bullied growing up, and it left me questioning my sense of self,” she says. “I was always thinking ‘Am I good enough?’”

It was through acting that Gealey learned how to celebrate her identity: “It took a while, but I was able to detach myself from that mentality. I was so happy to come out of that period, and all I want is for everyone else to be able to experience that too.”

To help young girls deal with the effects of bullying, Gealey now works with Saving Our Daughters and its performing-arts initiative Saving Our Cinderellas: “When young girls are taught to truly embrace their own individuality, they begin to understand that this is something to be celebrated.”