Everything You Need to Know About Prince Louis’ Christening

It's a family affair. 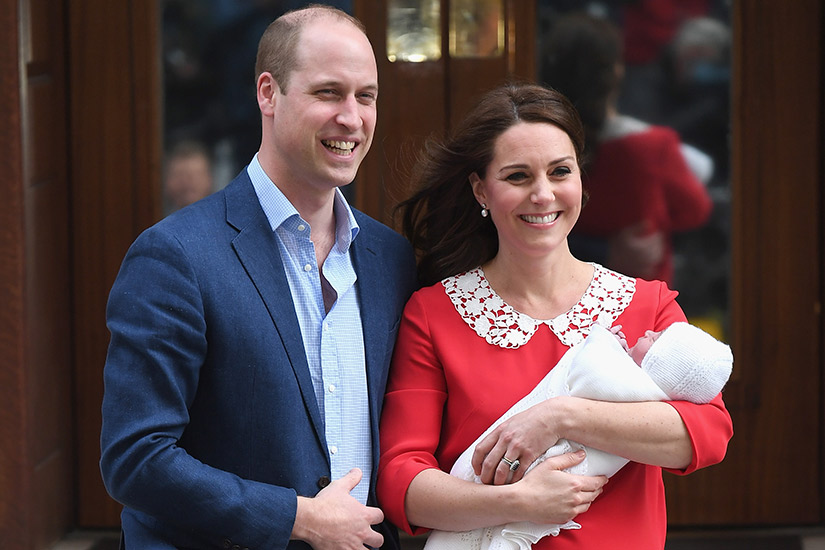 It’s big week for the Cambridges. Prince Louis’ christening is less than a week away, marking the first time that a) the almost-three-month-old (he’ll be 11 weeks, to be exact) will be seen in public since his birth in April, and b) that he’ll be out with the entire fam. Royal baptisms are private events, so you won’t be able to watch along from home, but here’s everything we know about the big day.

Monday, July 9 is the day this all goes down for Louis. The celebration, which will last about 40 minutes, is scheduled for 4 p.m. (London time, of course)—a departure from Prince George and Princess Charlotte’s own christenings, which both took place earlier in the morning.

Worth noting: July 9 holds a special place in Queen Elizabeth’s heart: it’s the date she announced her engagement to Prince Philip in 1947, 71 years ago. Awww.

Here’s something Prince Louis will share with one of his siblings: his christening is set to take place at the Chapel Royal at St. James’s Palace in London, the same place big bro George was baptized. Meghan Markle’s top-secret pre-wedding baptism also reportedly took place at the chapel.

(And for those wondering: Princess Charlotte was baptized at St. Mary Magdalene Church at Sandringham, the same location as Princess Di’s christening.)

Who will be there?

Don’t feel sad if you didn’t get an invite, royal baptisms are usually intimate affairs, for only the closest friends and family members. The most immediate members of the royal family will, of course, be in attendance for Prince Louis. The Queen, Prince Charles and Harry and Meghan (just before their official work trip to Ireland!) are all expected to be there, according to Time.

Kensington Palace has confirmed that Justin Welby, the Archbishop of Canterbury, will conduct the service, just as he did at Charlotte and George’s christenings. (He also baptized Meghan Markle and led the service at her and Prince Harry’s wedding, BTW.)

What will Prince Louis wear?

Assuming the family follows tradition (which, obvi), Louis will likely wear the same steeped-in-history lace and satin gown both his siblings wore for their own baptisms. The white robe is a replica of the gown made all the way back in 1841 for the christening of Queen Victoria’s daughter. The original was worn at every royal baptism (including Wills’ and Harry’s) until 2004, after which it was replaced by the replica so it could be safely preserved.

Do we know who his godparents are?

Not yet. It is, however, unlikely that either Meghan or Harry will make the list, according to People. The mag reports that, as they’ve done with George and Charlotte, the Duke and Duchess of Cambridge prefer to pick close friends for the honour over already-proud family members. (Among George’s seven godparents are Will and Kate’s uni friend Oliver Baker and Will’s cousin Zara Tindall; Charlotte’s five godparents include Will’s cousin/Princess Diana’s niece Laura Fellowes and Kate’s cousin Adam Middleton.) British gambling company Ladbrokes currently has William and Harry’s former aide and nanny Tiggy Pettifer (née Legge-Bourke) and Will’s soon-to-be-former private secretary Miguel Head as the odds-on favourites.

What about Kate’s outfit?

Duchess Kate wore off-white Alexander McQueen ensembles for both Prince George and Charlotte’s christenings. Reminder (as if you really need it): Sarah Burton for Alexander McQueen designed Kate’s wedding dress and the fashion house is clearly a favourite for the royal, so we wonder if she’ll debut another McQueen look or go for an old favourite. (In that vein, we also wonder if Meghan will return to wedding dress designer, Givenchy, for her own outfit. Hmmm.)