Everything We Know About Priyanka and Nick’s Wedding

From whirlwind romance to walking down the aisle. 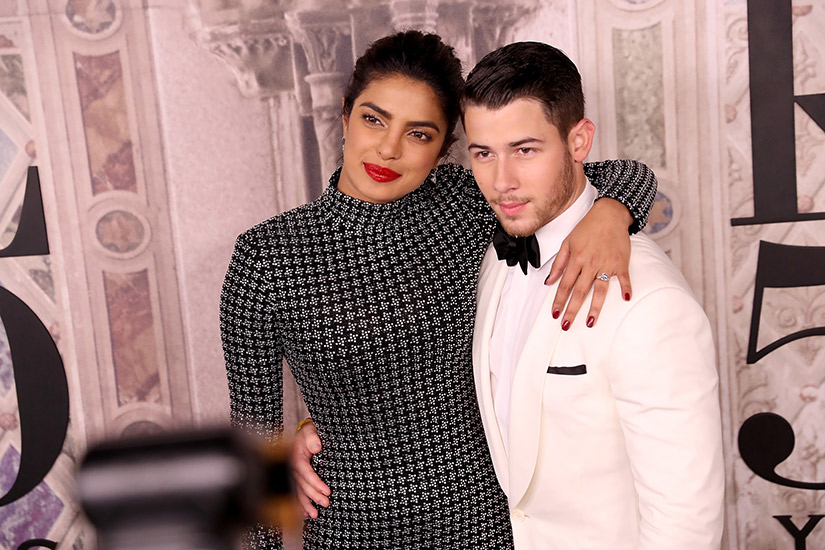 Could we be seeing another major royal wedding before the end of the year? Okay no, not really. But it’s looking likelier everyday that Priyanka Chopra and Nick Jonas impending nuptials will happen before 2019 is here, and they’re basically Hollywood royalty, right? (We think Duchess Meghan would agree.) Here’s everything we know about Chopra and Jonas’s big day—and a couple of things we hope will happen.

When the future looks oh so bright… ? @priyankachopra

Where is it being held?

Further supporting our opinion that the Chopra/Jonas wedding is indeed a royal affair, the two will reportedly tie the knot at a castle. According to The Sun, the couple’s venue is the Umaid Bhawan Palace, part hotel, part museum, part private residence to the former royal family of Jodhpur.

What kind of ceremony will they have?

Culture and faith is important to both our May cover star and the former boybander, which will be reflected throughout the festivities. A source told Us Weekly that “Priyanka is having a really good time planning the wedding because it’s a mix of Indian and American styles and customs.” And with three days of celebrations, additional reports indicate that the couple will hold separate Christian and Hindu ceremonies. We also know from an interview that Chopra’s mother Madhu gave after the engagement (in which she gave Jonas her approval!) that the matriarch wants her daughter to have a traditional Indian wedding, so we’re sure they’ll want to keep mom happy.

What will they wear?

Considering that she has already worn multiple bridal-inspired outfits for both her wedding shower and bachelorette party (including a feathered dress and duster by Georges Chakra), there’s no doubt that Chopra will serve some stunning looks during her wedding extravaganza. The Sun also reports that “Nick will wear ivory and Priyanka will be in red, while the bridesmaids will wear Ralph Lauren outfits for the Christian wedding, because the couple wore the brand at their first public appearance together at the Met Gala last year.”

We wouldn’t be surprised if duo’s nuptials are more star-studded than an actual royal wedding. We’ll almost definitely see all the brothers Jonai for the celebrations, including Joe and his fiancée, Game of Thrones’ Sophie Turner (remember how much fun it looked like they all had together at the US Open?). Chopra, of course, does have a ton of famous friends—including Lupita Nyong’o and television personality/Bird Bakery CEO Elizabeth Chambers (who’s married to Armie Hammer)—so we’ll likely see a few of them there. And while we have no idea if Chopra’s BFF Meghan Markle (along with Prince Harry) will be in attendance, we crossing our fingers for a Duke and Duchess of Sussex sighting.

Will there be any performances?

According to reports from Indian media: yes. The Indian outlet says Jonas is tentatively scheduled for a 45-minute performance at the couple’s sangeet, a traditional pre-wedding ceremony that celebrates the union of a couple and their families with song and dance. (Personally, we’re hoping a mini Jonas Brothers reunion is part of a Nick’s performance.) Chopra will reportedly also be performing some of her hit songs and Bollywood numbers at the sangeet.