Everything We Know About Bieber and Hailey's Engagement 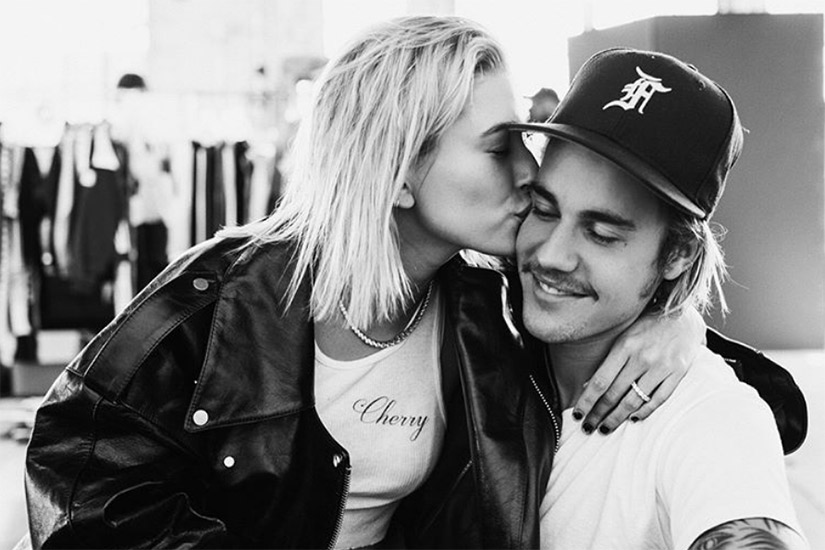 It’s for real: Justin Bieber and Hailey Baldwin are engaged!

TMZ was the first to report that the 24-year-old singer asked the 21-year-old model to marry him over the weekend while having dinner in the Bahamas. And while the couple have stayed relatively quiet about the happy news, Bieber confirmed it himself on Instagram yesterday, writing: “Was gonna wait a while to say anything but word travels fast, listen plain and simple Hailey I am soooo in love with everything about you!”

Here’s what we know about their engagement so far.

First, a (Brief) Timeline of Their Relationship

Both Baldwin and Bieber have said they’ve been friends for a long time, and it’s no joke. The pair first met nine years back in 2009, when Baldwin’s dad, actor Stephen Baldwin, introduced the two backstage at an event. And thanks to the internet, the somewhat-awkward interaction is still available for all of us to see.

According to The Cut, the model and singer sparked dating rumours towards the end of 2014, when they’re first seen hanging out together more frequently. But Baldwin and Bieber both denied that they were a couple, with the Canadian even sharing on Instagram that “I’m super single and [Hailey] is my good friend.” The duo continued to stir up rumours throughout 2015 before finally going Instagram official in early 2016, when Bieber posted a photo of them kissing at a New Year’s Eve party, People reports. They broke up a few months later in August.

Things on the Bieber/Baldwin front stay quiet for a while until May of this year, when Baldwin told The Times that she and Bieber are friends once again after going through a long period of time of not speaking.

It’s a whirlwind romance from there: They’re spotted hanging out again around NYC in mid-June, going public with their relationship a week later on social media, bringing us back to the present-day and their engagement. “It’s kind of a surprise, but kind of not. Justin has been extremely happy these past few weeks,” a source tells People. “This might seem sudden, but they know each other very well.”

Was gonna wait a while to say anything but word travels fast, listen plain and simple Hailey I am soooo in love with everything about you! So committed to spending my life getting to know every single part of you loving you patiently and kindLY. I promise to lead our family with honor and integrity letting Jesus through his Holy Spirit guide us in everything we do and every decision we make. My heart is COMPLETELY and FULLY YOURS and I will ALWAYS put you first! You are the love of my life Hailey Baldwin and I wouldn’t want to spend it with anybody else. You make me so much better and we compliment eachother so well!! Can’t wait for the best season of life yet!. It’s funny because now with you everything seems to make sense! The thing I am most excited for is that my little brother and sister get to see another healthy stable marriage and look for the same!!! Gods timing really is literally perfect, we got engaged on the seventh day of the seventh month, the number seven is the number of spiritual perfection, it’s true GOOGLE IT! Isn’t that nuts? By the way I didn’t plan that, anyways My goodness does feel good to have our future secured! WERE GONNA BE BETTER AT 70 BABY HERE WE GO! “He who finds a wife finds a good thing and obtains FAVOR from the Lord!” This is the year of favor!!!!

As already noted, Bieber shared a loving post dedicated to his new fiancée on Instagram yesterday, marking the first time either half of the pair had commented on the news. “So committed to spending my life getting to know every single part of you and loving you patiently and kindly,” he writes. “My heart is COMPLETELY and FULLY YOURS and I will ALWAYS put you first! You are the love of my life Hailey Baldwin and I wouldn’t want to spend it with anybody else.”

After Bieber confirmed the news, Baldwin went on Twitter with her own message of love. “Not sure what I did in life to deserve such happiness,” she says.

Not sure what I did in life to deserve such happiness but I am so utterly grateful to God for giving me such an incredible person to share my life with! No words could ever express my gratitude. ❤️

The couple’s family were quick to share their support of the engagement. Baldwin’s dad congratulated the two, writing in a since-deleted Tweet, “Love you 2 so much !!!” Bieber’s father, Jeremy, joined in on Instagram, sharing, “Proud is an understatement!”