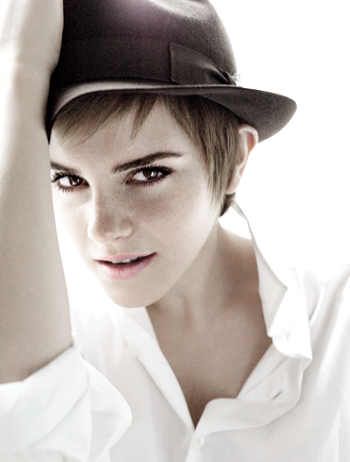 What would it be like to be 21 years old and have already achieved the kind of staggering fame and fortune that is known only to a handful of people around the globe? It’s not a fantasy that most people can even begin to relate to, but it’s a reality for Emma Watson. After making a name—and a small empire—for herself as the quick-witted witch Hermione Granger in what we’ll call the “Harry Potter phenomenon,” Watson is perched on the brink of adulthood. So, now that the wizard has uttered his last spell, the world is waiting to see if Watson—who was cast in the role when she was only nine— is able to emerge as something, well, a little less witchy. It’s a pivotal moment when the weight of the spotlight could feel leaden.

It’s fitting, then, that My Week with Marilyn, out in November, is Watson’s first film since the book closed on Potter. Watson plays a stylist who worked with Marilyn Monroe (Michelle Williams) on the last film of her heartbreaking career. Although they’re both Hollywood blondes, that’s where the parallel ends. Watson is no whispering bombshell; she is decidedly more practical than that. “I can’t remember very much of my life when I wasn’t famous,” she explains simply, now settled in London. “I haven’t really known anything different. There have been times when my life was very odd, though. I could come from a day at school when I’d be doing math one minute and then changing into a premiere dress the next."

The fact that the daughter of two British barristers signed up to study English, history and art at the Ivy League school Brown University at the very pinnacle of her fame (when some other starlets end up scoring their first DUI arrest) is a tribute to her steely work ethic. But one can’t help but wonder if she feels like she has something to prove. “Schooling is important to me,” she says. “Having another part to me means that I don’t just feel valued for the way I look.”

But tackling a degree in the midst of a gruelling shooting schedule isn’t exactly child’s play. When Watson decided to take a semester off school, a maelstrom of media erupted, accusing her fellow students of bullying her right off the Ivy League commons—an accusation that she said was “beyond unfair” to the friends she made there. (Besides, she had even performed in the school production of Anton Chekhov’s Three Sisters.)

More on Emma’s blooming career on the next page…

But Watson, who is apparently such a conscientious student that she even enjoys exams, was hardly twiddling her thumbs while off campus. She dove into the world of fashion as the creative adviser for People Tree’s ecofriendly (and laid-back-student-lifestyle-friendly) line. While she has already mugged for the camera in several well-received Burberry campaigns, rocked more than her fair share of Chanel (and Canadian It-boy Erdem) on premiere red carpets and even scored an ELLE Style Icon Award, Watson told The Times that she was enthused about the possibility of trading merino for hemp. “I think young people like me are becoming increasingly aware of the humanitarian issues surrounding fast fashion and want to make good choices,” she said. Now, she’s hoping that the feeling spreads. “There are aspects of the fashion industry that can be cruel to the environment,” she explains. “It’s good to encourage people to consider what they are buying.”

In fact, it seems that Watson is rarely happy to just smile for the camera— even now that she has become the face of Lancôme’s new Trésor Midnight Rose fragrance. Filming the short that announces her as Lancôme’s youngest spokesperson, with Mario Testino, she seized the opportunity to infuse a little Watson-brand girl power. “I wanted the character to be a girl who isn’t waiting for her life to start when a man walks into the room,” she says. “She is someone who is complete in her own right—not waiting for Prince Charming. As I’m growing up, my definition of love is becoming a lot broader. This concept of there being one person for you—while it sounds very romantic, it actually isn’t, in a way. I think love is everywhere, and I don’t think you need to sit around and wait for it to be with one person.”

But, despite having a confidence that seems well ahead of her years, Watson admits to feeling a bit out of her depth and “less well-established” than Lancôme’s other famous faces: women like Julia Roberts and Kate Winslet, whom she idolized while growing up. (Winslet, she gushes, “is so real, grounded, honest and authentic.”) But, luckily, Watson was able to channel that antsy energy for her role as Sam, an awkward teenager, in next year’s The Perks of Being a Wallflower. “I felt really compelled by her struggle to believe in herself,” she says. “I think it can be confusing at times because there is such a broad definition of what it is to be a woman. It’s hard to navigate your way around that.” We’re quite sure she’ll find her way, though.

Emma Watson’s style diary is on the next page…

• “I’m English and I have a pale complexion, so I love blush.”

• “In the garden of my father’s house in London, we have jasmine growing on the balcony, so the scent of jasmine always makes me think of summer evenings and being outside.”

• “The funny thing about me is that I have tons of product. I have always loved makeup and its ability to transform, but I don’t actually wear a lot of it myself.”

• “My dad took my family on holiday to the south of France, and we visited a parfumier. I remember my stepmom getting very cross because she thought I was far too young to own my own fragrance! I think I was seven years old, but I still have it.”

• “I love Covent Garden and Soho, which has such a lively, colourful and vibrant atmosphere.”

• “I still have lots of family and friends in Paris. My favourite places are Café de Flore, the Shakespeare and Company bookstore and walking along the Seine.” 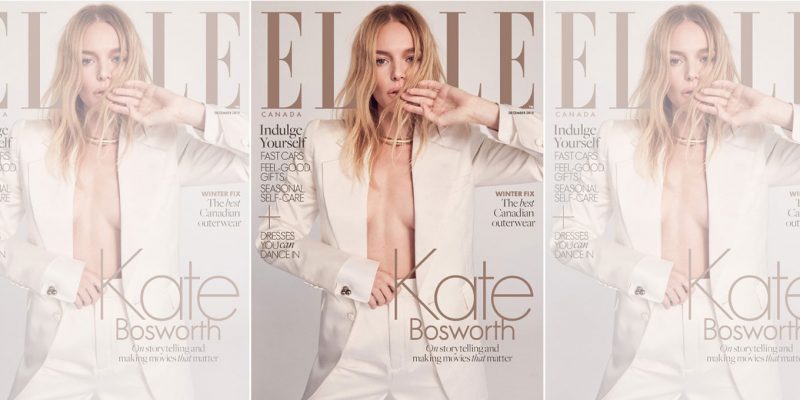