The sexy singer known for his soft melodies and romantic tone is testing his vocal chops with a new collab and covers album. 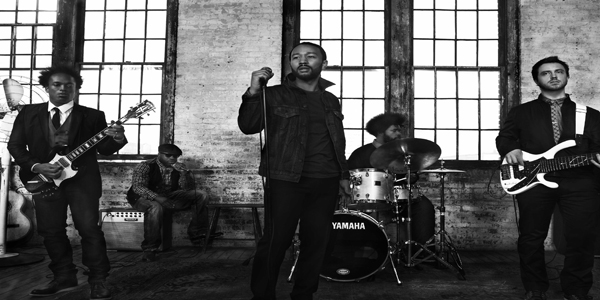 John Legend is the stuff of music lore. The musician has managed to bag six Grammy awards (only one behind fellow romantic crooner, John Mayer) and his love songs “Ordinary People” and “Save Room” were
Billboard favourites having both been listed in the “Hot 100” category; all of this, and he’s only 31-years-old.

His luck (and fanfare) is set to keep on keeping on with his latest disc,
Wake Up. Working with hip hop impresarios
The Roots, Legend has created a covers album inspired by the blues movement of the ‘60s and ‘70s.
While the tracks will most certainly get your groove on, the message is more about social activism then a Saturday night playlist. From everything to equality and the environment, singles include: “Wake Up Everybody,” by Harold Melvin & the Blue Notes;
“Wholy Holy” by Marvin Gaye and “Little Ghetto Boy” by Donny Hathaway.

Legend says he was socially and politically aware as a kid, always wanting to appear older than he was (“now I want to be younger,” he laughs) and frequently took out biographies from the library about great leaders, such as Martin Luther King Jr. and Abraham Lincoln.

See why fashion is important to this sexy singer

“It was really interesting to me and intrigued me, particularly reading about great black American leaders,” he says.
“It made me proud as a kid and it made me believe that I could do something special in life.”

Legend and The Roots began working on
Wake Up! in 2008 and put it on hold so Legend could tour his solo album,
Evolver. They got back to it earlier this year. “I’m so excited for people to finally hear it,” he says.

He knows the album is a bit unusual for the current pop market, but believes there’s an audience for it. “Clearly, stuff that’s geared towards a younger crowd tends to get played on the radio more, tends to be hot on MTV etcetera, but there’s also a place for some great soulful sophisticated music,” Legend says.

The always snazzy singer-pianist also maintains a strong fashion sense to go with his sophisticated musical style, whether singing sexy love songs or waking people up to bigger issues.

“Yeah, it’s important enough because visually you want to be received well because it either enhances or takes away from your music, depending on how the visuals go with it,” he says.

“Everything we do — whether it’s concerts or videos or live performances on television — there’s a visual aspect to it and you want to feel confident; you want to feel sexy when you go out there, like you’re unstoppable. Part of feeling like that is feeling good about what you have on.”