Elle Fanning is ready for the next chapter

Actress. Singer. Producer. Elle Fanning can do it all. 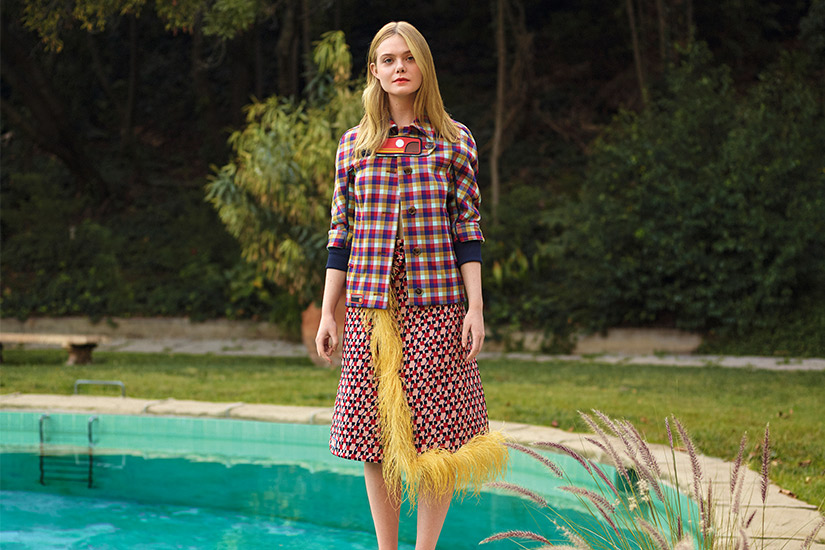 Elle Fanning is really, really feeling the Western-inspired outfit she’s wearing for our interview during the Toronto International Film Festival (TIFF). (It’s head-to-toe Fendi from the fall/winter 2018 collection, btw.) “I love the boots!” she says, drawing out the word “love” for emphasis. Fanning gives credit to her stylist, Samantha McMillen, for her look today but says she’s always involved in wardrobe picks. “I’m really invested in the clothes,” she says. “I like picking out outfits for red carpets.”

This, after all, isn’t her first rodeo. Though just 20, Fanning has been working since before she can remember, playing the toddler version of her big sis, Dakota, in 2001’s I Am Sam and then going on to star in Hollywood blockbusters like Maleficent and We Bought a Zoo. The effervescent L’Oréal Paris ambassador is at TIFF to promote her new movie, the musical Teen Spirit, in which she plays an isolated British teen who enters an international talent competition with dreams of being a pop star. Fanning sings in the movie, but that, surprisingly, wasn’t her biggest challenge. (This is an actress who can carry a tune.) “My character hardly smiles in the film,” she says with a laugh. “It was hard. I’m so smiley!”

[Laughs] “Secretly, deep down, I wanted to be either an actress or a pop star. Not many people know [about the singer part], so it’s cool to shock them. It was a lot of work. I’ve never done a full-on musical like that; people haven’t seen that side of me. I did choir in school but nothing huge like this, where I have to be onstage and really perform and sing in front of people!”

Lots of milestones for you this year. You’re also producing a movie, All the Bright Places. Is producing something you’ve always wanted to do?

“When you’re on sets growing up, you see people around you and all the other jobs that they’re doing—producer, director—so I’ve been around a lot of different occupations. I love films, and I would also love to direct one day. As an actor, you have creative freedom, of course, and it’s my dream job. But you’re fulfilling the director’s vision, and I would like to fulfill my own.”

You’ve successfully made the transition from child actor to adult star, which can be tough. How did you get through it?

“I have a great family. Also, I love what I do, so I think that helps. People who don’t necessarily love it maybe get distracted or sidetracked. But I just feel like I want to learn and I want to do better, so I stay focused in that way.”

“I mean, 21 is big because it’s the drinking age [in the United States]. But I feel like 20 is just as big because you’re not a teenager anymore so it’s a little sad and nostalgic. I don’t necessarily feel different, but I’ve started to feel that I am leaving [some things] behind. A whole new world of roles is opening up, young woman roles, so it’s exciting to get scripts like that.”

What do you hope to accomplish in your 20s?

“Wow, that’s so hard! [Laughs] Songs would be cool because we are releasing an album with this film. Fashion shoots and hopefully new, interesting characters. Who knows where I’ll end up? Gosh, now I’m thinking about what I’m going to do!”

Sorry! Let’s talk fashion. What was it like opening and closing the fall/winter 2018 Miu Miu show?

“It was incredible—almost as nerve-racking as singing. You kind of have to disappear into a character. Especially for Miu Miu—Mrs. Prada loves movies, so her shows are very cinematic. The girls had a strong look—our hair was really big, and we were kind of bad girls, so they said, ‘Go out there and try to look tough.’ It was hard, and people could see I was cracking a smile because I was so excited when I was doing it. It was totally spur of the moment. I thought I was just going to the show, but the day I was leaving for Paris, they asked, ‘Do you want to walk?’”

Have you always loved fashion?

“I was the child who got to wear what she wanted. My mom allowed me to have my expression of style. I guess that’s where this all comes from! Oddly, in high school, I was not embraced for my fashion by the other kids. But then I had the fashion world, red carpets. There were two different [influences]. I was trying to find myself and balance that.”

What actresses do you look up to?

“I’ve always loved Holly Hunter. And I’m fortunate enough that I’ve had the privilege to work with Angelina Jolie and have a relationship with her. She is very genuinely herself, and she’s also unapologetically herself, which is so inspiring, as was her power on-set as a woman and producer on Maleficent. She has a lot of say and input and care. The way she talks about it, it’s not like she’s just ‘Oh, I’m just putting my name on something’—she’s really producing. She’s getting the work done and also flying to other countries over the weekend just to do something with her charity and coming back to film.”

Successful people put the work in.

“I definitely love to have a great time. I really do. I can laugh and laugh.”