Jennifer Garner takes a break from blockbuster spy roles to explore the indie scene and tread the hallowed Broadway boards. 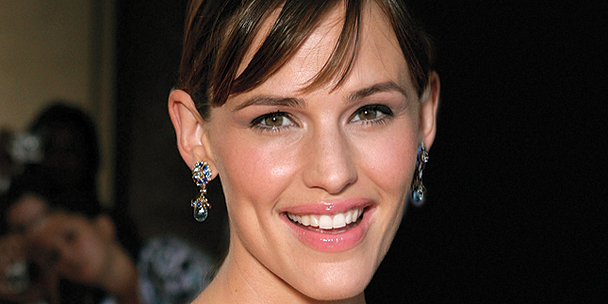 Jennifer Garner is used to suffering for her art — literally. As double agent Sydney Bristow on Alias, she routinely scuffled with rogue spies and unsavoury criminals. Between TV seasons, the 35-year-old Golden Globe winner played a nimble ninja assassin in Daredevil and its spinoff, Elektra. While Garner had a physical reprieve in films like 13 Going on 30 and Catch and Release, she returned to the action-thriller genre in this fall’s The Kingdom. She described the film’s fight scenes as “down and dirty” and collapsed twice from heat stroke when temperatures on the Arizona set soared to 46°C.

For her next creative challenges, it’s no wonder that Garner sought out gentler assignments. Following the lead of other A-listers who turn to indie fare (Toni Collette in Little Miss Sunshine) or Broadway (Julia Roberts in Three Days of Rain), Garner signed on for a supporting role in the film Juno and a lead role in the play Cyrano de Bergerac, co-starring alongside Kevin Kline.

“It has always been my absolute dream to be on Broadway, and I’ve always loved independent films,” explains Garner. “They can stay more true to character because they aren’t trying to get the next big laugh, and the plot can be a little more meandering.” Garner says that from the moment she read the script for Juno — a film that has been hyped as this year’s Little Miss Sunshine — it was a “no-brainer.”

This quirky comedy revolves around Juno, a precocious teenaged girl (played by Canadian actress Ellen Page) who ends up pregnant after her first sexual tryst with her Tic Tac-addicted boyfriend, Bleeker (fellow Canuck Michael Cera). It was directed by Jason Reitman of Thank You for Smoking indie fame, and the screenplay was penned by Diablo Cody, who wrote the popular autobiographical novel Candy Girl: A Year in the Life of an Unlikely Stripper.

“I read a lot of scripts and there are aspects of each of them that appeal to me, but this one had everything — especially heart,” explains Garner, who attended the film’s screening at the 2007 Toronto International Film Festival. “It’s about this family. You imagine that they are dysfunctional, but they are actually quite functional, loving and honest with one another.” For Garner, the scene that most captures their enviable bond occurs when Juno tells her parents she is pregnant and going to give the baby up for adoption to a yuppie couple she found in the local PennySaver. (Garner plays the adoptive mom, and Jason Bateman plays her less-than-enthusiastic husband.) Juno’s dad greets the news with a surprising sense of humour, noting that he didn’t think the gangly, soft-spoken Bleeker “had it in him.” Juno’s good-natured stepmother admits that she would have preferred to hear that Juno was on drugs or expelled from school but rises to the occasion by offering to get prenatal vitamins for her.

“My parents were with me at the screening in Toronto, and the first thing my mother asked me afterwards was ‘How do you think we would have responded if that had happened to one of you girls?’” says Garner. “And I said, ‘Without a doubt, I know you would have been loving. The agony would have been for me, knowing that I had disappointed you.’”

Although it’s a small role for Garner, she brings a warmth and vulnerability to the part that has garnered critical praise. As the mother of a two-year-old, Garner says she understands why her character ached for a baby. “Motherhood changes you,” she says. “I think it makes your world bigger and your emotions deeper — it adds so much joy to your life. I understand that missing out on that would be something I couldn’t bear, and I would do anything to fill that up.”

Garner adds that the film is a good reminder that adoption is an option, especially for young women who may not be ready to be parents but can’t quite wrap their heads around the idea of having an abortion. “I think it’s a beautiful story about adoption and knowing what you want and going after it.”

Aside from tapping into her own maternal sensibilities, Garner says that one scene between Juno and Bleeker reminded her of how we all struggle with our desire to be loved. “Juno says to Bleeker that she admires him because he doesn’t even try to be cool, and he quietly replies, ‘I do try — really hard.’ That scene always gets a reaction out of people: we all pretend we’re not trying to fit in, but of course we are — we all want to be accepted and liked.”

If her desire to be adored extends to theatre critics, Garner has no worries. Unlike Roberts, who was savaged by the press after her debut, the New York Times critic called Garner “captivating.” Another suggested that she broke the Hollywood stars’ Broadway curse with “astonishing grace.” But even if they had panned her performance, Garner says that returning to the stage fulfills a lifelong dream. As a graduate of The O’Neill National Theater Institute, Garner landed a job in 1995 as an understudy in a Turgenev play on Broadway that paid $150 a week. “I wasn’t an understudy for long,” she recalls. “I left to take a job on a miniseries because I needed the money.” Roles in other TV shows, including Felicity, and movies like Dude, Where’s My Car? and Pearl Harbor followed. In 2001, she landed the lead in Alias, eventually earning up to $150,000 an episode during the show’s final season in 2005. That same year, she landed 70th on the Forbes Power 100 celebrity list, married Ben Affleck and gave birth to Violet.

In spite of Garner’s personal and professional success, it’s surprising to hear her talk so honestly about being nervous about her Big Apple opening. Weeks before previews, she says she’s about to “pass out on the floor from nerves and terror.” How will she handle her stage fright? “Preparation — and more preparation!” she says, laughing. “I spent my childhood up until my early 20s onstage, so I just have to believe that in there somewhere is a calm me!”

Cyrano de Bergerac, which was inspired by a true story, is about the soulful poet and swordsman Cyrano (Kline), who is bewitched by the beautiful Roxane (Garner). Cursed with a large nose, he is too ashamed to declare his affections. When he learns that Roxane loves his handsome but dim-witted comrade, he pens love letters to Roxane on his behalf. The truth is eventually revealed, and love trumps beauty in the end. Does Garner — who is often billed as Hollywood’s most down-to-earth star — share the same cheery view? “Absolutely — I absolutely do!”Jennifer Garner’s favourites
First fashion moment “Dressing up as an elf in the sixth grade to serve pancakes to Santa.”

Fashion weakness “I have a real issue with Stella’s coats. I’m so glad I’ll be in New York for part of the winter because I can at least validate my Stella McCartney purchases!”

Advice to her teenage self “Take the classes I was least interested in — like history and Spanish — more seriously. All I wanted to do was take theatre classes, and now I wish I could go back and take philosophy.”

Philosophy of life “Happiness is your own responsibility.”