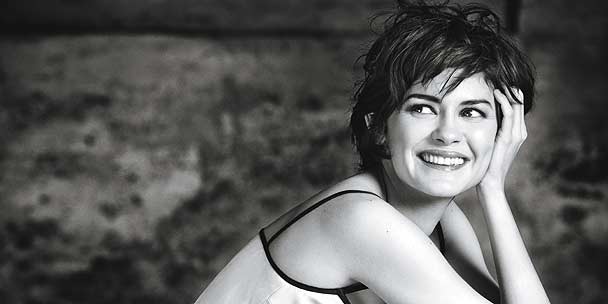 The last time we interviewed Audrey Tautou, she told us that her “star had reached its zenith with
Amélie.” That was eight years ago, and the young French actress was still coming to terms with her new stature as an international starlet. “You can’t imagine yourself a hurricane of glory when you’re not responsible for that glory,” she said. “Nothing prepares you for it.” Unlike the optimistic pixie heroine who transformed her into a supernova success, Tautou describes herself as “profoundly pessimistic,” adding that it’s a burden to be associated with such an idealistic and kind character. “No one forgives you if you’re not being the ubiquitous good fairy, available everywhere for everyone, spreading love and happiness,” she said. “In short, everyone wants you to perform miracles — like Amélie.”

Although Tautou has starred in other romantic comedies (
The Libertine and
Happenstance), as well as the drama
Dirty Pretty Things and the Hollywood blockbuster
The Da Vinci Code, her latest film —
Coco Before Chanel — will likely reignite another “hurricane” of frenzied attention. But, unlike Amélie, Tautou says that she and the legendary fashion designer share similar traits. “What links me to Coco is a certain strength of character,” explains the 33-year-old actress. “I try to find the same intensity in myself — and amplify it.” The film, which focuses on Gabrielle Chanel’s early years before she achieved her iconic fashion status, is set to debut at this year’s Toronto International Film Festival. We chatted with Tautou about the challenges and pleasures of playing the talented, mercurial designer.

If Coco Chanel were to appear before you right now, what would you say to her? “Oh, my goodness! I would totally like to sit at her feet and hear what she has to say! She was an incredible person: brilliant, hard-edged, provocative. Toward the end of her life, she became a reactionary with a volcanic temper — a real character!”

How are the two of you alike? “The thing that makes me feel closest to her is her immense desire for independence. Like Coco, I need to keep my distance from the environment I work in. Nothing upsets me more than fame and red carpets — I always look back to the life before…”

The challenges of playing Coco on the next page …

Before Amélie Poulain? “Of course! Because afterwards, everything flip-flopped. In general, I avoid going to Montmartre, where we shot a lot of scenes for the movie. If I do go, I wear a hat and glasses and keep my eyes glued to the ground. Could you imagine what would happen if a tourist going from one of Amélie Poulain’s haunts to another showed up at the Café des Deux Moulins and recognized me? He might think that the Virgin Mary had suddenly appeared in front of him at Lourdes!”

What was the biggest challenge of playing Chanel? “For me, she had an incredible temperament, the need to assert her taste and, above all, the will to keep moving forward despite the misapprehension of people around her. She felt an overwhelming need to be somebody, but she didn’t know how to go about it. It would have been easy for me to fall into the trap of playing Chanel as a stern authoritarian, but I found it more interesting to show her internal turmoil instead of immediately showing the imperious Chanel that we usually think of.”

Did you discover anything unexpected about her? “That you can only create if you have doubts. Even Chanel — who wanted everyone to believe that she was always sure about everything she did — spent the greater part of her life building walls around herself and cutting herself off from people. She did it to protect her so-called infallibility. Playing Chanel, I wanted to go behind the walls that she put up because I believe that the thicker someone’s shell is, the more she’s hiding.”

What was Chanel hiding? “For one thing, the pain she felt about seeing her great love get away. At the moment when Arthur Edward ‘Boy’ Capel — the only man she ever really loved — breaks the news that he will not marry her, she stoically replies that she always knew that she would be no man’s wife. You know, she could have allowed herself to be in love, but she forbid herself. She took refuge in a kind of wounded pride that stultified her and left her lonely and loveless. Even though her feeling of injury was a secret, it was a painful secret for her to bear.”

Were there any moments when you felt her spirit? “Yes, something very intense happened to me during the shooting of the final scene in the elevator at the Chanel house on rue Cambon in Paris. It was a Sunday. There were people everywhere, and I was feeling tremendous pressure. I had to become impervious to the brouhaha. I didn’t want to show even the slightest sign of weakness. It was in that moment that I completely identified with Chanel. I was wearing one of her famous jackets and I kept saying to myself, ‘Here you are in your own place, and all these people work for you!’ I don’t know if I succeeded or not, but I felt like I was really inside her skin.”

What’s next for Audrey on the next page …

You’re the new face for Chanel No. 5. What’s it like to follow in the footsteps of Catherine Deneuve, Carole Bouquet and Nicole Kidman? “Honestly,  I have trouble seeing myself as a poster girl of any sort, even if it’s extremely flattering! I’m not really cut from the same mould as all the famous women who have come before me.”

You bring a youthful, bohemian spirit to the perfume. Are you a boho at heart? “For sure! I hate routines. Except, of course, going to buy bread every morning at the local baker’s, which is practically on my doorstep. I don’t like the idea of being chained down. I guess that’s why I rent a small apartment with a friend in the ninth arrondissement.”

You’re a renter? “Buy something? Are you kidding? I don’t want the hassle. I like travelling too much and feeling free. I’m a solitary person — and I’m footloose too. I live in perpetual chaos. You definitely wouldn’t call my design sense ‘Zen’: There are CDs and books scattered everywhere. I buy a lot of them. I give a lot away as gifts too.”

What are you reading right now? “I am devouring Paolo Giordano’s bestseller
The Solitude of Prime Numbers. It’s an incredible story — disturbing and very dark.”

Is that the sort of world that you’ll enter in your next film? “No, not at all! I’m getting ready to leave for the south of France to play in a comedy by Pierre Salvadori. It’s going to be very light and funny — I love that!”

Are there any Hollywood films in the works? “No. It’s all for the good. I’m not very fond of flying — especially takeoff. I hide my fear as best I can. Like Chanel.”

Read more
Audrey Tautou is the new face of Chanel No. 5

The first look at Audrey Tautou as Coco Chanel 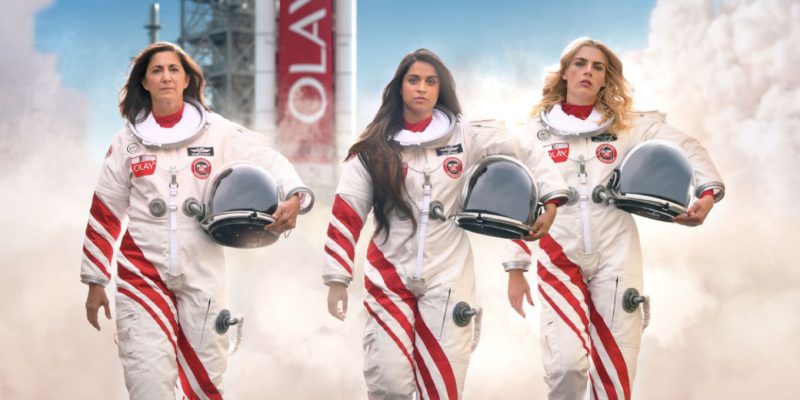