Jewel gets back to her country side with her new album. 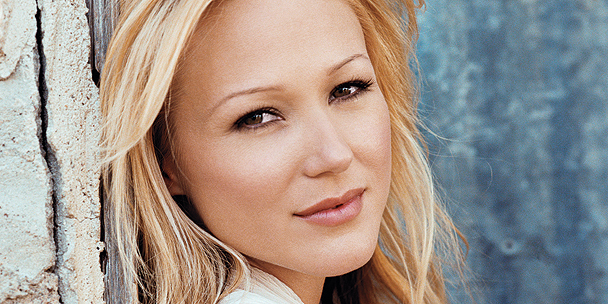 The line between country and pop has always been blurry – for musicians and listeners, not to mention radio programmers. The latest artist to cross the great genre divide is Jewel, who, after more than a decade of platinum success as a sweet-voiced singer-songwriter, has put out Perfectly Clear (Open Road Recordings/Universal Music Canada), an album that’s undeniably country, from its pedal-steel accents to the hurtin’ lyrics in songs like “Anyone But You.”

Still, Jewel herself maintains that she has always been partly a country artist, whether or not the industry recognized her as one. “I always saw Loretta Lynn and Joni Mitchell as the same thing – they just grew up in different parts of the continent,” says Jewel from the Texas ranch she shares with her husband, rodeo rider Ty Murray. “They were both writing about the sexual revolution and women’s lib. I grew up listening to country, and I’ve been writing country songs all my life. I didn’t suddenly wake up and write these songs in a new direction. I’ve always been able to sneak some country-leaning things onto my albums, but some were too country, so I waited to do a whole project.” Frustrated that Atlantic, her previous label, wouldn’t let her release her songs on country radio, Jewel left just to make a country album. So, what makes a song country or pop? “Sometimes it’s just how you dress it,” she explains. “‘Perfectly Clear,’ which I wrote when I was 18, sounded too different from the songs on my other albums. It’s definitely a country song – but it’s my style of country. ‘Two Become One’ was also on my album 0304. I cut it as a pop song for that album but I liked it as a country song, so I recut it for this record; I think it works much better that way.”

When Jewel had finished the album, she joined the independent label The Valory Music Co., signed up to appear as a judge on Nashville Star and got herself added to a Brad Paisley tour that will see her singing to mainstream country audiences through October. “It’s really exciting to be 34 and have the opportunity to introduce myself to new people every night,” she says. “Being on Nashville Star has definitely helped my public perception. I realize that not everybody knows how I was raised.” The Jewel lore includes a childhood spent on a remote family ranch in the wilds of Alaska, living without running water and television but with lots of music. “I’ve ridden horses and driven cattle my whole life,” she says. “I grew up in the country, and I’ve remained there.”