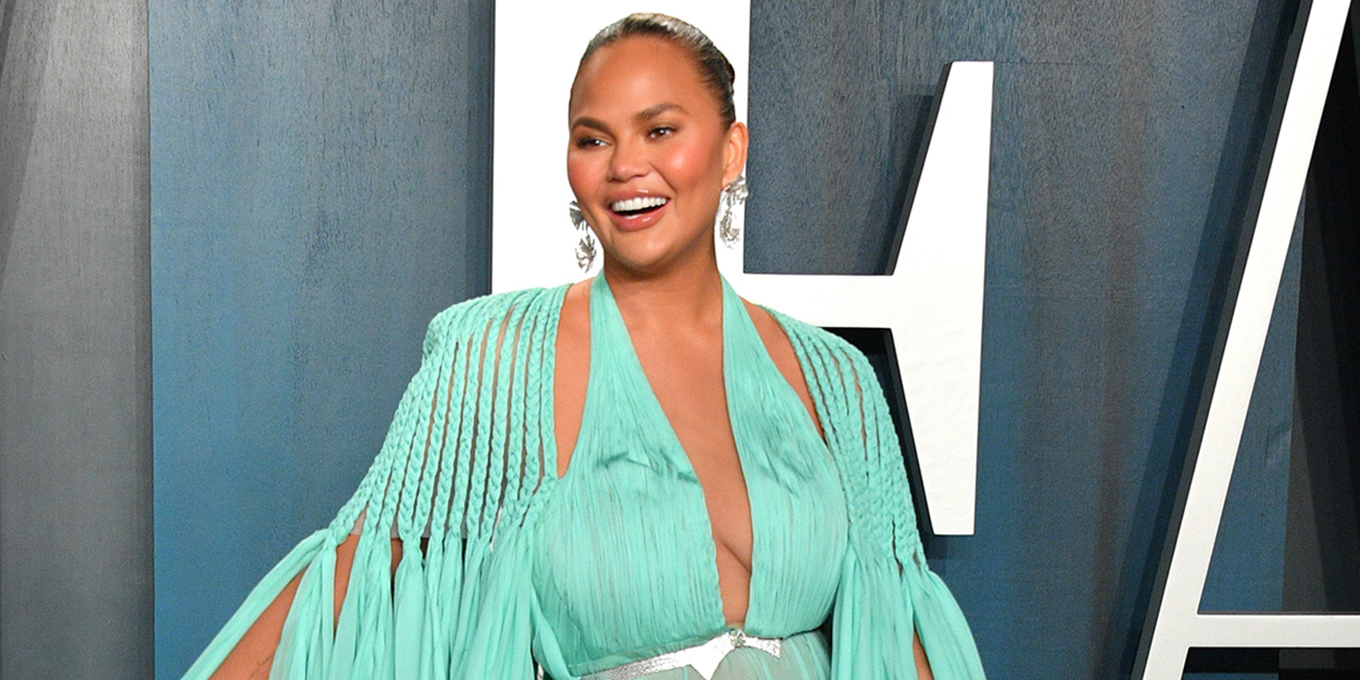 Chrissy Teigen revealed today that she is pregnant, nearly two years after she suffered the devastating loss of baby Jack.

The 36-year-old, who already shares daughter Luna, six, and son Miles, four, with her husband of almost 10 years, John Legend, announced the news via Instagram, sharing two mirror selfies that showed off her burgeoning bump.

In the photos, the mother-of-two is dressed in a cropped black T-shirt and sheer Gucci pants, as she poses against a backdrop of her walk-in-wardrobe.

Teigen, who earlier this year shared that she had resumed IVF after the passing her son in October 2020, wrote an emotional caption to accompany her current pregnancy announcement.

She began: “The last few years have been a blur of emotions to say the least, but joy has filled our home and hearts again.

The model continued: “Every appointment I’ve said to myself, ‘ok if it’s healthy today I’ll announce’ but then I breathe a sigh of relief to hear a heartbeat and decide I’m just too nervous still.”

“I don’t think I’ll ever walk out of an appointment with more excitement than nerves but so far, everything is perfect and beautiful and I’m feeling hopeful and amazing.”

“Ok phew it’s been very hard keeping this in for so long!”

Her post, which has been liked 2.6 million times (and counting), received plenty of love from fellow celeb moms, including Kate Hudson, who wrote: “Beautiful news [sic].”

Teigen and 43-year-old Legend’s children Luna and Miles were both conceived with the help of IVF treatments.

However, she became pregnant with baby Jack naturally, before he eventually died pre-term, following complications.

At the time, she shared the heartbreaking news to Instagram, writing: “We are shocked and in the kind of deep pain you only hear about, the kind of pain we’ve never felt before.” 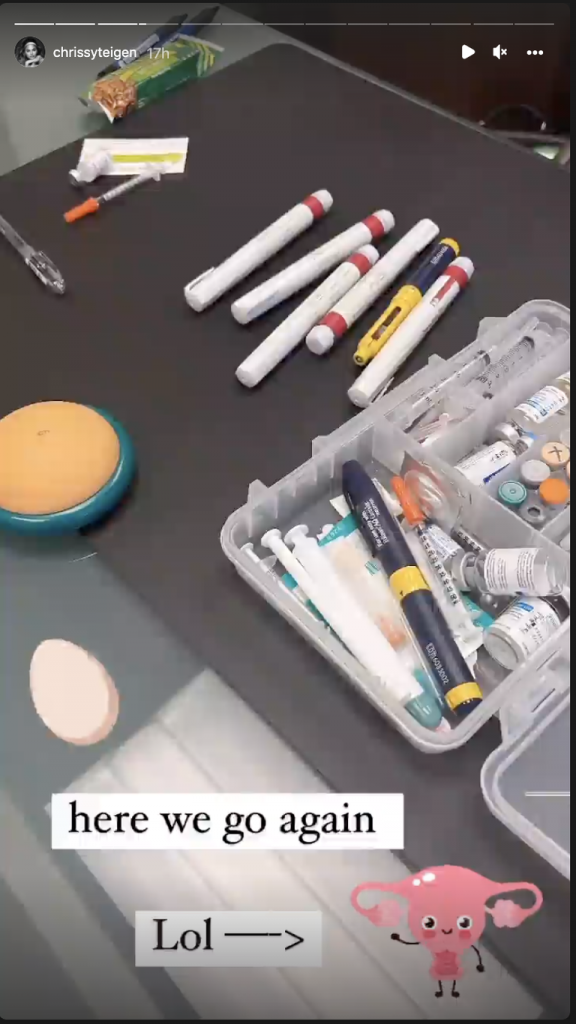 She concluded: “We are so grateful for the life we have, for our wonderful babies Luna and Miles, for all the amazing things we’ve been able to experience.”

“But everyday can’t be full of sunshine. On this darkest of days, we will grieve, we will cry our eyes out. But we will hug and love each other harder and get through it.”

It was in February of this year when Teigen announced that she’d restarted IVF treatment, hoping to extend her family-of-four.

She captioned the photo: “Hiiii. I posted about it in my stories, but I wanted to let you guys know I’m balls deep in another IVF cycle to save as many eggos as I possibly can and hopefully make some strong, healthy embryos.”

“I honestly don’t mind the shots…they make me feel like a doctor/chemist…but the bloating is a bitch, so I humbly beg you to stop asking if I’m pregnant because while I know it’s said with excited, good intentions, it just kind of sucks to hear because I am the opposite of pregnant!”

“But also like please stop asking people, anyone, if they’re pregnant. I said this in the comments and got yelled at because the internet is wild but I’d rather be the one to tell you and not some poor woman who will look you in the eyes through tears and that’s how you finally learn [sic].”

This is despite previously writing: “I love being pregnant, so so much, and I’m sad I never will be again. But I am lucky to have two amazing little ones who are transforming into big little people more and more every single day [sic].”