We asked some of Canada's biggest stars to dish on where they like to get pampered when they're not in the limelight. Read on to discover some of their favourite hot spots across the nation! 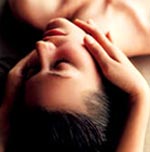 Civello Salon & Spa, Toronto
National Ballet of Canada principal dancer Aleksandar Antonijevic recharges his body and mind while having an Ayurvedic facial at Civello Salon and Spa. The plant-based Aveda products allow his skin relief from heavy stage makeup. All facials include an ancient Japanese Hara balancing massage treatment that promotes relaxation in the chest, abdomen and lower back. “You really feel like having just visited heaven in an hour and a half of your time,” says Antonijevic. (www.civello.com )

Sahara Spa, Moose Jaw, Sask.
Jeff Beesley, director of CTV comedy series Corner Gas, indulges in a Jamu massage with his wife once a week at Sahara Spa. Afterward, they relax with a glass of wine, an essential for surviving Saskatchewan’s long winters, he says. The Sahara is a traditional Balinese spa. The Jamu massage includes the combined techniques of acupressure, skin rolling, long strokes and percussion movements. (www.saharaspa.ca)

Ste. Anne’s Country Inn and Spa, Grafton, Ont.
Ann Rohmer, a City TV/CP 24 news anchor, ranks Ste. Anne’s Spa as one of her favourite spas in North America. She likes to escape to the country and have the Eucalyptus Body Wrap, an aromatic heat treatment that removes toxins, stimulates circulation and soothes tired muscles. “It makes me feel like I’m ready to take on the world in a very peaceful way,” says Rohmer. Ste. Anne’s was voted 2006 “favourite spa of Canada” by Spa Finder magazine. (www.spavillage.com)

Spa at the Monastery and Suites, St. John’s, Nfld.
Toronto actress Leah Pinsent (First Bite) always finds occasion to redeem the spa gift certificates that her dad, actor Gordon Pinsent (Away From Her), won’t use. While shooting the film Heyday! with her dad, she went to the Spa at the Monastery and Suites. “Anything for relaxation and good skin works for me,” says Leah. “I’m not a body scrub person. I’m more of a facial, rub my body type of person.” (www.monastery-spa.com)

Photo courtesy of Civello Salon SpaPrincess Nails, Charlottetown, P.E.I.
Louisa McCormack, author of Six Weeks to Toxic, prefers supporting the neighbourhood nail salon for some pampering. “A good pedicure makes you feel like you have your life in order,” says the Toronto author, who is based in Charlottetown while working on her second novel, The Catch. “It’s the grooming equivalent of tidying up your desk,” she says. (902-894-4466)

Seta Wellness and Skin Clinic, Toronto
Lauren Collins, who plays Paige in Degrassi: The Next Generation, swears by the Marma Facial at Seta. “Seta absolutely changed my life, and my skin, by making me think about what I was doing to my skin internally,” explains Lauren. The Marma approach taps into the Ayurvedic philosophy of holistic medicine and healthy nutrition. The Marma technique is kind of like reflexology for the face. As points on your face are gently massaged, corresponding body parts are stimulated, resulting in a flushing out of toxins and a healthy glow. (416-960-2456)

Vikaspa, Toronto
Toronto actress Emily Hampshire, who stars in the film Snow Cake, featured at this year’s Toronto International Film Festival, relaxes by having a 90-minute soothing facial with Jurlique products, made from herbs and essential oils. “It’s by far the best spa in the city,” she says. “Vikaspa also does this four-handed massage that is amazing.” (www.vikaspa.com)

Millcroft Inn and Spa, Caledon, Ont.
Erica Ehm, former MuchMusic VJ and Grammy-nominated host of parenting show Yummy Mummy, found it hard to resist sampling the Organic Chocolate Body Wrap while mellowing at the Millcroft Inn and Spa. It was all in the name of work, of course. “I was checking out the premises for my Yummy Mummy guilt-free getaway,” says Erica. “I had a decadent treatment.” She says men should try the Malt and Barley Scrub & Soak. (www.millcroft.com)

White Oaks Conference Resort and Spa, Niagara-on-the-Lake, Ont.
When Larysa Harapyn, entertainment reporter for Star! and CityTV, isn’t interviewing celebs, she likes to recharge at one of her favourite spas, White Oaks. “Enjoying a spa in the city is one thing, but taking the time with a girlfriend, or my mother, to drive out of the city is part of a great spa experience for me,” says Harapyn. She is a fan of the Nectar of Niagara Wrap, which includes grape seed exfoliation, followed by application of a heated wine and honey mask on the face and body. (www.whiteoaksresort.com)

Ten Spa, Winnipeg, Man.
When actress Wendy Crewson (Away From Her) was staying at the elegant Fort Garry Hotel in Winnipeg for its film festival, she was treated to the Head-to-Toe Fully Loaded Facial at Ten Spa. Once you’ve had your body worked over with an oil massage, your face is treated to exfoliation, a peel, collagen eye treatment, and a vitamin-infused oxygen blast. “They have an amazing hamam [Turkish bath], and the treatment was spectacular,” says Crewson. “Really luxurious.” (www.tenspa.ca)

Grail Springs Health and Wellness Centre, Bancroft, Ont.
Actor/writer/director Matt Austen (Power Rangers) recently returned from a getaway at the serene Grail Springs spa with his wife. “While overlooking a beautiful lake from my ‘I feel like a king’ bedroom, I went through many different treatments to rid my body of toxins,” says Austen. One was the Acupressure Flow Massage, which promotes circulation and relaxation through applying acupressure points and massage. “It’s more than a place to get pampered,” Austen says. “It’s a place to reset your body.” (www.grailsprings.com)