Celebrity reactions to the election that made us cry

The U.S. Presidential election caused a whirlwind of emotions, but it was these celebrity reactions that really gave us all the feels. 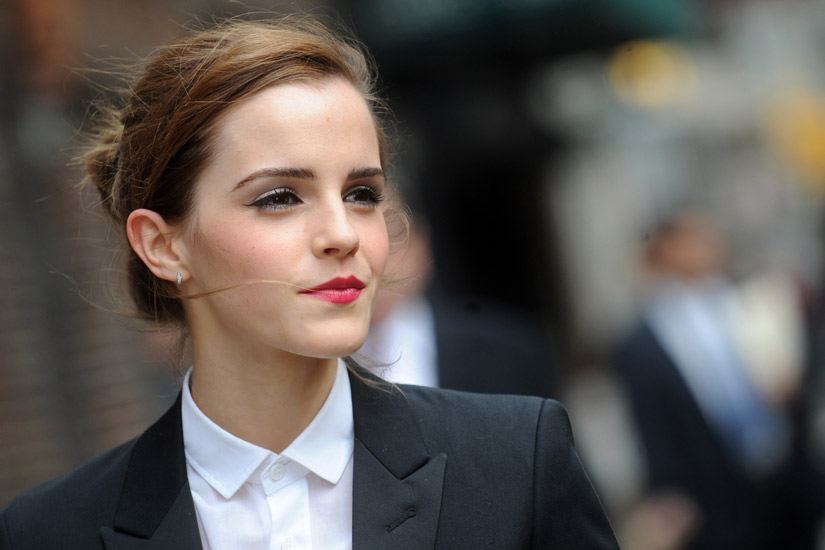 Oscar winner Aaron Sorkin penned a heart-wrenching letter in Vanity Fair to his daughter about the importance of standing up for what you believe.

“Here’s what we do…We get involved. We do what we can to fight injustice anywhere we see it — whether it’s writing a check or rolling up our sleeves. Our family is fairly insulated from the effects of a Trump presidency so we fight for the families that aren’t. We fight for a woman to keep her right to choose. We fight for the First Amendment and we fight mostly for equality — not for a guarantee of equal outcomes but for equal opportunities. We stand up.”

Chelsea Handler couldn’t hold back tears on her show the day after the election.

It’s been quite a time for the United States and the rest of the world as we all watched the election results come in early Wednesday morning. Some of us wept for our country. Some of us celebrated. Some of us are already taking to the streets in protest. You all know how I wanted and expected the election to go. I wanted us to choose unity and inclusion over building walls and singling out ethnic and religious groups for hate and suspicion. I wanted us to choose progress over yearning for some long-lost mythical era when America was supposedly greatest. I wanted us to destroy the highest glass ceiling instead of electing an admitted sexual assaulter. But we did not. These are the election results and all of us will have to learn to deal with it. I will not give up though. I will continue to be aware and vigilant. I will continue to speak out for justice. We didn’t think about the election when we planned the release date for this song and video. But in this time of conflict and uncertainty, it’s clear that we all need more love. I find it in my family and in my music. Embracing my family has made today full of love and light despite the bad news. But it’s also important that we show love and empathy to people who may not look like us or live like us. Those who are marginalized and rejected, feared and left behind. The video premieres Friday and features a diverse group of people from all over the world. From Standing Rock to Iraq, from Orlando to the DR. Love is universal. We all need it. We all can give it. And it will ultimately win over hate. I have to believe that. If you want to join in our celebration of love, use the hashtag #lovemenow and send us a picture of you and someone you care about.

Her letter on Glamour.com thanked Hillary Clinton for inspiring a whole generation of young women.

“We had courage because you’ve always had courage. We got back up and kept fighting because you are the ultimate boxer. We didn’t stay quiet because you never stayed quiet. We want you to know that we see the work you have done, and we now know the work we still have to do.”

The HeForShe ambassador’s simple, yet powerful, tweet reminded us that sometimes you just have to keep fighting.

Today I am going to deliver Maya Angelou books to the New York subway. Then I am going to fight even harder for all the things I believe in.

The talk show host’s opening monologue reflected on the what makes a country great.

JLaw’s statement on Broadly stressed that we cannot change the past, only the future.

“I want to be positive; I want to support our democracy, but what can we take away from this? It’s a genuine question that we all need to ask ourselves. We shouldn’t blame anyone, we shouldn’t riot in the streets. We should think strongly and clearly about what to do next because we cannot change the past…Do not let this defeat you — let this enrage you! Let it motivate you! Let this be the fire you didn’t have before.”

Seth Meyers had us all choked up talking about his mom’s vote for Hillary.

Activist Gloria Steinem explained what this election, and its result, really means for women in an opinion piece for The Guardian.

“Hillary Clinton didn’t just play the game; she changed the rules…That’s why she was, and always has been, supported more by women than by men, more by voters of colour than by white voters, and more by scientists than creationists. It’s also why she is deeply and vehemently resented.”

“Together, WE change the world.”

I believe we can. #LoveIsTheGag

And finally, Secretary Hillary Clinton’s powerful concession speech, and her inspiring message to all women, had us reaching for the tissues.