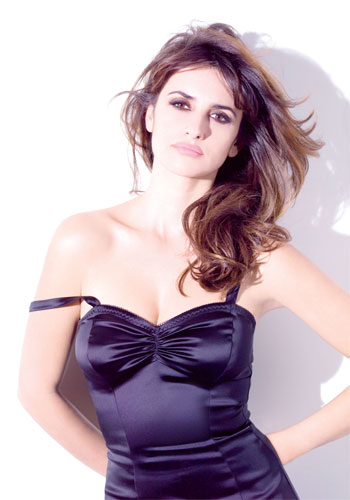 Penélope Cruz has made sultry, smoky eyes, a tousled mane and a knowing smile her beauty calling card. (Just think of her recent role as a seductress in Woody Allen’s film To Rome With Love.) According to the Spanish actress, her smouldering aesthetic is all down to destiny.

Growing up in Madrid, frequently ensconced in her mother’s beauty parlour, Cruz learned about more than just the power of a good blowout. “Women didn’t go to my mom to please somebody else; they went to create the image they had of themselves,” she explains.

She says the salon habitat was “therapeutic” and helped her develop a sense of character and a deep appreciation for women.

“They were all beautiful in their own way.” As a result, the Los Angeles standard of Hollywood beauty that now surrounds Cruz simply doesn’t hold much sway.

“Beauty is a very complex thing that can’t be put in a cage or defined by rules,” she explains. “It doesn’t have to be within the parameters that society dictates.”

In her latest film, Twice Born – which is based on the novel by Margaret Mazzantini and debuted at the Toronto International Film Festival this fall – Cruz broke beauty barriers in her role as Gemma, a single mother raising her teenage son and struggling with personal tragedies from the Bosnian War.

“I look for two things from an actor: ambition and humility,” says director Sergio Castellitto when asked about Cruz’s role in the film. “Penélope has the strong emotions I look for, and she is not afraid of looking ridiculous.”

A dynamic performance, however, wasn’t enough to transform the glossy Cruz into the war-torn yet courageous Gemma. A team of makeup artists worked to add 15 years to Cruz’s face, which humbled the actress (and surely made her more aware of anti-aging creams).

“My character goes through a lot of personal wars in the film, and that needed to show on her face,” says Cruz of her physical transformation.

Granted, the experience of seeing your face decorated with crow’s feet and age spots may trigger a desire to pre-book visits with a plastic surgeon, but Cruz sees aging differently: “My definition of beauty is without rules. It can be the face of a beautiful 90-year-old woman that is full of stories and emotion. Beauty is what somebody’s eyes communicate.”