Celebrity collectors: What do Hollywood A-listers dip into their wallets for?

Celine Dion has over 1,000 pairs of shoes. Sarah Michelle Gellar collects vintage books. Read on to discover what other celebs are spending their big cash on. 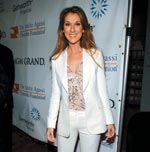 Aside from Golden Globes, Oscars and Harry Winston baubles, celebrities — like many of us — are smitten with collecting. “It satisfies that cocooning need in all of us,” explains Judith Miller, author of more than 100 books, including her bestselling Price Guide collecting series. “Celebrities are in the enviable position of having time and money, that’s true, but with a little knowledge and effort, everyone can find their own gems.”

So what do celebs covet, and how valuable is their own memorabilia on eBay?

Celine Dion
Collects: Shoes. (She has more than 1,000 pairs!) “I love high heels!” says Dion. “They’re feminine and sexy, and you walk differently in them than in running shoes.”
Hot trend: The fact that the Metropolitan Museum of Art in New York collects limited-edition shoes is a sure sign that they’re hot.
Miller’s tip: “A collectible has to be in pristine condition and stored in its original package. You need to ask yourself, Do I really have the willpower to buy a pair of Manolos and never take them out of the box?”
$$ Vivienne Westwood shoes from the ’80s may bring in $800 to $1,200 a pair.
eBay Don’t plan on retiring on Dion collectibles: her first four vinyl albums in mint condition got only two bids and sold for $12.

Sarah Michelle Gellar
Collects: Antique books. “I collect anything that’s old,” says Gellar, “and I’m not a snob when it comes to comic books.”
Hot trend: Modern first editions, like J. K. Rowling’s Harry Potter novels, are now even more valuable than antique books, says Miller. “The first signed copy of the very first edition of Harry Potter and The Goblet of Fire — signed by the author to her father — went for $48,000.”
Miller’s tips: “To identify a first edition, look for the number 1 in the series of numbers on the copyright page, and always look at the publishing date and compare it to the year the title was first published. Author’s signatures are a bonus. Buy signed copies of authors nominated for major prizes, like the Booker, before the winner is announced.”
$$ Prices vary considerably. “It depends on whether the book was owned by a famous collectible author or by a famous person,” explains Miller. “William Golding’s Lord of the Flies [1954] may be worth between $10,000 and $14,000 — my friend picked one up at a yard sale in Philadelphia for US$5! — whereas a first edition of L. Frank Baum’s The Wonderful Wizard of Oz [1900] can bring in $40,000 to $50,000.”
eBay A beautiful lace bra, size 32B, worn by Gellar as Buffy on the hit TV series Buffy the Vampire Slayer got five bids and sold for $79.

Diane Keaton
Collects: Bakelite jewellery.
Hot trend: It was popular in the ’20s and ’30s, and the brighter, more colourful pieces are the most desirable.
Miller’s tips: “Transparent ‘apple juice’ Bakelite jewellery is one of the most collectible and can be carved and painted, adding yet more value.” Watch out for reproductions, adds Miller. They are often lighter in weight. Examine pieces closely, using your fingernail to feel for scratches and cracks. These can be hard to repair if they are too deep and will devalue a piece considerably.
$$ $100 to $3,500 (for a rare apple-juice head pin with multicoloured headdress).
eBay A live auction of a burnt-orange dress from The Godfather (1972) — worn by Keaton as “Kay” during the wedding scene at the beginning of the film — had a starting bid of $2,350, but there were no takers. Previously, the dress had been on display at Burkett’s Hollywood Museum in Branson, Mo.

Photo courtesy Ken Mazur/wireimage.com Jennifer Tilly
Collects: Hats from the ’20s.
Hot trend: Dior, Chanel or Schiaparelli.
Miller’s tips: “First, always buy a hat that epitomizes the period. Second, be sure it’s in good order. Third, check the label! Dior hats from the ’60s go for $100, but prices are rising for other vintage items!”
$$ $5 to $1,000, depending on the label.
eBay An 8″ x 10″ glossy signed by Tilly for her role in Chucky sold for $8.50 after two bids.