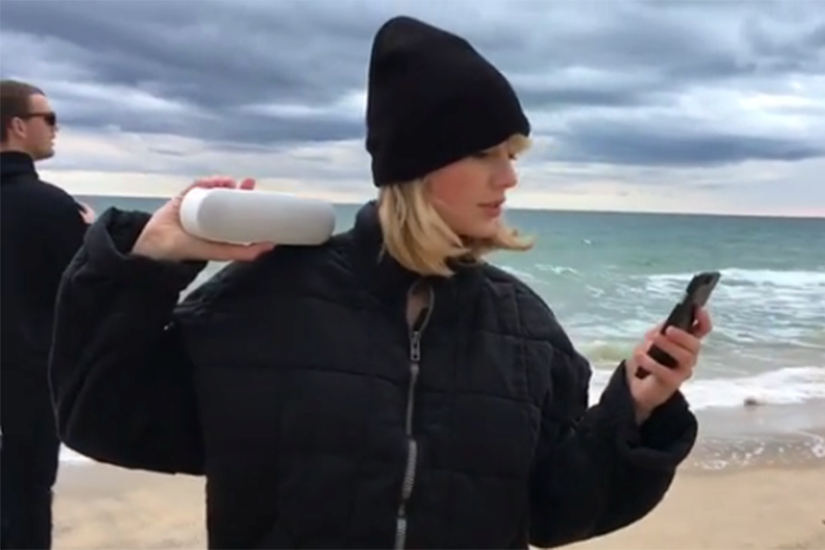 Everyone, meet our new favourite meme, the #MannequinChallenge. It’s super simple: grab your crew, create a scene and freeze. Someone then moves through the motionless crowd with a camera, getting a close-up of each part of the tableau.

Apparently, the mannequin challenge first popped up online at the end of October when a group of high school students from Florida posted their own video.

And, of course, all of our favourite celebs are joining in on the fun.

Freezing our @WhiteHouse visit in time forever with @FLOTUS!#MannequinChallenge ?? pic.twitter.com/iX1qaJ8qQQ

Adele went to the Wild West.

Even Hillary Clinton took a moment to pause on her campaign plane.

James Corden and the crew at The Late Late Show joined together for a massive scene.

And it looks like Kevin Hart had to flex his muscles to get this tableau to work.

A video posted by Football Basketball Athletes (@super_athletes) on Nov 6, 2016 at 5:16am PSTTayversion involves a shake-it-off spin at the end.

Brit Brit and her crew’s Las Vegas show rehearsal came to a stop.

We use our bodies to make our own #MannequinChallenge ? THANK YOU for voting #PieceOfMe for @TheBestOfLV!!!

Taylor and co. outside her Rhode Island beach house shaking off Thanksgiving calories.