Jump on the charity bandwagon with Angelina and Oprah and find out why philanthropy is the next hottest trend. 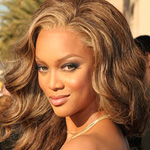 Celebrities and philanthropy go hand-in-hand these days, with high-profile stars like Oprah Winfrey and UN ambassador Angelina Jolie making headlines for their efforts to improve the lives of those in need. Here are ten more women using their fame for good:

Tyra Banks — TZONE
Supermodel Banks founded TZONE and its annual summer camp for girls, as a way of fostering sisterhood and promoting self-esteem among low-income and disadvantaged young women.

Katie Couric — National Colorectal Cancer Research Alliance
In March 2000, Couric co-founded the NCCRA, which aims to increase awareness about, and promote the screening process for this particular cancer — which claimed the life of her husband.

Celine Dion — The Canadian Cystic Fibrosis Foundation
The celebrated chanteuse has been an advocate for the foundation since 1982, and was spurred into action by the death (from CF) of her teenaged niece.

Salma Hayek — Speak Out Against Domestic Violence
Along with supporting the organization’s work to prevent violence against women, Hayek testified before the U.S. Congress on their behalf in 2005.

Ashley Judd — PSI YouthAIDS Project
Judd became a global ambassador for the group in 2003 and has since testified before the U.S. Senate Foreign Relations Committee and traveled around the world to promote HIV awareness among teenagers.

Jane Kaczmarek — Clothes Off Our Back
The Malcolm in the Middle mom and her husband, Studio 60’s Bradley Whitford, founded this fashion-driven organization which auctions off celebrities’ duds and donates the proceeds to various children’s charities.

Alicia Keys — Frum Tha Ground Up
Keys sits on the board of directors and has donated four $5000US college scholarships to this program aimed at enriching the lives of needy youth.

Helen Mirren — Oxfam
Mirren travelled to Uganda to draw attention to its bloody civil war and the tens of thousands of displaced peoples, most of whom are children, suffering as a result.

Rosie O’Donnell — For All Kids Foundation
The talk-show host founded FAKF — which supports non-profit organizations aimed at improving the social, intellectual and cultural development of disadvantaged children — in 1997.

Sarah Jessica Parker — UNICEF
In 1997, Parker joined the likes of Audrey Hepburn and Nicole Kidman as an ambassador for UNICEF, helping raise awareness about the organization’s works and its annual “Trick-or-Treat” campaign.