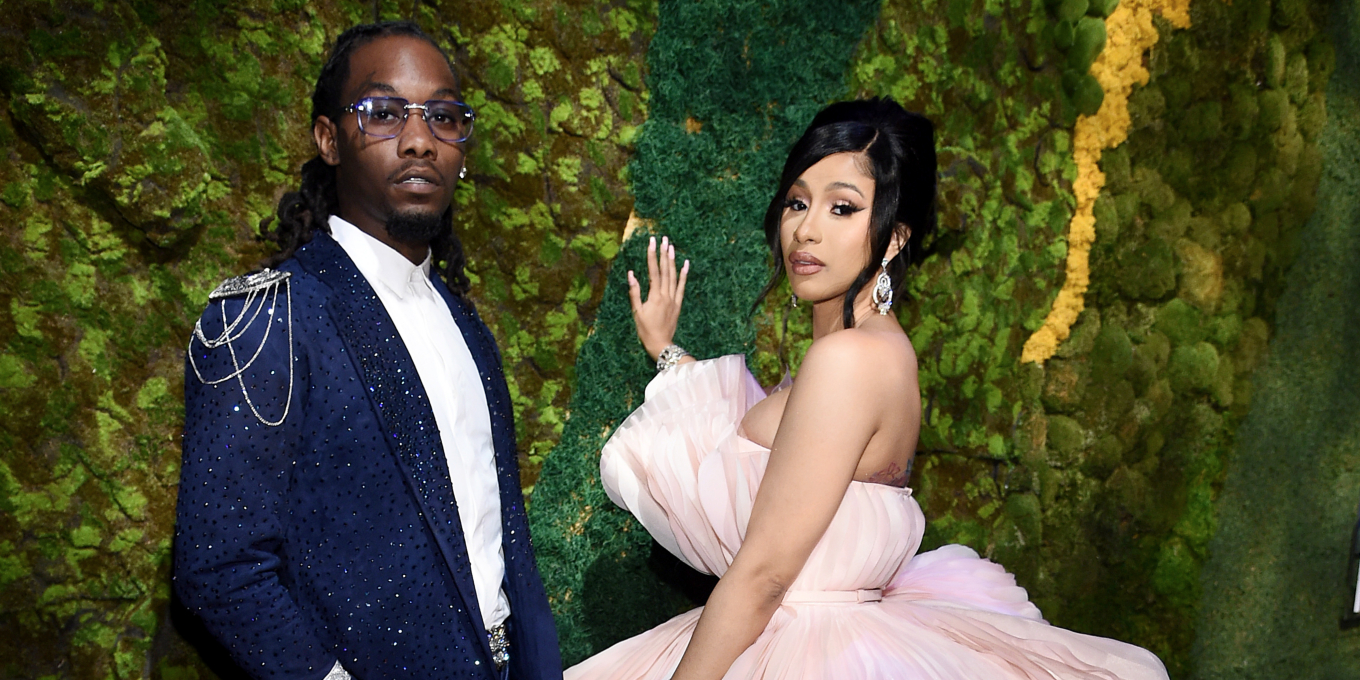 Cardi B has officially welcomed her second child with husband Offset—a baby boy.

The pair shared the happy news to Instagram overnight with a picture of the smitten parents gazing at their son, who is swaddled in a blue blanket. Meanwhile his mum (forever keeping it chic) is seen covered by a Louis Vuitton throw.

“9/4/21,” the rapper simply captioned the pic alongside three emojis: a dinosaur, a blue heart and a teddy bear.

The iconic 28-year-old rapper announced her pregnancy mere months ago at the 2021 BET Awards when she revealed all while joining her husband’s hip hop trio Migos on stage.

As she joined the group, she revealed her baby bump, naturally sending her fans into various fits of joy. She later shared several professional shots of her growing tummy, with one featuring a white mould of her baby bump.

In another image featuring Offset cradling her, Cardi B wrote: “We listened to each other, communicated, prayed and then God blessed us and our family with another little blessing. Our home feels so blissful and very busy… but we are ready and so happy!! Thank you soo much everyone for the congrats and well wishes.”

Cardi B and Offset originally sparked romance rumours back in early 2017 when they were spotted at the Superbowl together. Soon after, they collaborated and appeared in the music video for their track, Lick. By June, they’d confirmed their relationship publicly.

Not long after, Cardi B and Offset married in a private ceremony. They kept the nuptials under wraps for a whole year before revealing they were husband and wife in June 2018.

After welcoming daughter Kulture, the pair announced they’d split. But it wasn’t long before they were back together.

Now, they have a newborn son to add to their growing family, and it looks like they’re happier than ever. Congratulations to the new parents!