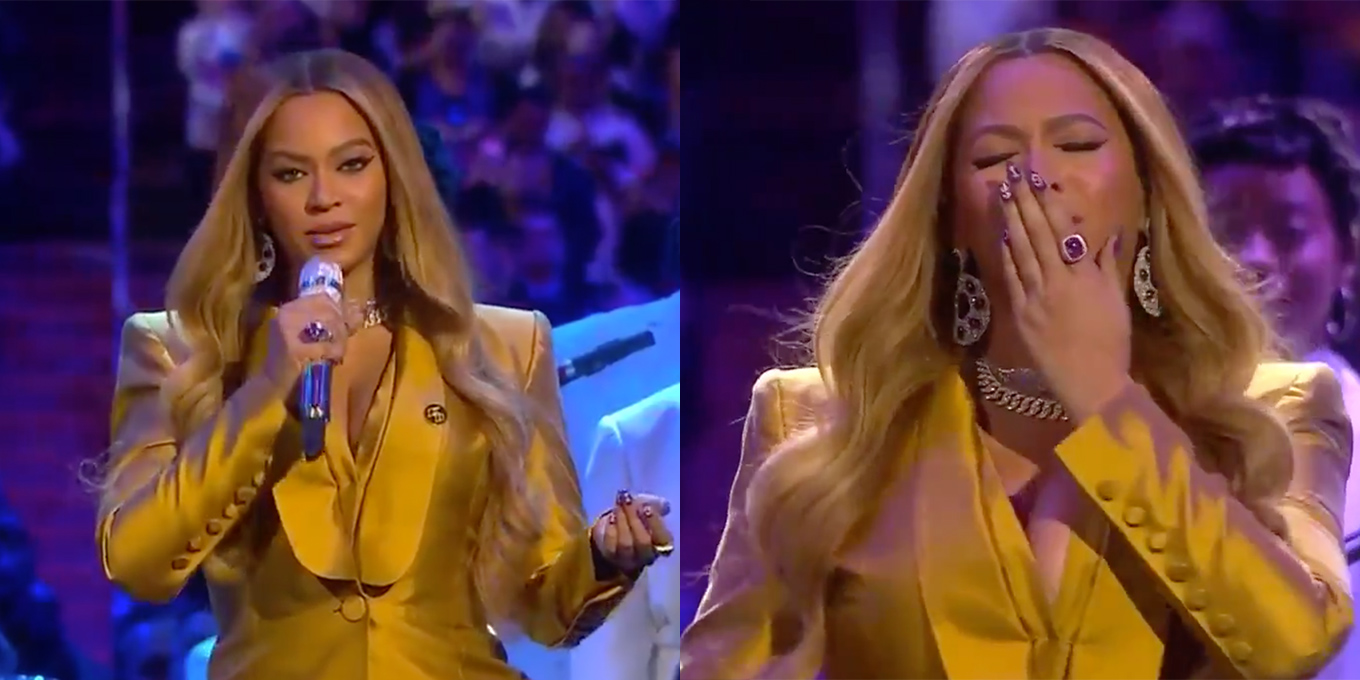 Today, 20,000 people including Kobe Bryant’s family, friends and fans gathered at the Staples Center in Los Angeles to honour the memory of Bryant and his daughter Gianna, who tragically died in a helicopter accident last month.

Beyoncé kicked off the Celebration of Life with a moving performance of “XO,” backed by an orchestra and choir. “I’m here because I love Kobe,” she declared. “This was one of his favourite songs.” She invited the crowd to sing along, then performed her uplifting track “Halo,” visibly bringing the audience to tears.

💜💛 @Beyonce pays tribute to Kobe and Gigi Bryant with a couple of his favorite songs pic.twitter.com/HIfTfWmtlS

The public memorial service was moderated by Jimmy Kimmel, who gave a heartfelt introductory speech. Kobe’s wife, Vanessa Bryant also delivered an incredibly powerful eulogy about her husband and daughter Gianna. Jennifer Lopez and NBA greats such as Michael Jordan were among attendees.

Other performers included Alicia Keys, who hosted the Grammys the same day of Kobe and Gianna’s deaths on Jan. 26, as well as Christina Aguilera, with an emotional rendition of “Ave Maria.”

It’s been over a month since Kobe and Gianna were killed in the devastating helicopter accident, along with 7 others. The memorial is meaningful for fans in many ways, including today’s date, 2.24.20, which represents Gianna and Kobe’s jersey numbers (24), while 20 represents the number of years he and wife Vanessa were together. The Staples Center is also where Kobe played for the Los Angeles Lakers for the majority of his career.

You can watch the full Celebration of Life below.