'It feels harder and harder to not share my truth on here.' 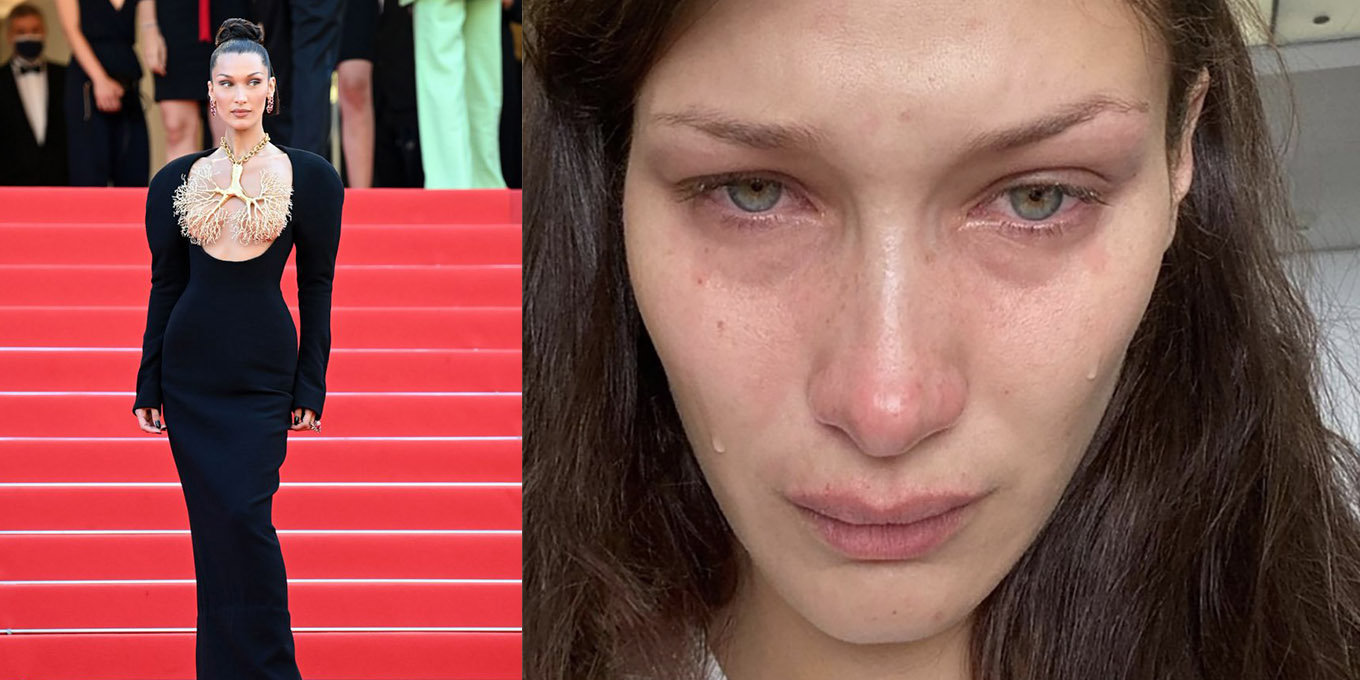 Bella Hadid has opened up to her 47.2 million followers about her struggle with mental health, revealing that she cries almost “everyday” and “every night” over the past few years.

In an Instagram carousel on November 9, Hadid posted a clip of Willow Smith discussing the relationship between art and self-deprecation, to which the 25-year-old model linked to her own feelings of insecurity.

“I Love you and your words. It made me feel a little less alone and that’s why I’d like to post this,” she wrote in the caption.

In the video, Smith explains, “That feeling of thinking that you’re good enough or being insecure about your art is natural, but at the same time, I feel like it’s taught.”

“All humans are different, every single human has something so special and unique to offer. And people forget that everyone is basically feeling the same way: lost, confused, not really sure why they’re here,” Smith says. “And that anxiety, like, everyone is feeling that—and trying to cover it up in some way. We’re gonna come together in our flaws. In our insecurities, in our joy, in our happiness, and accept it all as beautiful and natural.”

However, after the interview clip, Hadid shared nine emotional images of herself crying to show how she’s battling with her own mental health struggles.

“This is pretty much my everyday, every night, for a few years now,” the caption read. “Social media is not real. For anyone struggling, please remember that. Sometimes all you’ve gotta hear is that you’re not alone. So from me to you, you’re not alone. I love you, I see you, and I hear you.”

“Self-help and mental illness/chemical imbalance is not linear and it is almost like a flowing rollercoaster of obstacles… it has its ups and downs, and side to sides. But I want you to know, there is always light at the end of the tunnel, and the rollercoaster always comes to a complete stop at some point.”

She continued, “There is always room for it to start up again, but for me it’s always been nice to know that even if it’s a few days, weeks, or months, it does get better, to some extent, even for a moment.”

“It took me a long time to get that in my mind, but I’ve had enough breakdowns and burnouts to know this: if you work hard enough on yourself, spending time alone to understand your traumas, triggers, joys, and routine, you will always be able to understand or learn more about your own pain and how to handle it,” she explained.

“Which is all that you can ask of yourself. Anyways. Not sure why but it feels harder and harder to not share my truth on here. Thank you for seeing me and thank you for listening. I love you.”

Of course, there will always be discussion around celebrities and how the resources and opportunities they have can make the world less sympathetic to their struggles. But, when famous faces like Hadid and Smith—among many others—begin to open up about their own battles with their mental health, perhaps it can change the way society looks at, and judges, those who openly and actively struggle.

After all, with Hadid’s speech aimed at her millions of followers, she’s adding transparency around the mental battles that those around us face frequently. So, we take our hat off to her.