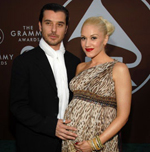 With the exception of the occasional misstep — like the “Vulcan hairdo” and Star Trek-inspired gown at 2004’s Golden Globe Awards — Gwen Stefani is known as much for her bold style as her music. Her debut fashion collection, L.A.M.B., which she launched in New York last fall, got rave reviews, and her first solo album, Love. Angel. Music. Baby., has sold more than five million copies since its release in late 2004. Yet, in spite of this success, the 36-year-old mother-to-be admits that she can’t resist googling herself when she’s in need of a little reassurance and feedback.

“You get tempted to see what people think of what you wore at an awards show or what they thought of your performance somewhere … it’s inevitable,” says Stefani, backstage, an hour before her show at Toronto’s Air Canada Centre in the last leg of her Harajuku Lovers tour. “You can’t help yourself. It’s not a good idea to do it. If I’m sick of myself, then I know other people must be sick of me too. And I am sick of myself. I just want to hang out with my husband and hibernate.”

But before she gets all cozy, the reigning First Lady of Pop has to entertain the 15,000-plus fans who are waiting for her to belt out “Hollaback Girl,” one of the surprise hits from her latest CD. The sold-out show is just one of several exclamation points on a remarkable year for Stefani, but don’t call it a breakout: the Anaheim, Calif., native has been a household name for the better part of a decade as front woman for the multi-platinum pop/ska band No Doubt. Stefani has always diplomatically refuted suggestions that it was her unique synthesis of guts and glam that elevated the group above their many forgettable ’90s contemporaries, but her club-flavoured solo album confirmed her star status.

Despite a hype machine operating at full effect, the album wasn’t an instant smash. The leadoff single “What You Waiting For?” fizzled, causing many critics to speculate that the album was little more than an ancillary product to Stefani’s designer clothing line, L.A.M.B. (an acronym for the album’s title). But a pair of unlikely hits — the Fiddler on the Roof — sampling “Rich Girl” and the deeply wacky “Hollaback Girl” — propelled the album back up the charts.

Photo courtesy of Kevin Mazur/Wireimage.com Having just learned that she and Love. Angel. Music. Baby. have been nominated for five Grammy Awards, Stefani deflects congratulations with a shy laugh. “I can’t believe that I’m still in the game,” she says. [Stefani ended up not winning.] “This record was meant to be a fun side project, and it turned into this huge accomplishment,” she says. With a huge tour to match: since hitting the road in October, Stefani and her troupe of dancers — including her ever-present backup, the Harajuku Girls — have performed in 20 cities in the United States and Canada.

“I wasn’t going to tour,” she says. “I had no desire, and I couldn’t picture myself doing it without the guys [in No Doubt]. But I’m glad I did it, because it has completed the whole thing and made it real.” Stefani’s no stranger to the road, having toured relentlessly with No Doubt. In the early days, the band was renowned for its live shows. Concert footage from the period depicts Stefani as a hard-driving dynamo less concerned with her appearance than her all-out performance. “Putting this new show together with all its costume changes is something I’d never done before,” she says. “I was in a band where I’d go up there, sweat and get off the stage.”

Stefani’s commitment to giving her all hasn’t wavered, but her new incarnation as a dance-pop doyenne means that her show has become more elaborate. “I wanted to indulge in this love I have for theatre, for musicals and for cheesiness,” she explains. “I wanted to indulge in my girlie side. For me, what was important for the show was the dancers, and showing off the Harajuku Girls.” It’s this same theatrical impulse that inspired her to enter the world of fashion-a high-pressure milieu that she says initially fell outside of her comfort zone. “It was so new,” she recalls. “I didn’t know anything about fashion. I just h
made it up. I wasn’t going to do a collection until I felt like I was really ready to raise my hand and say what I wanted to say because I felt good about it. It was a way to set a goal for myself.”

Photo courtesy of Kevin Mazur/Wireimage.com Stefani’s uncertainty persisted right up until her show at last fall’s New York Fashion Week, where L.A.M.B.’s spring line was unveiled to admiring reviews. “I was really worried,” she insists. “I felt useless backstage. At a certain point, I knew I had done my job and now everyone else was doing theirs.” The show went off without a hitch, and Stefani started rehearsals for her first solo arena tour. The strain of performing every night hasn’t dimmed her enthusiasm for designing, though: she says she envisions devoting even more time to fashion in the future. “It’s less pressure than songwriting for me,” she says, laughing. “It’s less emotional. It’s a really great creative outlet for me. I can do it when I have a family.” At the time of this interview, Stefani hadn’t officially announced her pregnancy, but she dropped a hint when asked if she would be collaborating on any songs with her husband, rocker Gavin Rossdale. “I think the ultimate collaboration between us is yet to come … and it’s not music,” she says, smiling.

Weeks later, after news broke that she is expecting a baby in June, Stefani decided to delay the release of her second solo album. Many of her best songs with No Doubt, including 2000’s moving “Simple Kind of Life,” were laced with ruminations about her future, specifically her desire to have children and settle down: “I always thought I’d be a mom / The longer that I wait the more selfish that I get / And all I ever wanted was the simple things / A simple kind of life.“

It has been six years since Stefani penned those lyrics; while she admits that certain aspects of her “un-simple kind of life” have subsequently come into focus — she married Rossdale in 2002 after dating him for six years — at times she still finds herself plagued by personal insecurity. “I’ll always be insecure,” she says. “I’m really good at it. As far as having a family goes, I don’t know. I can’t imagine what it’s going to be like. I don’t even know what that kind of love is-the love a mother has for her baby. I’ve never experienced it. I’m hoping it’s going to take over. I don’t want to be the kind of mom who pops one out and says ‘I gotta go be a star now.’ That’s not who I want to be! Being a mom is going to take up a lot of my passion, but I’m still going to be me.” 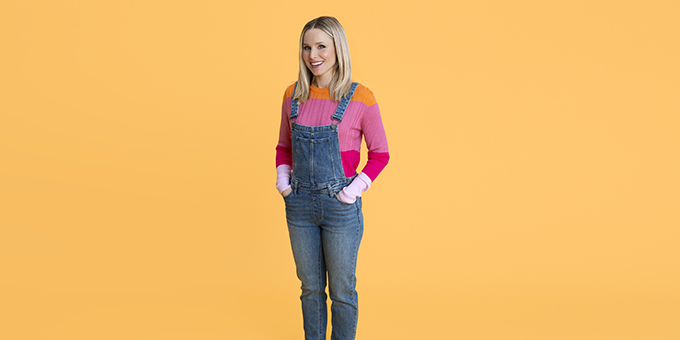