Austin Stowell on Emma Stone, being a good listener and his English Bulldog Gus 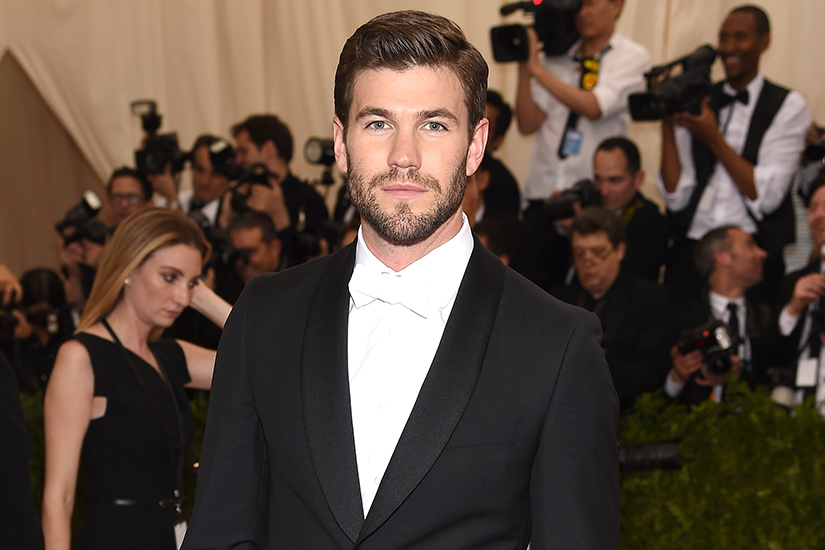 The first thing Austin Stowell says when we walk into the interview space—a cavernous hotel banquet room with four chairs arranged in a lonely little circle in the room’s centre—is this: “Oh man, I wish I could bring my dog to run around in here!”.

The topic of Gus, the 32 year old actor’s English Bulldog, aka “my little homie”, comes up a lot in conversation, due in part to a reporter who’d rather talk about dogs than basically anything else, and also because Stowell himself had just come from a photo shoot with puppies (PUPPIES!).

“I was like, ‘Oh my God, there are dogs everywhere,” recalled Stowell, smiling at what probably felt like a distant memory, even though it had happened just that morning. He was in town for TIFF, you see, and as one of the stars of one of the festival’s biggest break-outs, Battle of the Sexes, it had been a whirlwind of interviews, photo calls, and later, the red carpet.

Listen in as we chat with this rising star—who you might recognise from work in movies like Colossal, Whiplash and who will also be starring opposite Chris Hemsworth in this fall’s Horse Soldiers—about acting with Emma Stone, nicknames, and working on a dog-friendly set (yep, we’re back there again).

You’re at TIFF for Battle of the Sexes, which tells the true story of tennis legend Billie Jean King’s historic match against Bobby Riggs in 1973. It’s described as a dramedy. How does that work?

Steve Carell plays this bombastic male chauvinist. He’s dressed up as Little Bo Peep, guiding sheep around a tennis court and hitting around them, then playing with a frying pan because he’s making some sort of metaphor that Billie Jean King should have a frying pan instead of a tennis racket. That part is funny.

What’s the “dra” part of this dramedy?

Through Billie Jean’s journey through the movie, you see the effort and dedication that went into not only this match, but her life. This was at a very complex time in her life and in the world. This was post-Vietnam, this is Richard Nixon era, women’s lib is on everybody’s mind, and she is the face of that charge. There was so much pressure on her, not just in this match but in her life. She was being attacked from all sides by this old-world thinking that men are superior and that women should be used and not looked at as equals…which is ridiculous.

Larry is a man that is not looking for the spotlight. He’s incredibly aware of what Billie Jean represents and her potential for social change, for global change. He is there to support her in any way shape or form.

There’s an idea around that “the price of success for a woman is that no man will actually want you because they’re terrified of you being powerful”. Larry feels like a rare character, especially in 1973.

There’s that old adage of, “Behind every good man, there’s a woman.” In this case it’s “Behind every good woman, there’s a man.” He was her rock. I really feel like Billie Jean knew that she had that steady presence in her life. What an amazing, forward-thinking, modern man in 1973. He was just doing it, not because he thought it was the right thing to do or that he was going to be different and stand away and fight against the current, it’s just who Larry is. I’ve gotten a chance to speak with him a little bit since the movie and he’s a lovely man. He’s really good at reading her, and they’re really great at reading each other. They’re still great friends today [Ed’s note: The real life couple divorced in the 80’s] They speak very highly of each other and you could tell that there’s a lot of love there.

What happened on your first day on set? You roll up…

It was at the Bonaventure, in this beautiful ballroom. It was a scene right at the beginning of the film where you see Billie Jean and I dancing together. It was so easy for me, and I hate to say that because I would never want to say that I wasn’t trying or wasn’t giving the character my effort, but the way I connected to Larry was looking at Emma [Stone] and saying, “I want to be there for her in whatever way, shape and form and I’m willing to give her whatever I can give in order to allow her to portray this character.”  In my head, it’s like, “Let’s get her another Oscar. Let’s get her to that level.”

How do you emote sympathy or support? Like, these are your supportive eyes?

Listening, not just to what a person’s saying but looking at their body language, looking at how they are responding to you and your presence. I’ve been told before that I’m a good listener. And so I think it was just listening to the energy she had in her voice and realizing the pressure, the struggle, the hurt, the dedication that was going into Emma playing that role.

What was Emma like when she wasn’t in Billie Jean King mode?

What was your nickname?

We called each other Gulmy. Instead of “gummy” it was “gulmy”. We had this connection over gummy bears. And she also called me “Ken” because I kind of looked like a Ken doll.

Battle of the Sexes is in theaters September 22.