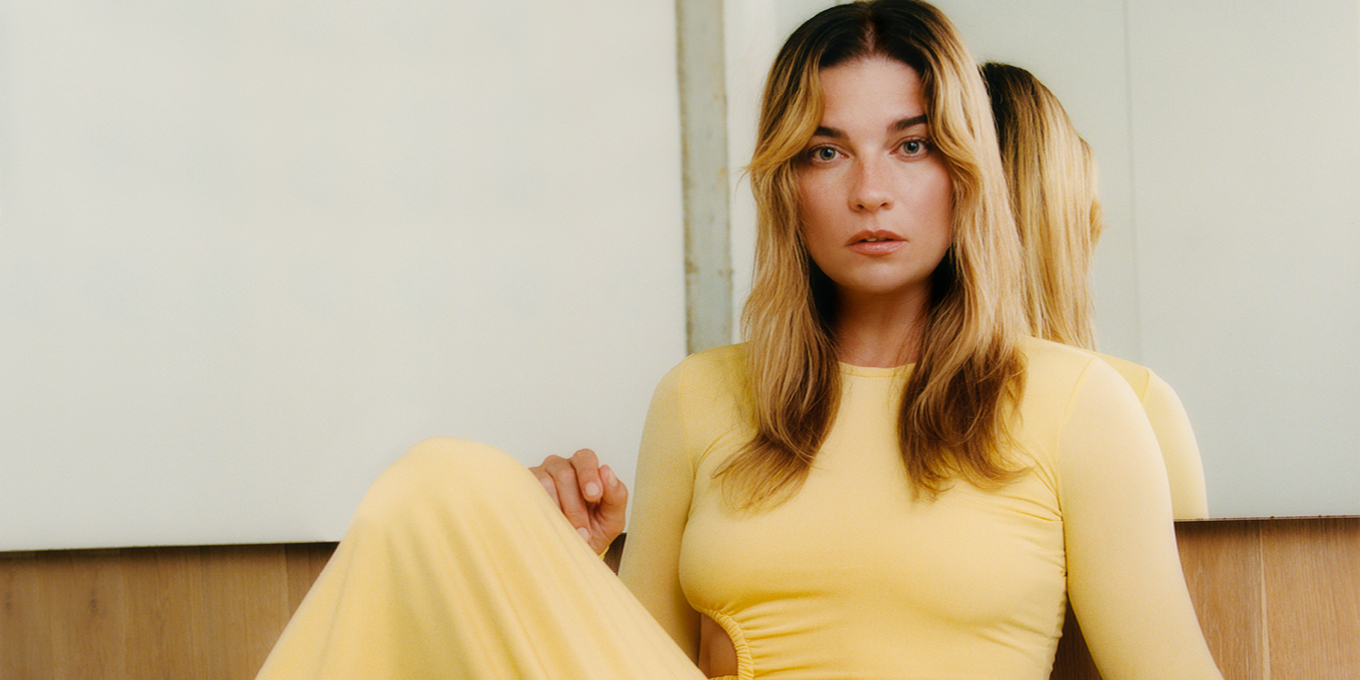 There’s something special about Annie Murphy. And it’s not just that everyone who has worked with the actor gushes that she’s incredible (they do) or that she’s just beginning to show the world her talent (she is); it’s that she is so down-to-earth, candidly funny and genuinely sweet that you can’t help but root for her.

As soon as she appears onscreen for our midday Zoom chat from her hotel room in New York City, Murphy makes fun of how “tarted up” she looks—she’s still in full makeup from her morning-show appearance to promote Kevin Can F*** Himself, her new AMC series. Her hair is up in a casual bun and she looks gorgeous, but I love that she jumped on this call without checking a mirror. I ask her right away which morning show she was on, and we both get really excited as she tells me about being on Live With Kelly and Ryan. Maybe it’s because as Canadians we’re always proud of our homegrown talent and want to see them do well, but her success feels like our collective success, and I can’t help but feel extra supportive of Murphy as she leaves the Schitt’s Creek family nest behind to spread her wings and fly. 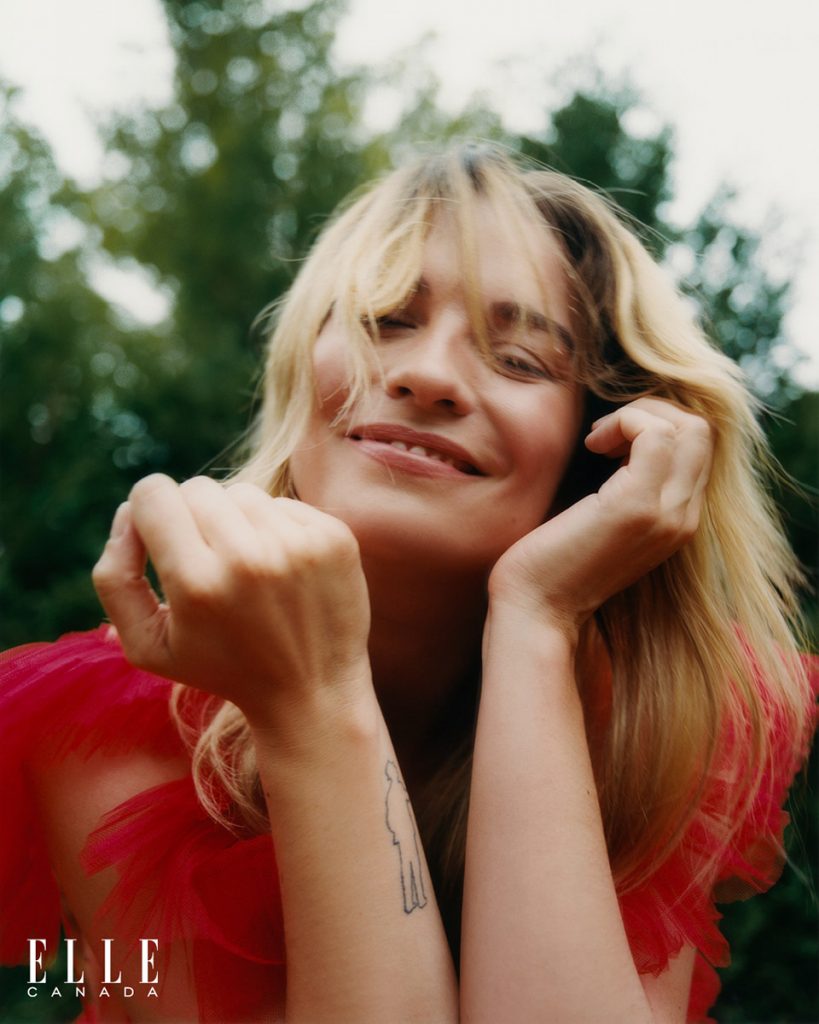 “It’s been amazing; it’s been a real freaking whirlwind,” she says of the recent promo blitz for the new show. “I’ve never done this much press before, let alone by myself for the most part.” But Murphy, whether she realizes it or not, can definitely hold her own—something she proves in each episode of Kevin Can F*** Himself, the new dramedy that follows the life of her character, Allison, as she struggles to get away from her insensitive, sexist, dumb and emotionally abusive man-child husband, Kevin, played by Eric Petersen. The show revolves around Allison plotting his murder, and after watching Kevin lie to her, make fun of her, dismiss her and berate her for a couple of episodes, I want to kill him too.

“Over the past year, so many people have stepped back and taken stock of their life—what they want it to look like, who they want to have in it and what they are willing to put up with going forward,” says Murphy. “That’s what Allison is doing. She is reassessing the whole situation—deciding that she is not happy with it and deciding to make a change.” 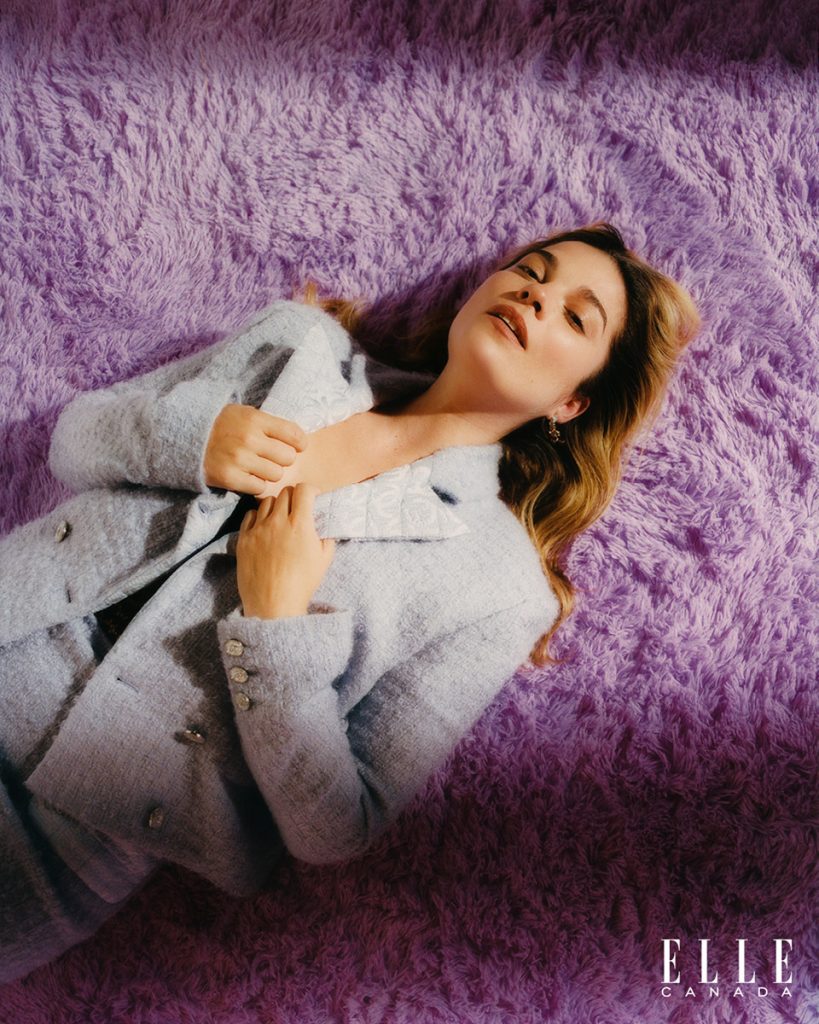 What also makes this show interesting is how it’s shot. Allison is living in two worlds: The first one is where Kevin exists, and it’s made to look like those bright, laugh-track-riddled multi-cam sitcoms like According to Jim and King of Queens, where schlubby husbands get all the show’s attention—and jokes—propped up by beautiful trophy wives who seem to exist only to please their husbands and be the butt of their jokes. In the second world, Allison’s reality is shot single-cam style in a dark, bleak and gritty working-class Worcester, Mass. The show moves between the two worlds, and the more emotional and psychological toll the multi-cam world takes on Allison, the more the results play out in the single-cam world. “It was just such an exciting concept,” says Murphy. “The script was something I had never seen before. Going from a multi-cam to a single-cam and juggling those two approaches was really appealing to me.”

After playing bubbly socialite Alexis Rose for six years in the career-changing show Schitt’s Creek, she found she was being offered parts that had undertones of her former character. “A lot of the roles that people wanted me to go out for were kind of Alexis adjacent,” says Murphy. “That’s why I was so excited when Kevin Can F*** Himself came along, because the role of Allison is so night and day from Alexis.”

“Over the past year, so many people have stepped back and taken stock of their life—what they want it to look like, who they want to have in it and what they are willing to put up with going forward.” 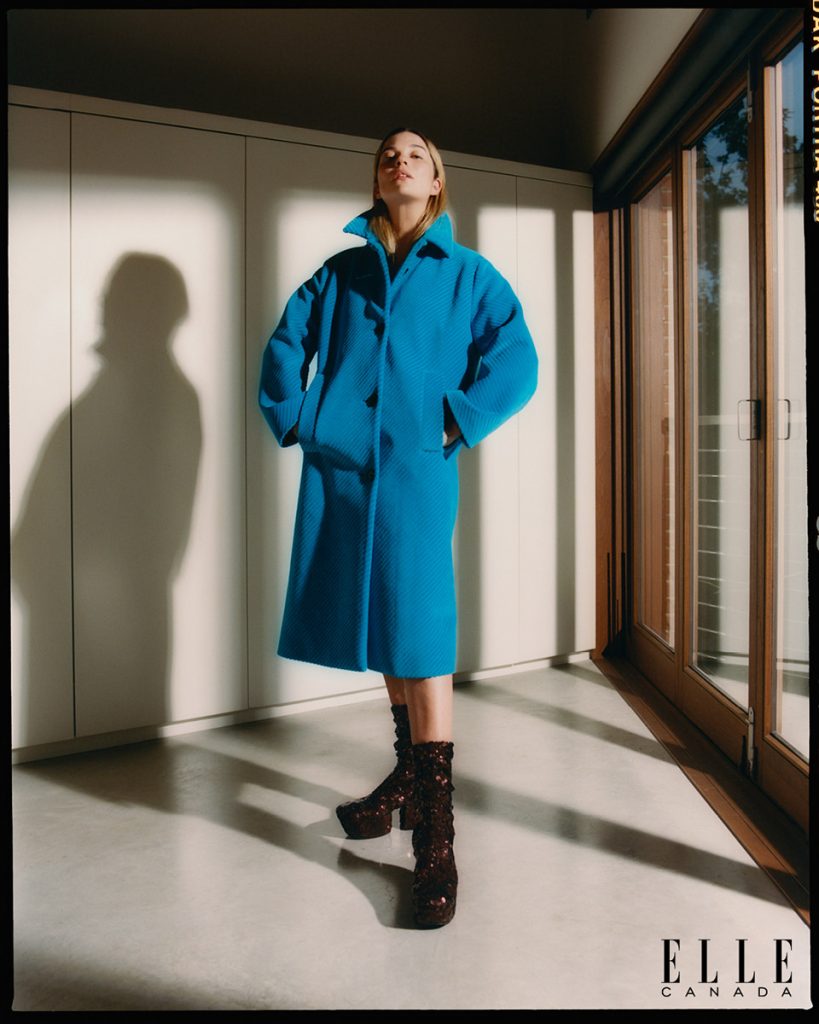 Though both shows have a title that contains an expletive, the similarities stop there. Anyone who has been watching knows that Kevin Can F*** Himself  is smart, has a distinct point of view and calls into question not only what the multi-cam genre represents but also who Allison represents. “One of the things that is so exciting is that Allison is making terrible decisions; she is deeply flawed,” explains Murphy. “This is not a squeaky-clean, picture-perfect character. And that’s what excites me so much—that’s being human. Everyone fucks up, and sometimes we learn from it and sometimes we don’t. I was so happy to see a strong, deeply flawed female character.”

It also seems like Allison can’t catch a break, which is something Murphy experienced earlier in her career. An only child who grew up in Ottawa, Murphy always knew she wanted to act yet was still shocked when her parents fully supported her dream to pursue the dramatic arts. A self-proclaimed theatre nerd, she got a degree in theatre performance at Concordia University in Montreal and then moved to Toronto in search of more acting opportunities before heading to L.A. for her first pilot season when she was 22. Murphy describes this time as “a total disaster”: She was alone, didn’t know the city and had found a room on Craigslist in a house with another aspiring actor who was preparing for a part in a yet-to-be-funded movie she had written.

“She was playing an American soldier in Afghanistan, and her method of getting into character was to live on a small cot in the closet just off the living room,” recalls Murphy. “So I ended up living in this house with a roommate who was living in a closet that was lined with character ideas on Post-it notes—very much like in The Shining. I would spend a lot of my days crying and eating soup, sitting on the couch thinking I was alone, and every now and again she would just burst out of the closet, wild-eyed after having been in there for 10 hours,” Murphy says with a laugh.

By her fourth pilot season, just as she had decided that, with no money and no work, it was time to rethink her career, Murphy got an audition for Schitt’s Creek. The show aired from 2015 to 2020, and she capped off her run with an Emmy win for Outstanding Supporting Actress in a Comedy Series. “It was just not going to happen,” says Murphy. “And so I was sitting there while they were calling my name and, honestly, I blacked out—and then 20 minutes later I had apparently given a speech and done a bunch of celebrating. It was just so far from where I thought the night was going to go.”

Find the full story in the September issue of ELLE Canada — out on newsstands and on Apple News+ August 16th or read the digital issue.  You can also subscribe for the latest in fashion, beauty and culture.

“I was so happy to see a strong, deeply flawed female character” 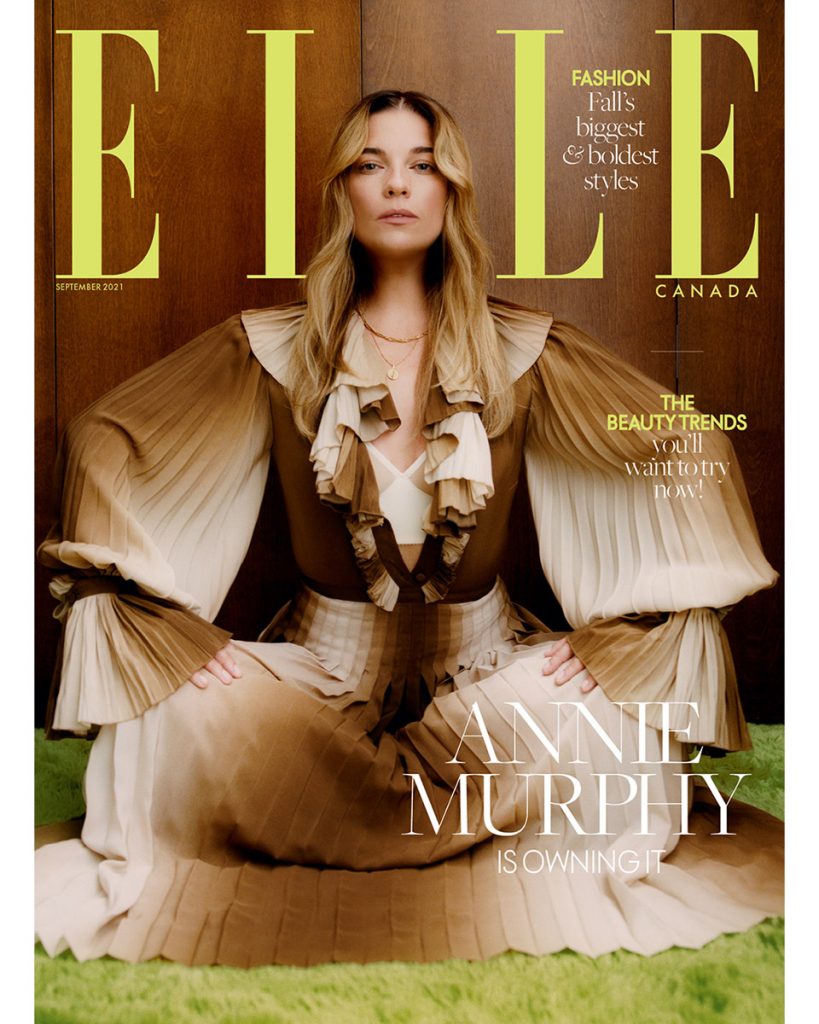