Angelina Jolie and The Weeknd Were Photographed at the Same Private L.A. Concert

It comes shortly after they were spotted having dinner together at the end of June. 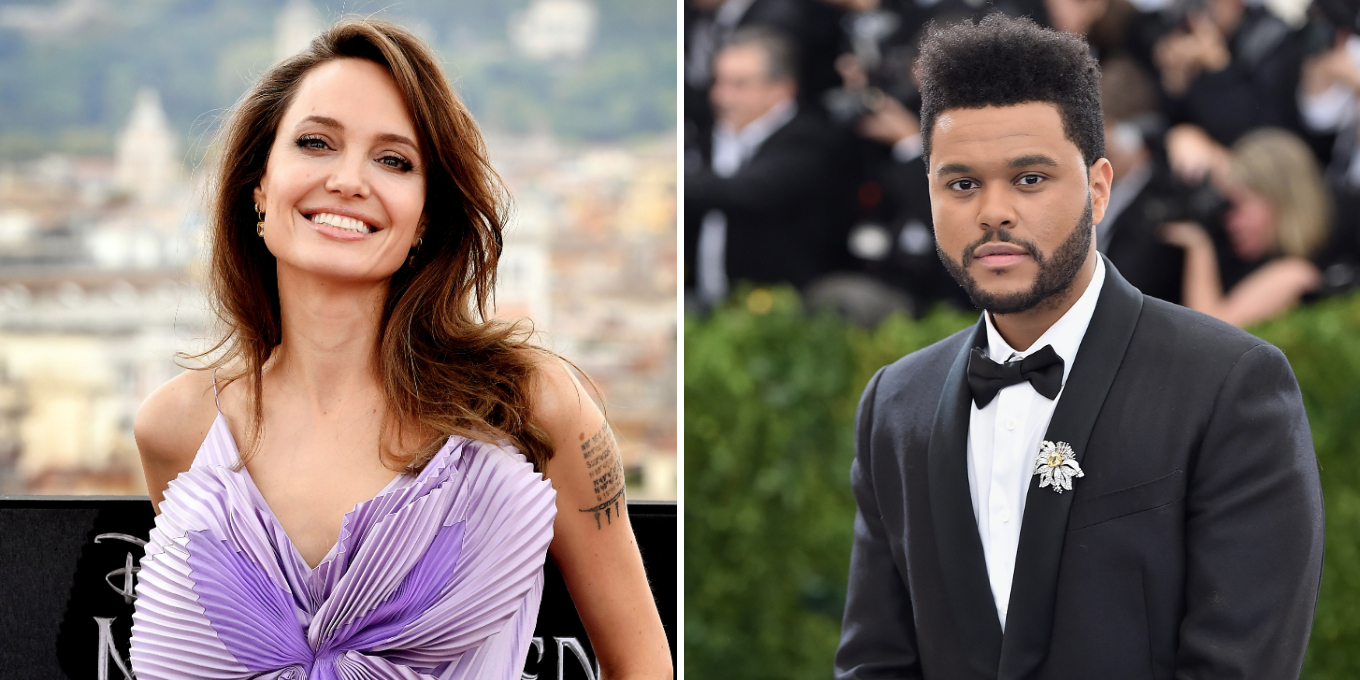 Angelina Jolie and The Weeknd made headlines and sparked dating rumors when they were spotted having dinner together in Los Angeles at celeb hotspot Giorgio Baldi on June 30. This weekend, they were seen in the same place again, at Mustafa the Poet’s private concert in the city. DeuxMoi ran photos of the fan sighting, where its eyewitness claimed Jolie and The Weeknd were together. The Daily Mail claimed the concert outing was a “secret date.” But the reality may not be romantic, given their company and what Page Six and The Sun were told about their relationship previously.

DeuxMoi runs unverified celeb gossip, and additional photos came out on social media showing Jolie and The Weeknd in their own separate groups. Jolie was at the concert with her teen kids Shiloh and Zahara while The Weeknd was there with friends. So it may have just been a same-place-only deal, as they didn’t appear together in the pics. 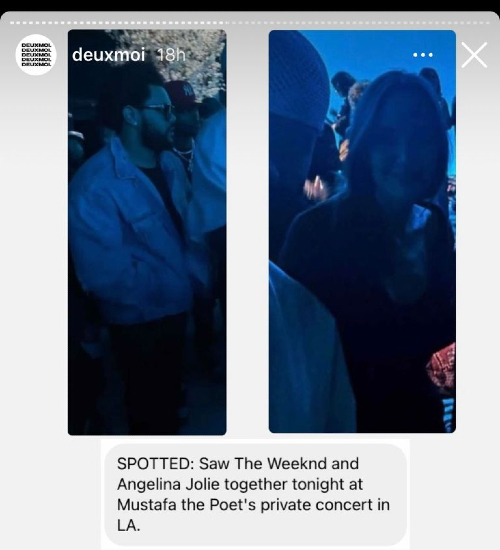 There’s been no source reporting to suggest Jolie and The Weeknd are romantically involved, either. Instead, Page Six and The Sun‘s sources have made it clear their relationship is friendly and professional.

A source explicitly described Jolie and The Weeknd as being friends to The Sun on July 3. That source said The Weeknd and Jolie actually met up before their Los Angeles dinner for lunch in New York City with her 17-year-old son Pax, while Jolie and her children were visiting the Big Apple in June.

“Ange has been in contact with Abel for a while, he was in New York at the same time as her and the kids,” the source said. “They met up for lunch in private. She took Pax along because he’s a big fan and they got along really well, he was obviously thrilled. They are just friends, but who knows, it could be more in the future, he’s made no secret of the fact he has a huge crush on her.” (The Weeknd name-checked Jolie in his 2016 song “Party Monster.”)

Page Six also played off their late June Los Angeles dinner as a professional meeting more than a romantic one. Its source said, “They’re clearly not trying to hide [the dinner date]. He’s definitely focused on getting to the movie business. He has the new HBO series he’s starring in.”

The Weeknd’s new project, HBO Max series The Idol, had just been announced that week, with the singer set to co-write and star in the show.

Salesforce Canada shares what it means to be a values-led business in 2021 and beyond.

His legacy will live on forever.