"Sex education is so heavily centred around the male body." 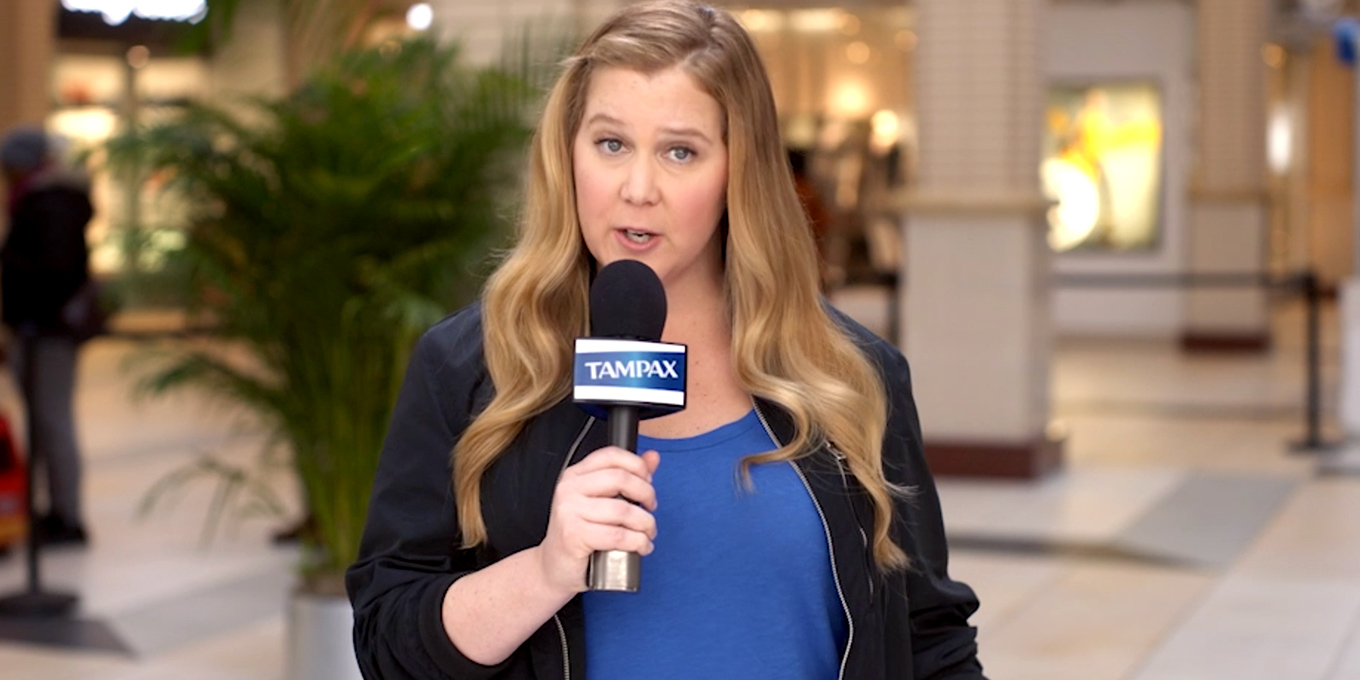 Amy Schumer has long been unafraid of addressing the elephant in the room. Her comedic persona shamelessly celebrates issues society finds “uncomfortable” – in particular, sex and female bodies. It feels apt, then, that her latest collaboration tackles periods and tampons, another very normal part of life that is still surrounded by myths and misinformation. In her new role as an ambassador for Tampax, Schumer has produced a series of funny and informative videos for the tampon brand. Schumer takes on a big sister role, speaking with women and medical professionals about period-related topics like tampon insertion, sizes and whether inserting a tampon can make you “lose your virginity.”

ELLECanada.com attended a virtual press conference with Schumer to talk all things menstruation, including period horror stories, filming bikini scenes on her period and why our relationships with our periods are in constant evolution.

On Her Own Menstruation Education:

“I was the first one of my friends to get [my period], but my mom was really vocal about hers, so that helped me feel like I was empowered to do the same thing. I have never been embarrassed about it. If a guy I was dating was like, Ew, we’re not having sex [because] you have your period. I’d be like, OK, I’m taking you out of my phone. I’ve always just felt unashamed of it and wanted to pass that on. Sex education is so heavily centred around the male body and letting them know what’s going on with their bodies, because it’s still new that women are in these positions of power. My personal learning about sex education, other than in school, was great. Someone would bring in a diagram and everyone was laughing for a week. I mean, I was looking at 90210 and I asked my mom if people could have sex with their clothes on.”

What She Wishes She Knew About Periods When She Was Younger:

“I wish that there were just more medical studies because I don’t think I ever even heard about endometriosis until I was like 35. I only got diagnosed with it after I had my baby. You don’t pee in a cup and they tell you; they have to actually open you up to really be able to diagnose.  I was in the nurse’s office once a month vomiting from [menstrual] pain starting in sixth grade. Sometimes ibuprofen worked, sometimes it didn’t. Now, women in their twenties, hopefully, are a little bit more informed and know that that’s possibly something that they have in mind.”

On Learning That Tampons Exist:

“I would say my horror story was that I had to beg my mom to get tampons because she was such a pad advocate. A lot of that generation just had me wear pads and didn’t tell me there was an alternative. So I had a friend’s cool older sister who was like, You need to be wearing Tampax, and I was like, What?! With all myths, my mom was scared of them for some reason and didn’t understand that they’re healthy and easier and you can go swimming.”

How Her Relationship With Her Period Has Evolved Over Time:

“It really is such an evolution and such a relationship. Finally, learning at 38 that I had endometriosis, was a relief because because it’s always felt like the pain that I’ve been in wasn’t normal. Up until 38, it’s been a really brutal thing. So many women just power through and don’t mention it or complain about it and I am on the spectrum of women that have a harder time. I still mostly have to still just suck it up. If you’re shooting, there’s a production schedule and you’re set to have a sex scene that day… like when I shot I Feel Pretty. The day I shot the bikini contest, it was my second day on my period, the day where you just want to put a bag over your head and stay under the covers, and you still just have to work.  The full day on Saturday, I was complaining on set to everybody that I had my period. Now after having a baby, I mean, it’s just the same. It’s really hard and I’m not ashamed to say that anymore.”

When and How She Plans On Discussing Periods With Her Son:

“I’ll be really honest with him, probably at too early of an age, about periods. Women’s bodies and minds can be so taxed, and I will definitely be sharing that with him. I’m going to raise him to be a really good little feminist.”