All About Camila Morrone, Leonardo DiCaprio's Actress Girlfriend of Over 3 Years

Below, all you should know about the 23-year-old model, actress, and latest lady in DiCaprio's life. 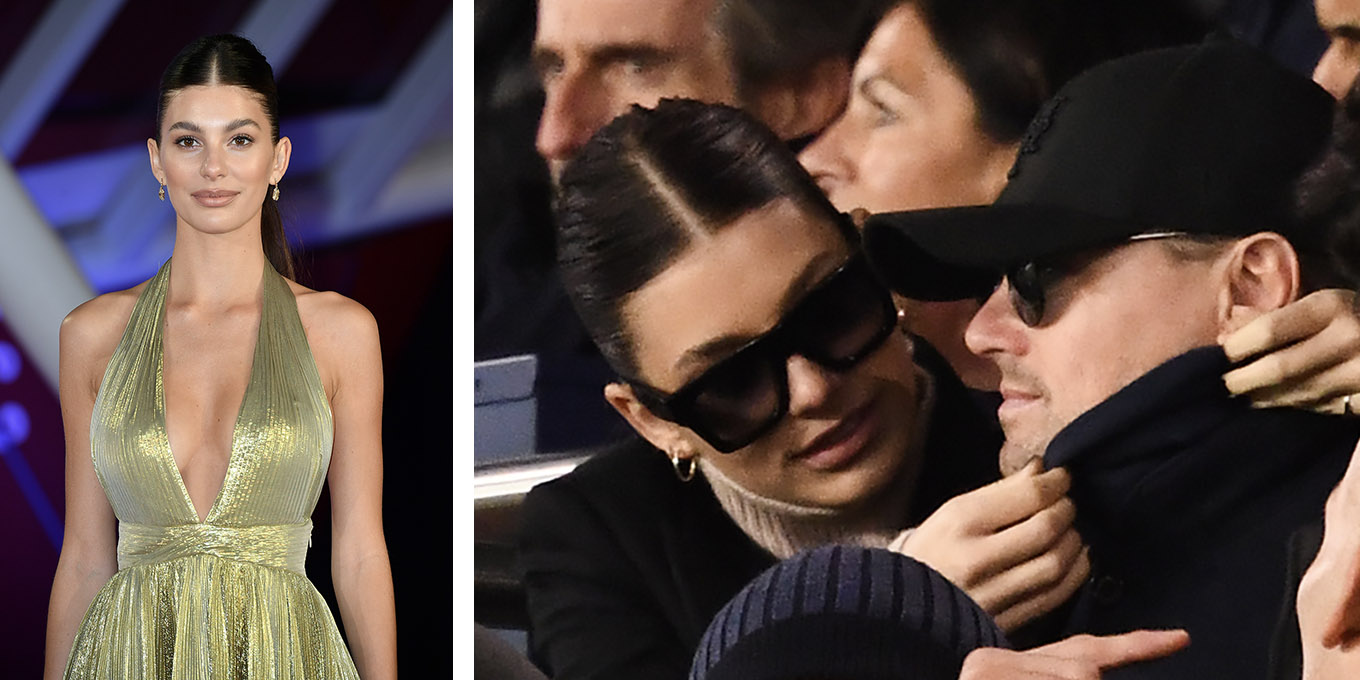 Mickey and the Bear’s Camila Morrone is a rising star in Hollywood—and off-screen, the woman who has captured Leonardo DiCaprio’s heart for years now since the two started secretly dating in late 2017. A year into quarantining together, the couple is still going strong, with DiCaprio and Morrone last being photographed together in Malibu on Memorial Day with DiCaprio’s dad.

Below, all you should know about the 23-year-old model, actress, and latest lady in DiCaprio’s life.

Her breakout role came in 2019’s Mickey and the Bear.

The Buenos Aires-born performer comes from a family of performers including her father Maximo, a former supermodel and mother Lucia Solá, an actress. Despite growing up with parents in show business and even attending the high school that inspired Beverly Hills 90210, Morrone told the Los Angeles Times she resisted acting:

“I saw them struggle their whole lives to be financially independent actors, and seeing them go through that, I was kind of turned off to it,” Morrone recalled. “There was so much angst around acting, and it was such a topic of conversation — never knowing where your next paycheck is going to come from. I thought: ‘I’m going to go to college. I’m going to have a normal 9-to-5 job.’ And of course, I ended up exactly like them.”

After supporting roles in the James Franco-directed film Bukowski and 2018’s Death Wish alongside Bruce Willis, her breakout came in 2019. In the indie Mickey and the Bear, she played the titular Mickey, a high school senior taking care of her family in small town Montana. The performance garnered comparisons to Jennifer Lawrence’s role in Winter’s Bone, for which Morrone told the LA Times, “I definitely don’t let any of it go to my head. I think the biggest thing is not believing any of your press.”

She’ll next star in the Amazon series Daisy Jones & The Six.

Morrone’s next major role will come in the Reese Witherspoon-produced Amazon series Daisy Jones & The Six. She’ll co-star in the musical show, based on the 2019 novel of the same name, alongside Riley Keough. Morrone will play Camila, the girlfriend of lead singer Billy Dunne, and, per Deadline, “the band’s center of gravity.” In the series, “she follows the love of her life in his pursuit of rock stardom only to discover her own potential along the way.” 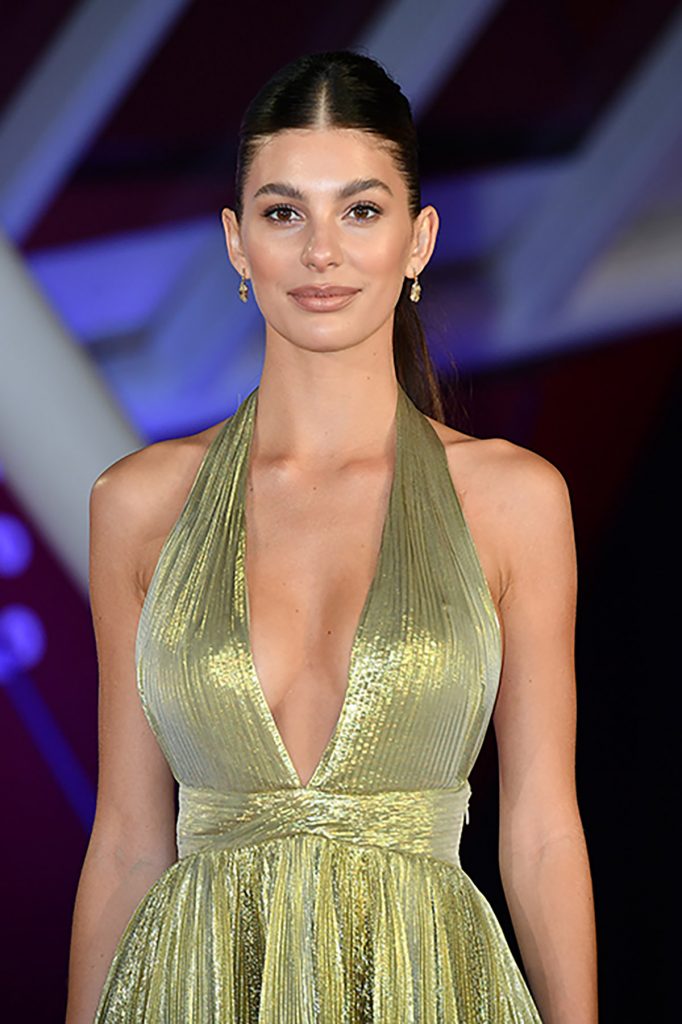 Morrone is also a model.

According to W Magazine, Morrone is signed to IMG and made her runway debut in 2016 at Moschino’s 2017 resort show. She’s also graced the cover of Vogue Turkey and modeled in campaigns for brands including Coach and Topshop.

She told the LA Times that balancing modelling and acting can be challenging. “I felt so ashamed of my modelling history when I first got into acting, so I tried to hide that part of my life, because I didn’t want to be looked at as too sexy for a role,” she explained. “I’ve heard, ‘Oh, she’s not homey-looking,’ or ‘too voluptuous’ or — I don’t want to say sexy, because then I sound like I think of myself that way — which I don’t — but that’s often times it.”

She’s been linked to Leo DiCaprio since late 2017.

Morrone was first spotted with the Oscar winner in December 2017 while shopping at Barney’s in Los Angeles. Us Weekly reported that the pair were “hooking up” months after his May split with model Nina Agdal. Reliably, considering DiCaprio’s dating history, people questioned the more than two-decade age gap between Morrone and DiCaprio, 45.

In July 2019 she shared vintage photos of Lauren Bacall and Humphrey Bogart, who had a 25-year age gap, with the caption “A love like this.” When her followers interpreted the post as commentary on her own rumored romance, she defended her relationship on Instagram Stories.

Leonardo DiCaprio’s girlfriend Camila Morrone responded directly to those mocking their relationship on her IG Story: “I just hope on this Friday that people learn to live with a little less hatred.” pic.twitter.com/gAI1GgveMA

She later told Los Angeles Times, “There’s so many relationships in Hollywood — and in the history of the world — where people have large age gaps,” adding, “I just think anyone should be able to date who they want to date.” Morrone also addressed the attention her and DiCaprio received saying, “I probably would be curious about it too.” However, she explained, “I think more and more now that people are seeing the film, I’m slowly getting an identity outside of that,” she said. “Which is frustrating, because I feel like there should always be an identity besides who you’re dating. … I understand the association, but I’m confident that will continue to slip away and be less of a conversation.” 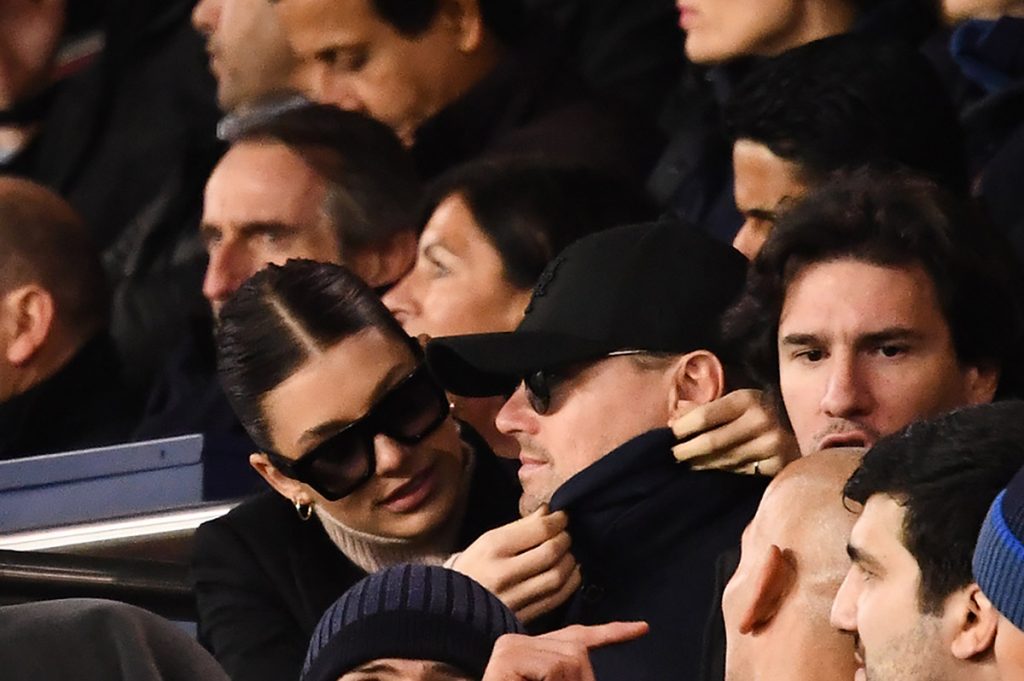 They’ve made their awards show debut as a couple.

Things have continued to progress for the secretive pair. After skipping the Golden Globes and Screen Actors Guild Awards, Morrone and DiCaprio made their first public appearance together in the front row of the Oscars in February. DiCaprio was nominated that evening in the Best Actor category for his performance in Once Upon a Time in Hollywood.

Ok, that loving smile Camila Morrone gave her boyfriend Leo DiCaprio during Brad Pitt’s tribute to him in his #Oscars speech is mad cute. pic.twitter.com/Ws8yT104AD

Morrone and DiCaprio were in a “serious” relationship during the height of quarantine in 2020.

As of June 2020, this couple’s relationship remains “serious,” according to a People source. The pair recently celebrated Morrone’s 23rd birthday on a celebrity-filled yacht while wearing masks and social distancing. But the outlet’s insider says DiCaprio and Morrone have mostly been spending time alone. “He is usually very independent, spends lots of time with friends, but because of the lockdown, he has mostly spent time with Camila. He loves being with her,” the source told People, adding, “Leo has spent 24/7 with Camila for months at his house.”

Over a year into quarantining, DiCaprio and Morrone are very much still together.

The couple has kept their relationship off social media but were photographed in late March 2021 out in Malibu together, over a year after the quarantine began amid the coronavirus pandemic in the U.S.

On Memorial Day (May 31, 2021), they were photographed out again in Malibu, this time with DiCaprio’s dad, taking a walk on the beach.

The two spent New Year’s in Boston, where DiCaprio shot Don’t Look Up. Eyewitnesses spoke to People about Morrone and DiCaprio’s shopping trip at Italian market Table Mercato. Fellow shopper Kaitlin O’Driscoll said Morrone really stocked up for an Italian dinner. “He [DiCaprio] basically said to his girlfriend, ‘Here’s my credit card, go crazy and make sure you get some cannoli,’ and he went back out and got in the back of the car. He had the bluest eyes I’ve ever seen in my life.”

Store employee Marta Trvcinska told the outlet that the couple were “nonchalant and chill” while shopping and “were definitely trying to lay low.”

In December 2020, a source told Entertainment Tonight that three years in, the two’s relationship was great despite the pandemic. “They are very in love,” the source said. “Camila is his dream girl. She’s young, sweet, simple and it’s easy because she gets along well with his family and he gets along great with hers too. They’ve known each other forever and it just works.”

She has famous friends—and a celebrity relative.

Morrone has 2 million Instagram followers and regularly hangs out with other famous faces, including models Hailey Bieber, Elsa Hosk, and Martha Hunt. During a recent appearance on The Late Show with James Corden she even spoke about scoring an invite to Adele’s birthday party.

The actress has experience with the celebrity set, as her stepfather is Oscar winner Al Pacino. According to W Magazine, Pacino and DiCaprio are “old family friends,” which may have played a role in matchmaking his stepdaughter.

Meghan Markle and Prince Harry’s Second Baby: Everything We Know, From Due Date to Title
Kylie Jenner and Travis Scott “Love Each Other, But Aren’t Putting Any Pressure on Their Relationship”
Turns Out, Kim Kardashian Tested Positive for COVID-19 After Controversial Island Birthday Party