The gender politics of Beauty and the Beast

A deep dive into the classic with British actor Dan Stevens, the Beast to Emma Watson's Belle. 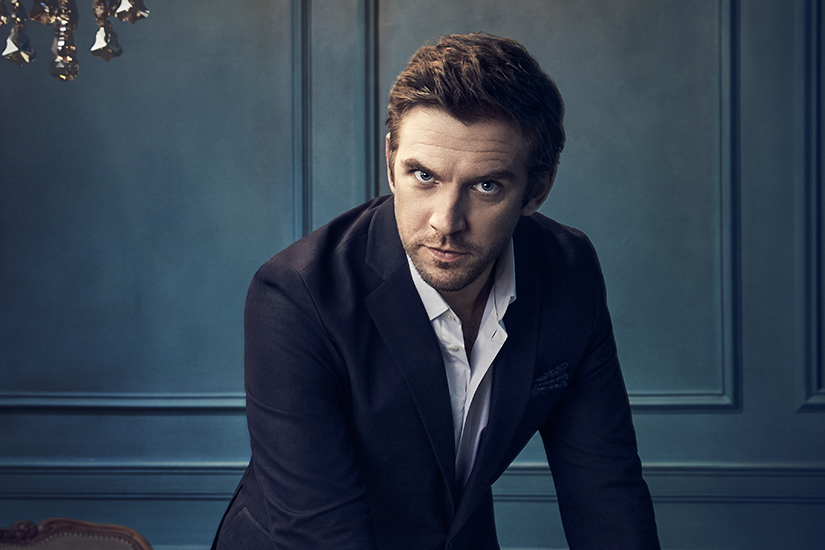 Dan Stevens and Matthew Crawley are alike in only one way, really: Both are very, very nice. But while the character with which he made his name on the smash-hit period drama Downton Abbey (and then lost 30 pounds to distance himself from) is a blandly likeable, solid sort, Stevens, in conversation, reads a lot more like Cousin Matthew’s love interest, Lady Mary: clever, a little acerbic and very much his own person.

We catch up with the 34-year-old in New York on a glorious sunny day turned abruptly mizzly. It’s the tail end of a gruelling marathon press day for Stevens’ newest project (a little film called Beauty and the Beast; perhaps you’ve heard of it?), but the Brit is as engaged and eloquent in his responses to our questions at 3 p.m. as he was six hours earlier when we interviewed him alongside Emma Watson, the Belle to his Beast.

Leaning back on a black leather couch, one leg crossed over the other, Stevens is adroitly parrying some of the criticism the film has been receiving pre-release, based entirely on the one sneak-peek image that had been made public earlier that morning. “There are people online saying that the Beast’s horns face the wrong way,” he says. “In the [1991] animated version, they kind of face forward, and in ours, they kind of go back. People are like ‘What’s going on?’ But ours is live action, and had the horns been pointing forward, Emma would have been blinded when the Beast’s face got in close proximity to Belle’s, and we didn’t want that. Really, it’s Emma’s safety that was paramount.”

You just flew in from Vancouver, right? “Yeah, I was there shooting Legion.” [The Marvel Comics-based TV series can be seen on FX.]

Did you do anything that felt particularly Canadian while you were there? “I like the outdoorsiness. I’ve been out hiking and swimming in lakes. You don’t have to go far to find yourself in some very ‘wilderness-y’ wilderness.”

You have three children: two daughters and a son. Did being a dad have anything to do with you taking this role? “It’s a role that I would have jumped at anyway, but there is a certain thrill that I first experienced when I made Night at the Museum 3 a few years ago. I got to bring my kids on-set and have them experience the magic of a movie that was being made for them as well as everybody else, that has a very childlike playfulness at its core. And then I was able to sit with them in a movie theatre and watch them watch Daddy be silly on a screen…I just felt, ‘Oh, God, I’d love to repeat that in some way in the future.’ I often have certain people in mind when I take on a project. I had a very specific group of friends in mind when I made The Guest, because I knew they would get a kick out of me making that movie. And I did Miss Marple for my mum.”

So this one was for your kids? “I’ve read them the story hundreds of times. It was no surprise to my children when I said I was playing the role because they were like, ‘You’ve already played it loads of times in our room when you’re reading it.’ They’re actually seeing the movie for the first time tonight.”

They’ll see it before pretty much anyone else! Will they have to sign a non-disclosure agreement? “Exactly! [Laughs] It’s an exciting day.”

I’m from the generation that grew up with all the Disney princes. Simba was my first crush…. “Yeah, Nala was close to my heart.”

How do you think the Beast stacks up in the pantheon of fairy-tale heroes? He’s certainly not the chivalric model. “There’s something very important about this character. It’s a cartoon that a lot of guys feel more comfortable admitting they enjoy. It’s a story about masculine and feminine energies—not just men and women but the balance we all have within us and how we can give in to certain instincts and urges and
establish our own paths. And there’s also the idea of the redemptive power of love. It’s such an important story, and there’s a reason it exists in almost every culture—that idea of seeing beyond the monstrous and finding the good in people.”

This movie comes out at an interesting point in world history. “It did occur to me this week that the story of a vain, spoiled son of a billionaire who lives in a luxury tower and treats women like objects might be a little timely.”