A day in the life of a celebrity: Awards Season edition 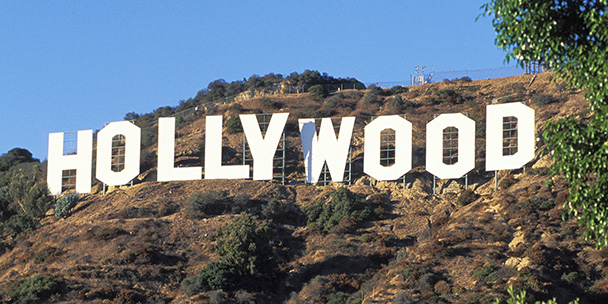 If you’ve ever wondered to yourself, “Gee, I’d just love to be a celebrity, even for the day!”, have I got a tale of 24 hours for you. Without selling my soul, giving up my privacy or doing anything remotely noteworthy, I, a humble ELLE Canada editor, lived the life of an A-lister…briefly!

A little background first: I was in Los Angeles to attend the People’s Choice Awards, which hello, is a major VIP experience in itself (but more on that later), so the entire day was planned with that event in mind, although frankly, if I were a movie star or multi-Platinum selling musician, who’s to say I wouldn’t do all these things every day?

7 AM: Pounding bass, flashing lights and sweaty bodies…if this were the 1980s, I’d probably be talking about emerging from the Viper Room after a night out. Since we’re in the Gwyneth-era of Hollywood, I’m actually in the middle of a Soul Cycle class, concentrating really hard on “showing compassion” toward the handlebars of my spinning bike. Forty-five minutes later, I’ve totally downed the Kool Aid on this cult celebrity work out, and may or may not have high-fived a complete stranger in locker room.

9 AM: Quick pitstop at Clementine Bakery in Century City, where I grab a green juice and “Annie’s Kickstarter” (egg whites and whole grain toast) and then impulse eat a sublime blueberry muffin, voted the best in the city, and feel like I’m prepping for an awards show just like J.Law would. In fact, she’d probably have fries so I feel quite virtuous.

10:30 AM: Now that my face is no longer quite so red from Soul Cycle, I can present myself without shame for my facial at the Exhale Spa Hollywood, located in the Loews Hollywood Hotel. After a sublime hour of exfoliation, massage, moisture-masking, and more massage, I emerge in a state of slightly befuddled zen.

12 PM: There’s no rest for the pretending to be famous, and its onwards to manis / pedis / mimosas at Bellacures in Beverly Hills. Have the decidely unglamorous experience of running to the car in the rain in disposable flip flops.

1 PM: Back in my hotel room at the laid back luxe W Los Angeles West Beverly Hills, I quickly dial room service (grilled ham and cheese sandwich!) before trying on my dress for the evening, a Rent-the-Runway designer frock mine for four days (since most celebs have to return their borrowed couture after the event it felt like an authentic Hollywood wardrobe experience).

1:30 PM Before I have a chance to take even a bite of lunch, the cavalry arrives…and by that I mean the hair and make up team from on demand beautifiers Glam Squad. After a quick consultation, we decided on “Texas hair” and a neutral eye with a bold lip, An hour later, I look the closest to starlet as I ever will (and slightly weighed down by my Kim K-length false lashes).

4:30 PM: Thanks to LA drivers who don’t know how to drive in the rain (it’s unusual for them I guess?!) arrive at the red carpet a tiny bit behind schedule. Just got time for a quick stroll down the red carpet where I run into The Pretty Little Liars cast, Maddie Zigler and John Stamos. Surprising shortage of fans who want to take a selfie with me…

5 PM: Quickly take my seat for The People’s Choice Awards, and sit back to enjoy the show / people watch all of the celebrities who leap up during the commercial breaks to say hi to each other. Dance enthusiastically to Jason Derulo in case I end up on TV. (Hi mom!)

9 PM: Since the night is but young (advantages of the early broadcast for the benefit of East Coast audiences) head out for dinner at Hinoki and Bird, a very cool spot that serves modern Japanese cuisine. Decide I could eat the miso mochi with butterscotch sauce forever.

11 PM: Crawl into bed at the W, and wake to normal life again.

PS: If you have fantasies of an awards season A-list interlude, Discover Los Angeles is a great resource for all aspiring Cinderellas.

Where to spot celebrities in Los Angeles