5 biggest moments of the 2018 Golden Globes 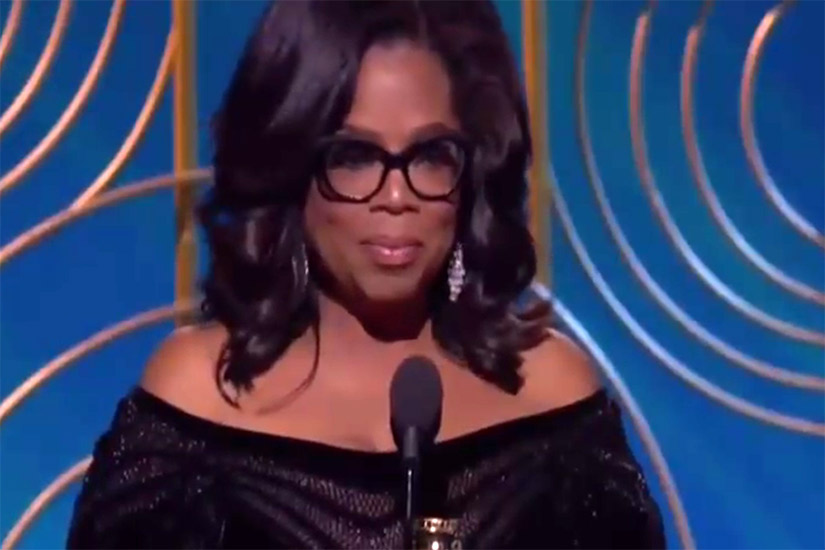 In previous years, the Golden Globes are the “fun” awards (there’s booze on the tables, for starters), while the Oscars are Hollywood’s “serious” show. This year, however, the vibe was very, very different, due to the fact that this the movie and TV business’ first big get together after the industry (and the rest of the world) was forever changed after the raft of sexual harassment scandals against powerful men in the biz. The overwhelming majority of stars, male and female, wore black to support the #TimesUp movement, several A-listers brought activist’s as their dates and many of the stars’ speeches called out the issue.

The This Is Us actor was the first black man to scoop up the Globe for Best Actor in a Drama series. That’s right. We were shocked that it hasn’t happened before 2018 either…

3. And so did Aziz Ansari

And here’s another first: The Master of None creator and star became the first man of South Asian background to be awarded for Best Actor in a comedy or musical television show.

Here’s how you follow immediately after Oprah (more of that below): You call out the fact that no women were nominated for best director. That’s what Natalie Portman did while presenting the Best Director Globe alongside Ron Howard.

Not only was she front row centre the entire night (fairly certain every winner said hi to her), but Oprah delivered the night’s high moment giving her acceptance speech for the Cecil B. DeMille Award for lifetime achievement. We’re still crying so we’ll just pop it in full below.