The entire series is available as audiobooks for the first time. 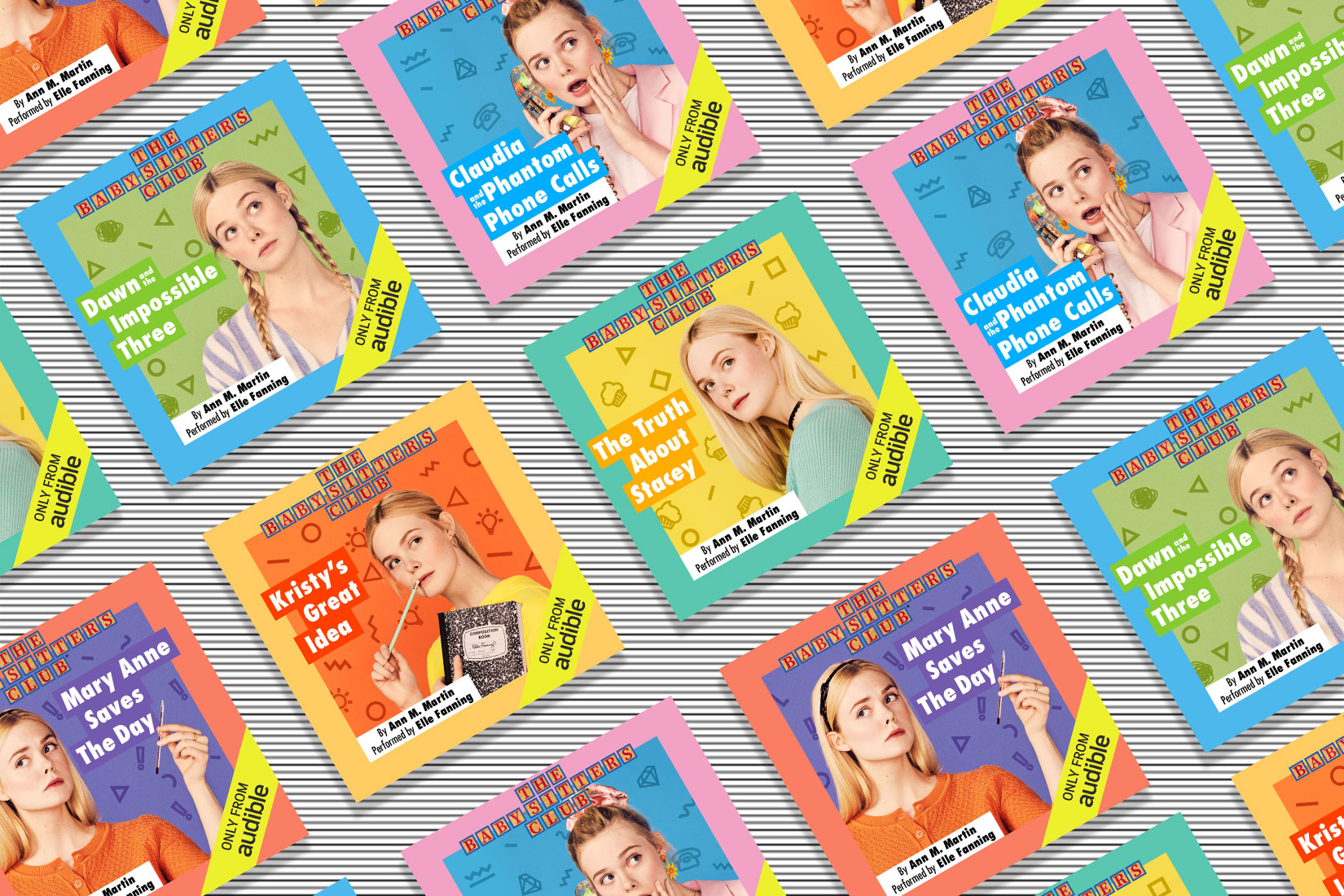 Nostalgia is everywhere—just look up how many remakes/reboots are set to debut before the end of the year as evidence. And it seems that not even the creators of the stories we keep returning to are immune to nostalgia.

Ann M. Martin, author of The Baby-Sitters Club series, is the first to admit it. “It was such a nice world. It was a very safe, sweet place to write from,” she tells us over the phone from her home in the Catskills. “I do miss [writing Baby-Sitters Club]. I felt very fond of all my characters.”

Martin (and her legions of readers) may miss the series, about a group of friends who run a local babysitting service and tackle issues of adolescence along the way, but they’re in luck because BSC is coming back. Netflix just revealed that ‘90s icon Alicia Silverstone will star in a live-action adaptation of the series, currently in production.

But first: the entire series (all 131 titles) are being released as audiobooks for the first time on Audible.ca on August 13. Even more exciting? Elle Fanning performs the first five stories in the collection. We caught up with Martin to talk about the lasting power of her beloved series.

What is it about The Baby-Sitters Club that is still so relevant today?

First of all, there is an element of nostalgia. But I think the main themes in the books are pretty timeless. Babysitting aside, they’re about friendship, families, school—things that are still relevant today. One thing that I hear a lot from newer, younger readers is that their parents read the books when they were young and are now turning their old copies over to their kids. It’s a nice way for two generations to connect.

How does it feel to meet fans who grew up with your books and now are adults sharing your stories with their own kids?

It’s fabulous. They tend to be very emotional interactions with a lot of tears. It’s very heart-warming. A lot of adults will tell me what the books meant to them growing up. I hear from many of them that they started them off reading, or turned them into readers. I also hear a lot from the kids who were having a hard time and turned to the books and the characters began to feel like their friends. It’s incredible.

How did you react to the news that Elle Fanning was going to be performing the first five books?

Oh my god, I was thrilled. I already loved the fact that Audible was going to have one actor reading for each of the characters, but then to hear on top of that, that somebody with Elle Fanning’s stature was going to be reading the first few was amazing.

Which character did you most identify with?

I identified the most with Mary Anne in terms of personality. She was the shy one, and I’m a very shy person But the one that I wanted to be was Kristy, and I think that’s why I created Kristy first. She had the first book and was very much modelled on my best friend, Beth, from when I was growing up. Beth was not shy, she was the one with all the big ideas and I just sort of happily followed along. That said, most of the letters I got from kids back then said that they wanted to be either Stacey or Claudia, they were by far the two most popular characters.

What would you do differently with the series if you were writing them today?

What my editors and I all found cumbersome as the series went on was the fact that the characters couldn’t age. So when the books were published once a month, every time September rolled around, they all started off in eighth grade again. There wasn’t a way for the girls to mature, to change, to grow as much as they might have if they were actually allowed to age. On the other hand, if they had been able to age in “real time” as the series unfolded, they would become much too old to be appealing as characters pretty quickly. But that’s the only thing I’d change.

Put them on your top shelf.