Why YA novels should be on every grown woman's reading list 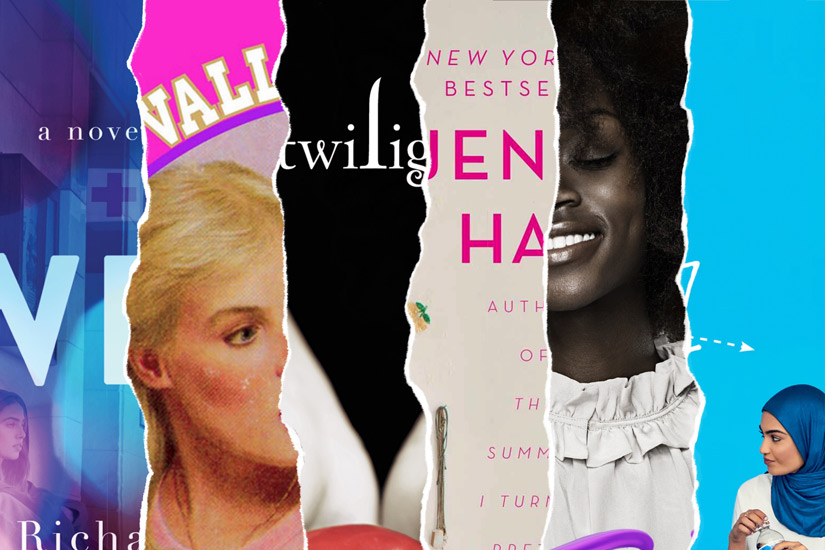 In my early 20s, as a pretentious grad student, I would gorge on young adult (YA) novels like The Hunger Games while claiming, during dinner party chit-chat, to be reading Tolstoy. Once, I actually removed the cover from one of The Princess Diaries novels and replaced it with one of the literary Jonathans—Franzen or Safran Foer, I can’t remember which. Today, at 32, I’m past the point of pretending I’m reading Proust. And I’m in good company: About half of YA novels are bought by not-so-young adults, according to Publishers Weekly. Grown women are tearing through these novels, not because adult books are too complex but because YA fiction boasts some of the most exciting, progressive and feminist books being published right now.

These stories have expanded my empathy in a way that critically lauded fiction has never been able to. Take Angie Thomas’ 2017 bestselling novel The Hate U Give, which tackles police brutality against African-Americans from the perspective of 16-year-old Starr, who eventually finds her voice as an activist. Or Claire Kann’s 2018 novel, Let’s Talk About Love. It chronicles the life of an asexual, biromantic student seeking love, and it’s one of the most honest romcoms I’ve read in a while. And what YA fan could forget Jacqueline Woodson’s Brown Girl Dreaming? Told in verse, the 2014 memoir explores Woodson’s life growing up as an African-American in South Carolina and New York during the civil rights movement. “YA has become a space where publishers are focusing on telling stories from perspectives we haven’t seen before,” says Richard Lawson, whose YA debut All We Can Do Is Wait is about five teens brought together in the aftermath of a bridge collapse. The book was partly inspired by Lawson’s own childhood in Boston. “When I was growing up in the ’90s, it was hard to find anything that was queer, even if it was for adults. That has changed dramatically.”

It’s true that YA wasn’t always so plugged in. A couple of decades ago, popular YA books (minus real talker Judy Blume) were often about rich and straight white kids, like fembot twins Elizabeth and Jessica from the Sweet Valley High series. The runaway popularity of Stephenie Meyer’s Twilight series helped the category go more mainstream. However, with the tug-of-war for Bella between vampire Edward and werewolf Jacob, it’s hard to see the books as empowering works of feminist art. And while we all have a copy of Harry Potter on our shelves, the easy evil-versus-good narrative about wand-wielding teens living at a posh boarding school is not exactly the stuff of social revolution.

So what changed? YA author Maurene Goo traces the shift to 2014, when Asian-American YA author Ellen Oh created the #WeNeedDiverseBooks hashtag after attending a book conference where the only speakers were white males. It went viral and, says Goo, “legitimized the grievances we had with the [industry]”—like the tendency to ignore the stories of women of colour, a by-product of most major publishing houses being run by people who identify as white. (Goo’s first novel, which features a Korean-American protagonist, was rejected everywhere except Scholastic. “My editor was one of the few black women editors,” she explains. “It wasn’t a coincidence that it was a woman of colour who found my book.”) Subsequent movements—like #OwnVoices, started by novelist Corinne Duyvis—aimed at supporting marginalized writers have caught on faster in YA than in adult contemporary fiction, according to Sue Carter, editor-in-chief of Canadian publishing trade publication Quill & Quire. That’s not to say these narratives aren’t available in the latter genre or that they are going unrecognized. (See: the recent critical and popular success of 2018 Scotiabank Giller Prize winner Esi Edugyan’s Washington Black and Pulitzer Prize winner Colson Whitehead’s The Underground Railroad, to name just two.) But YA seems to be that much further along and so “has attracted a lot of new readers, of many ages, looking for stories that reflect their own experiences,” says Carter. (To be clear, we still have a long way to go toward diversity in publishing in general: A 2014 analysis of 3,500 children’s books published in Canada and the United States found that just 8 percent were written by people of colour and only 11 percent had non-white protagonists.)

That search for experiences on the page that reflect my own is part of what drew me to YA. I’ve lived with persistent depressive disorder since I was a teen, but I didn’t come across a realistic depiction of my mental illness until 2015, when I read Kate Scelsa’s Fans of the Impossible Life. Like Mira, the novel’s protagonist, I grew up hiding my depression while trying to succeed academically at a prep school where mental health wasn’t always a priority. Mira’s story also has a happy-ish ending. “Unlike literature written for adults, YA is rarely nihilistic in its world view,” says Margaret H. Willison, a Boston-based librarian and co-author of the arts and culture newsletter Two Bossy Dames, noting that the genre is meant to be instructive and uplifting. “Actions and choices mean something in YA—this is lacking in a lot of media made for adults, and it’s something people hunger for.” And to be honest, I’d rather read about Katniss Everdeen rallying against the dystopian patriarchy with her bow and arrow or Lara Jean clapping back against slut-shaming in To All the Boys I’ve Loved Before than spend time with one of Franzen’s tiresome, malaise-ridden characters.

When my friends tease me now for reading kiddie books, they are confusing the genre’s succinct writing for superficiality. YA books are no less cerebral than a thousand-page tome by David Foster Wallace. Their brevity is a strength; they manage to pack a punch with fewer pages—which I appreciate since, after a long day of meeting deadlines, scrolling Instagram and attempting to cook meals from my HelloFresh delivery kits, I typically fall asleep five minutes after crawling into bed.

Happily, it looks like 2019 will be another banner year for YA. This spring, Toronto-based writer S.K. Ali will release Love From A to Z. It’s a high-school romance centred around Zayneb, who is fed up with the Islamophobia that comes with being the only Muslim in her class. There’s also Angie Thomas’ latest novel, On the Come Up, which tells the story of Bri, a politically engaged 16-year-old girl who is determined to become the greatest rapper in the world. And, of course, there’s Elizabeth Keenan’s buzzed-about ’90s-set Rebel Girls, about protesting punk-rock teens.

Some of these haven’t come out yet, so, in the meantime, I’ll revisit a few of my old favourites. But this time, I won’t hide my copies of The Princess Diaries and The Hunger Games behind fake covers. I’m proud to be young at heart.

The acclaimed author of Like a Bird and How to Cure a Ghost, explores who wellness is for in her latest book.

Whether you’re into thrilling page-turners, historical mysteries or biting social commentary, there’s a book coming out this summer that you’ll love.