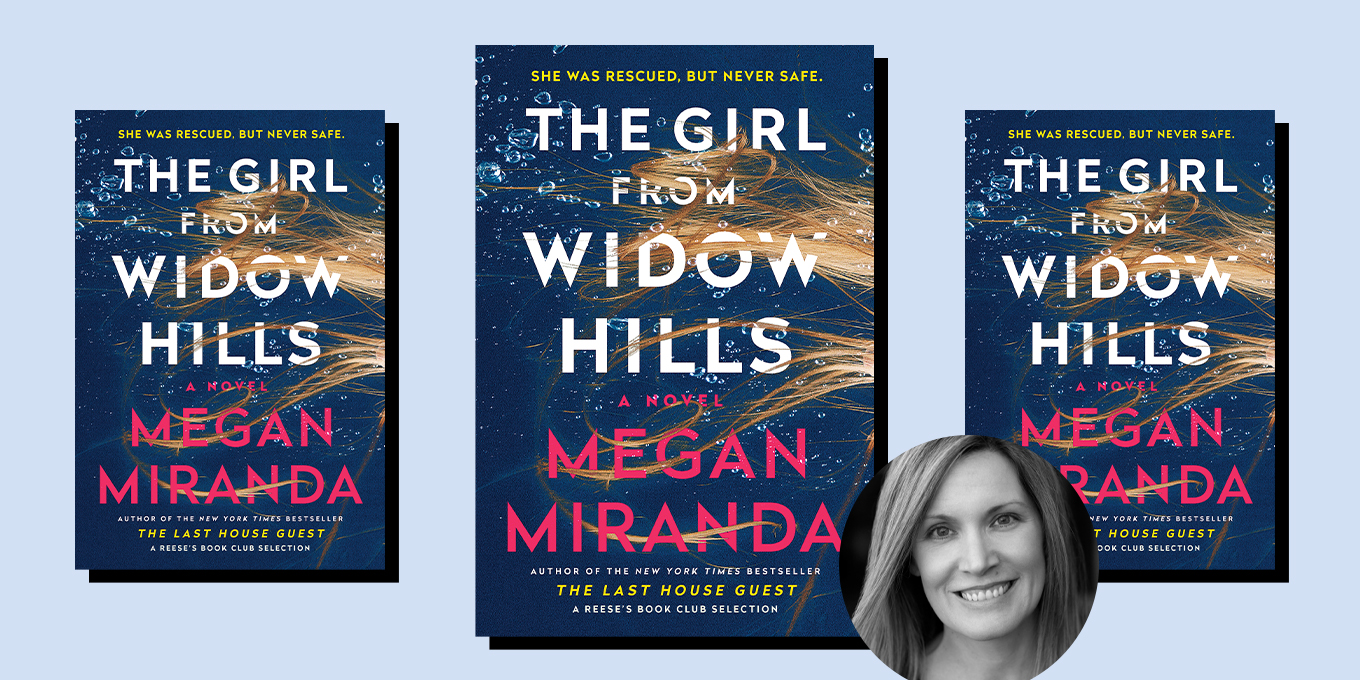 The Girl From Widow Hills, the bingeworthy book from mystery writer Megan Miranda, will make you suspicious of everyone – at least, it will as long as you’re inside the mind of main character Olivia, who is attempting to leave her past (and a traumatic childhood event) behind to live happily in her isolated home in a small town. But for someone who was once involved in a high-profile event, it’s hard to do that.

How did this idea come to you?

“I had been really interested in these stories that kind of capture national attention and the stories that you can remember decades later. So that was in the back of my mind. And then, a few summers ago when the soccer team was trapped in the cave, I remember how invested I became in that story and that feeling when they were found. We were all watching and following. And so I started to get the idea of what if there were a character who was the centre of a story like this when they were a child who really didn’t want to be part of that story. I’m not somebody who sees the big concept right off the bat, and I usually start with character. I started thinking about what makes a story sensational and what makes people remember it.”

How did Olivia, this character who went through something traumatic as a child, develop?

“I think an idea I’m drawn to in most of my adult stories is whether you can really escape the past and whether you can become someone new. I think back to most of my stories and there is a defining event (usually in the teenage years or young adulthood), and you wonder if that impacts who we become. Do you embrace the event or do you try to leave the past behind? This book felt like I was taking that theme in a very literal direction. This is somebody who really wants to become someone new and start over. My first draft was exploring that, and it put limitations on her character and her connections because she’s never able to open up honestly to people and she’s lived her life in fear of her past coming back.”

There was a real sense of isolation. How do you keep us readers feeling so unsettled?

“Setting is so important – a place can seem really beautiful, but so much of our interpretation of our surroundings is filtered through our emotions. When Olivia buys this house in an isolated area, for her that’s safety. But when things start to go bad and she starts to be afraid, everything can shift and your entire interpretation of your surroundings can take on an ominous feel. Everything that was safe is no longer safe.”

What do you think makes a good mystery?

“I am somebody who is drawn to character above all, so I love when a mystery and a character go hand in hand and you feel like part of the character’s journey is coming face to face with their past or themselves. I like to be surprised, but it’s not necessarily the big ‘aha!’ surprise. Mysteries where there are all these little shifts that alter your perspective of what’s happening are my favourite. I love the puzzle aspect of mystery.”