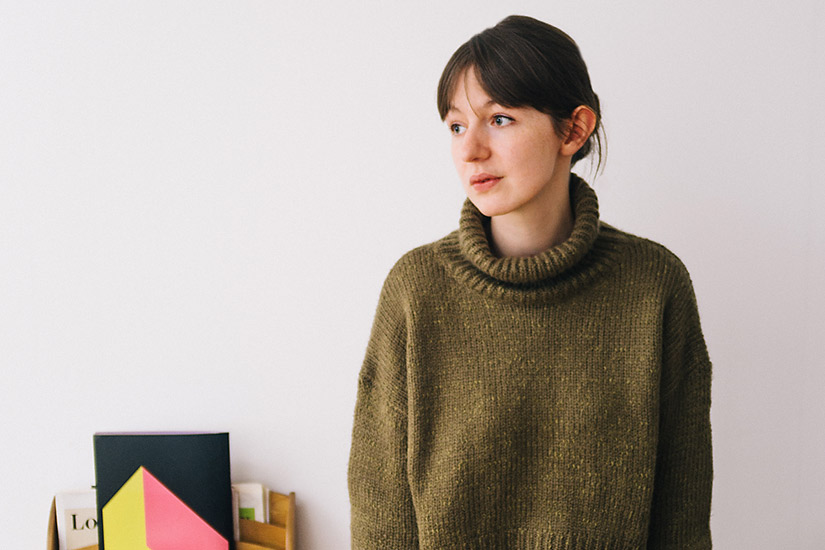 The first thing I learn about Irish writer/wunderkind Sally Rooney is that we share the same weather preferences (about 18 degrees, cool enough to maybe wear a jacket and no hotter, thank you very much). It’s also probably where the similarities between the author and I end. At 28 years old, she’s been dubbed the “voice of the millennial generation” for writing two insanely popular books—you’ve seen them on Instagram; her latest, Normal People (about the on-again, off-again relationship between Irish millennials Connell and Marianne), recently beat out Michelle Obama’s memoir for book of the year at the British book awards.

All that constant attention has caused Rooney, in perhaps very millennial fashion, to cut back on her online presence and (temporarily) delete her Twitter account. “I was extremely online. I never really posted, but in terms of, like, meme culture and stuff, I’m missing it so much,” she says. “It’ll blow over eventually—it’s a book. Realistically, people aren’t going to be talking about it for that long. But I haven’t really managed to make my peace with [the attention]. I’ve only managed to pretend that it’s not happening.”

We met up with Rooney while she was in Toronto to talk about her new book, adapting it for TV and why being “normal” is her favourite compliment.

Let’s just get this out of the way: How do you feel about being called “the voice of a generation.”

I’ll be honest: not great. I’m not a big fan of that. It’s not something that I ever set out to do or be. I think it’s inappropriate, in a way, to single out an individual as a spokesperson for a generation that is obviously, by its nature, incredibly diverse and encompasses a range of different experiences. I’ve written about such a tiny, tiny sector of society. I’m not at all saying that Normal People can’t be enjoyed people who don’t share those same experiences—I have seen it and am very touched by it—but it doesn’t speak for everyone.

Right, you’re not trying to represent every millennial.

Of course not. Why are the experiences my characters have so easily read as universal, when people who write from different perspectives, people from minority communities, aren’t so easily accepted as speaking for a universal set of experiences? I feel uncomfortable with the extent that my work is being read as universal because it fits into some kind of dominant narrative, and I want to stay skeptical of that. So thanks, but no thanks. I don’t want any part in it.

Has that kind of attention changed how you approach writing at all?

Yeah. I’m always cautious to say the events that my books portray did not happen to me personally, but the social world that I write about is the one that I inhabit. So that begs the question: Because I went straight from the world pretty much that I’d written about in my books into the life I live now, what social worlds are now available for me to write about? People tell me not to write a book about a novelist, and I totally understand why no one would want to read one, but maybe I’m going to write a book that no one will want to read. I have to set my books in a world I know, and the world that I know has become very defined by the fact that I’ve written books. That’s something I’m still trying to grapple with in my own writing.

Conversations With Friends, your first book, and Normal People came out in pretty quick succession and it’s been such a whirlwind. Do you see yourself taking a break?

From writing? No. From publishing? Yeah. I don’t want to publish another book soon. It takes up a lot of my mental space. And I’m a very solitary person, I’m very private and I can’t really get my head around having to be a public facing person and talking about my life. Of course, I’m really grateful for having my books published and being able to earn a living writing is amazing. It’s the best thing that’s ever happened to me, in terms of my working life. But the aspects of having to perform outwardly is not something that suits my disposition, so I would like to take a good long break from having to do that.

How did you end up on the title Normal People?

It was not the intended title for the book; the working title was Scenes From a Friendship. I still think it was a pretty good title, but it was too similar to Conversations with Friends. So we had to come up with a new one and I sent [my editor] a list and we went with Normal People. I’m a bit regretful now that the book is called that because it’s a phrase that I use a lot in everyday conversation and now I can’t do that without sounding like I’m doing product placement. But I like normal people and it’s my favourite compliment to get about myself, when people say, “Oh, she seems kind of normal.”

That’s really interesting, because it seems like a lot of creative people hate being called normal.

I am normal. I’m not attached to the idea of myself as being special in anyway. I just don’t think I am. Am I different from all other people in my life who don’t write novels? No, I’m the same as them except my job is to write and their job is to do other stuff like be teachers. Authors are just, like, randomers.

In Normal People, Connell questions the relevance or value of fiction writing, and you’ve also questioned its importance in interviews. Why do you feel that way?

We’re at a moment of global, political and environmental crisis. At times, I can feel like any energy that’s not directed towards solving that is a waste of time and my novels are not directed towards those issues. It can just be hard to feel like anything else is worth doing. But it’s also hard to feel like there’s anything we can do. I’m glad that people are still writing novels because it makes me feel like my life is worth going on with. There are relatively few things that transcend the commodification that has so massively swallowed almost every aspect of our lives. For me, fiction can, and so can other things like sports and other art forms. They give us moments of joy and pleasure that, while still being captured in part by the system, they can still subvert it to some extent. And writing is also the only thing I’m good at and it’s how I make a living, so I have to find some justification for doing it.

I know Normal People is being adapted into a series for BBC and you’re writing it. How has that experience been different or more challenging than writing a novel?

I’m not a TV connoisseur, I don’t watch a whole lot. And it’s so different because it’s so collaborative. When you’re writing a novel, you’re really a master of your own domain and that suits me. I’m working with other creative people whose ideas are equally as good and, in most cases, better than mine. I’m feeling very challenged by that, but in a productive, exciting way. And it’s enormously exciting to see the characters take on an actual life of their own. There are actors playing them and that, for me, is like, wow.

How does it feel seeing people embody characters you wrote?

Absolutely mind-blowingly strange. Casting is still ongoing, but the principal characters have been cast. I don’t think I can say more than that. But I’m very happy and excited about the casting so far. It’s been amazing and completely surreal, seeing these characters who did not have physical bodies now, in some sense, become actual people. It’s not like writing a novel, which is where my inner life happens. Working with other people and seeing them involve themselves in my imagination has been so exciting. 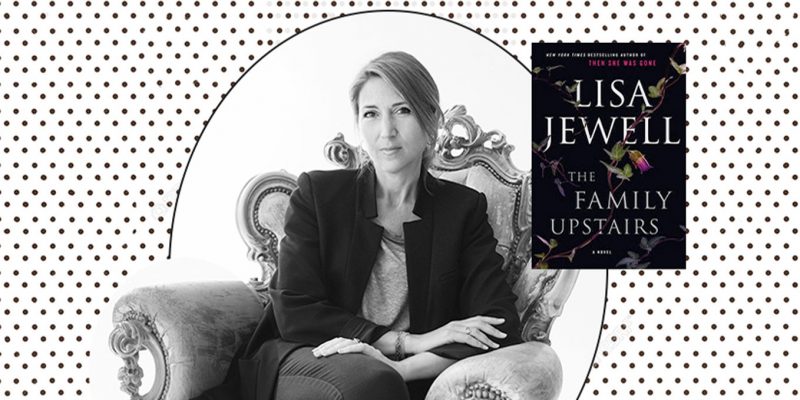