In her new book 'Had It Coming', journalist Robyn Doolittle takes a deep dive into the #MeToo movement and its aftermath. In this exclusive excerpt, she explores how the formal investigation process failed one young Canadian woman. 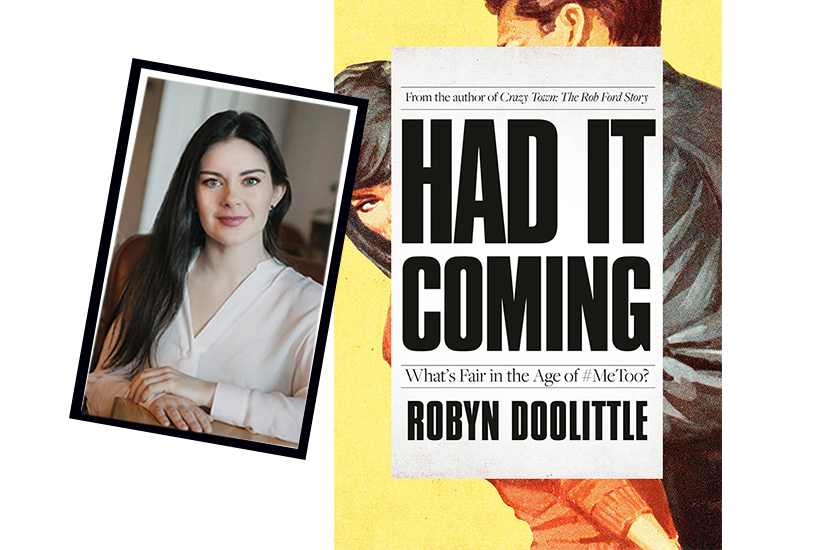 Today, Canada operates with what’s called an “affirmative” consent standard. This means that individuals engaged in sexual activity need to be sure their partners are agreeing to it. Rather than waiting for a no, both parties need to indicate yes – and individuals who are incapacitated by alcohol or other factors aren’t considered capable of consent. In Canada, a victim isn’t required to resist an attack or scream for help for the event to be considered sexual assault. Nor do complainants need to appear visibly upset while recounting the incident later in order to be believed. The law officially recognizes that there is no set “rule on how people who are the victims of trauma like a sexual assault will behave.” Other jurisprudence has discounted the notion that a person who has consented to sex in the past is more likely to consent to sex later, an update intended to address the “unchaste” woman stereotype. Taken together, these laws should provide all the tools necessary for the justice system to arrest, prosecute, and convict sexual assault assailants. And yet at every stage of the process, from the police investigation to the trial to the final judgment, issues persist.

In Canada, the laws aren’t the problem. It’s the willingness to enforce them.

Maddie curled up on her side and stared blankly at her bedroom wall, shifting between sadness, anger, and worry. Her temples throbbed and her joints ached. She needed a drink of water but she didn’t want to move. So instead she lay there, cycling through the previous night again and again, as if thinking about it hard enough would change the outcome.

She reached for her phone on the nightstand. There was a text from him.

“Sorry for all this. i didnt know if you wanted this or not but i made sure, i asked like 5 times and stuff and yeah, my apologies I feel like a huge dick I dont know if it because of, you know youre too drunk or what not,” he wrote. “You didnt deserve that drama, not one bit.”

She could hear her parents downstairs, banging around in the kitchen getting breakfast ready. Maddie badly wanted to talk to her mom, but when she imagined what her mother’s face would look like hearing the news, the prospect was too painful. So instead she typed out a text message to her: “If you can’t remember saying ‘no,’ is it rape?”

An instant later she heard footsteps flying up the stairs. Her mother pushed open the door, her eyes wide with worry. She lay down next to her daughter and held her. Maddie dissolved in tears. “Okay, what happened?” her mother asked, trying to sound calm.

That night Maddie and her parents sat in a room at police headquarters, waiting for a detective. The space was decorated like a grandmother’s living room—muted green walls, framed floral art, a potted plant, faux wood furniture, a cream couch with burgundy swirls – except that it was outfitted with a video camera that recorded everything said and done within its walls.

Maddie sat hunched forward on the couch, her arms wrapped around her stomach. Her unwashed blond hair was pulled back from her face in a half ponytail. She’d had only about three hours of restless sleep. Maddie was tired, hungover, afraid, and confused.

“Just be honest,” her mother said.

“I feel fucked up because I know [him] and everyone knows [him],” the eighteen-year-old replied. “I honestly don’t think [he] knew . . . that it was wrong.”

“I think he did, because he texted you first thing this morning, right?” her dad said.

Maddie stole a glance at her phone. Friends were texting, asking what was going on.

“I haven’t thought about how I feel about the situation because that’s all I keep thinking about – what’s going to happen to [him]?” Maddie said. “I don’t want to ruin his life . . . it’s not fair.”

At that moment, a police constable, a tall woman in a hot pink blazer with spiky brown hair, walked into the room. “You ready?” she asked the teenager. Maddie smiled. Her mother got up and kissed her on the cheek. “We won’t be far away,” she said as she and her husband headed into the hall.

The officer took a seat on the opposite side of the room and pulled out a notebook. She introduced herself in a gentle, sing-song voice, the way a grade two teacher might address a new class of children.

“So, I’ve asked you here this evening to sit down and just have a chat with you about the incident that you found yourself in last night. . . . My job is to find a solution to the problem. And jail isn’t always a solution to the problem, and being charged and having a criminal record isn’t always a solution,” she began. “It might be a stern talking-to. And when I talk to him, he might go, ‘Holy crap, I didn’t even realize she wasn’t an interested party. . . .’ All I want to do is just gather as much information about what you can recall and we’ll go from there.”

Maddie nodded as the officer spoke. She later told me she had no idea what was supposed to happen, but she trusted the investigator. She told her the same story she’d told her parents that morning.

The night before, Saturday, October 10, 2015, she and some friends were driving around town, dropping in to various parties. Sometime after two a.m. they went somewhere new. By that point, Maddie said, she was very drunk. She told the police officer that her memory was shaky. She knows she decided to leave the party to get something from the car, and a guy – I’ll call him Eric, but that’s not his name – went with her. “I’m not even sure how we ended up in the car. I started just getting whatever it was. And then he just grabbed me. Like grabbed my face, and then I don’t really – I have no idea if consent was given. At all. And then, I just, I don’t really remember much at all, just that he was on top of me and then, I didn’t have pants on.”

The next thing Maddie remembered was that one of her friends was banging on the window. “He was like ‘This isn’t right, get off, get out of the car. We’re going home’ and I was just crying.” Later in the interview, the investigating officer circled back to when the two first got into the car. Maddie said she couldn’t recall exactly what they’d talked about—probably music. Then she remembered him saying something like “You’re too hot for me” and “I don’t want you to regret this.” The officer asked what she’d been thinking in that moment. Maddie said that she hadn’t really said anything, that she was “confused” and “shocked” by what was happening. The officer wanted to know what she specifically did when Eric kissed her. “I kissed him back, but I wasn’t really, like, thinking or moving.” Maddie said she had no memory of the time between the kiss and the moment she realized she had no pants on and he was on top of her. The officer never asked the seventeen-year-old how much she’d had to drink, but she did ask Maddie about what Eric had consumed.

Two days later the case was passed on to another constable, who interviewed several people from the party. One of Maddie and Eric’s mutual friends told that officer that on a scale of one to ten, between sober and completely obliterated, both had been about a “nine and a half.” Multiple witnesses told him that Maddie had told them she didn’t remember consenting, although one felt that she obviously must have known what was going to happen because she agreed to go to a car with him while drunk. They said that it seemed like a ruse – an “excuse” – to leave the group to go have sex.

Four days after the party, the investigator contacted Eric, who by then was back at college, out of the city. The interview, which lasted about twenty minutes, was conducted by phone. In Eric’s version of events, Maddie was the instigator, the one who’d “jumped” him. At other times in the interview, he insisted that he’d asked her permission before things escalated to sex. The officer never challenged any of Eric’s claims. Nor did he specifically address the text message that Eric sent to Maddie the morning after, even though Eric alluded to the message himself, saying that he’d apologized because he didn’t want what happened to become a “big deal” – because (to him) it wasn’t.

“Did she say anything to suggest that she didn’t want to do this?” the officer asked.

The officer asked Eric if he’d told Maddie “I don’t want you to regret this.” Eric agreed that he had. And so, the officer continued, did he think he’d done anything wrong?

“I don’t believe so,” Eric replied, although in hindsight, he conceded that maybe it hadn’t been the best idea. The officer concluded the interview by telling Eric that “this sort of thing can happen” and that in future, he should make sure that he and any of his sexual partners are clear about what they’re agreeing to.

Eric told the officer people were saying he raped Maddie. “If you had consent, it’s not rape,” the officer reassured him.

The case was closed without any charges.