A conversation with the grand-daughter of Gucci's founder. 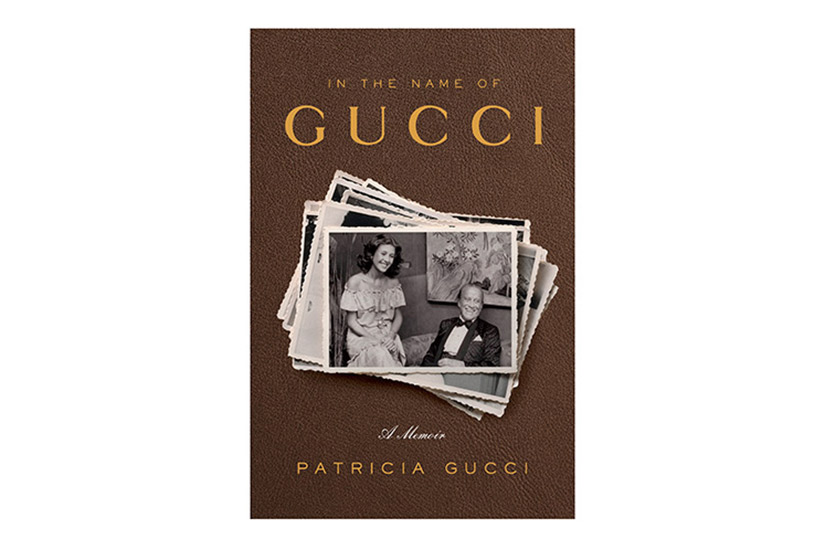 As I wait to be connected to my call with Patricia Gucci, I try to imagine what she might sound like. The granddaughter of Guccio Gucci, who founded the brand back in 1921 and daughter of Aldo Gucci, who took the Florentine luggage business and turned it into a global luxury brand, Patricia Gucci spent most of her youth in England, with stints in Switzerland, the US and of course, Italy. My mind reels at the phonological possibilities.

Gucci greets me on the phone in what could be classified as a cut-glass British accent, but when she utters the word “Mamma,” the full, sing-song vowels and bouncy double “M” are an irrefutable nod to her Italian lineage.

The Mamma in question is Bruna Gucci, who met Aldo Gucci when she started working at the label’s Rome flagship. What unfolded was a tumultuous love story (Aldo Gucci was married, Bruna was engaged), with the pair staying together until Aldo Gucci’s death. Their daughter Patricia went from a hidden love child to the the brand’s spokesperson and “Gucci girl” and later, a roaming ambassador on Gucci’s board of directors. She writes about this, and the epic highs and heartbreaking lows of Gucci’s history in her memoir, In the Name of Gucci, out today.

Was there a turning point that made you want to tell the story of Gucci to the world?
“Well, there was a 10-year gag order [after the sale of Gucci to Investcorp] when I couldn’t say anything. But it was always something I felt very strongly about, my father’s legacy had been forgotten, and that was very saddening to me. So I went to my mother, the most important person I could possibly think of to help me write this book, and I told her ‘there are so many things I want to know that only you can answer.’ It wasn’t easy to convince her, but she slowly started opening up. Then she gave me these incredible love letters that my father wrote. That was the cherry on the cake. I always knew what an amazing writer he was, but these letters were a whole other dimension. There was such vulnerability, such passion, he was devoted to [my mother] in every way. It opened up a part of my life I didn’t have a clue of.”

And did that change your relationship with your mother?
“Oh, a lot. I saw someone different in her and I understood her, finally. We had a difficult time. We were two strangers even though we were related, looking at each other and wondering who we were. I was a busy teenager and then a busy woman and then busy with my own children. Life went forward so fast and I wish, in hindsight, that we had this conversation a lot sooner and had a different dynamic but here we are. We’ve gotten closer and closer, she’s in my life every single day.”

Patricia Gucci with her parents Aldo and Bruna in Rome, 1965.

Other than the love letters, did you go though Gucci’s archives? What was the rest of the research like?
“It was incredible! I now know a lot more about the history of Gucci, there was a lot of going through archives – and thank goodness for the Internet! I spoke to my very old, close friends who brought up some incredible memories. It was wonderful to talk to people who grew up with me, knew everything about me inside and out, they knew my mother and father and it was wonderful to revisit. In fact, there was a friend of mine who I lost track of twenty years ago and I went to go look for her. It was the most fabulous reunion! It was brilliant! She was so happy – we both were – to be in each other’s lives again. She was a big fan of what I was doing because she had so many happy memories of our childhood and my mother.”

Oh, your friend from boarding school, half of “Pee and Bee?”
“Yes, Bee and Pee! You know everyone in America was like, ‘are you sure you want to write that your nickname was Pee?’ In England, everyone had a nickname in boarding school and some of them were pretty absurd. That was an abbreviation of mine but it could come out looking a bit weird!”

What was it like to go from a hidden family member to a public figure in the Gucci world?
“Being hidden was a reality, but it really didn’t affect me. I liked my life. I was a normal girl, I had an incredible nanny who taught me so much and my life was full. I may have missed out on the Brady Bunch childhood, but I don’t think it affected me negatively. I was acknowledged. My father immediately acknowledged me from the moment he knew I was in my mother’s stomach. Then when I moved to New York to study acting my father would go ‘ok, Patricia I need you to go open this shop’ or ‘go cut this ribbon on behalf of the company’ and I went along with that. Nothing was preordained, it just happened. And I loved the idea of working with my daddy, for us to have our own bond.”

What was it like to walk into a Gucci store back then?
“A friend of mine reminded me the other day, ‘you were such a lucky bugger! You could walk in and take a wallet or a scarf straight from the store.’ I completely forgot about this actually, but that’s certainly different from today. The shop was a world of beauty and elegance, the people that worked there were proud to be there. It was a family business, but the people who worked in the shops were also a family. It was a special time. But of course today it’s a world within itself and it’s fascinating to watch even though I’m not involved with it.”

And with the appointment of Alessandro Michele, Gucci is in the conversation again. People are talking about Gucci in a way they haven’t in years.
“Oh absolutely! It’s fabulous! I think it’s a great thing. The fact that somebody is once again bringing magic to it, and is in some way a revolution, I find that wonderful and inspiring for everyone. I’m very happy.”

What would you like the reader to take away about your father?
“I would like everyone to remember my father for what he did for the company. He was a man with heart and there was a human element to Gucci that’s been missing from past depictions of the family. In all the turmoil that happened, the man was lost in the story. I’m so proud to be his daughter.”