Lauren Weisberger Spills on Her The Devil Wears Prada Sequel 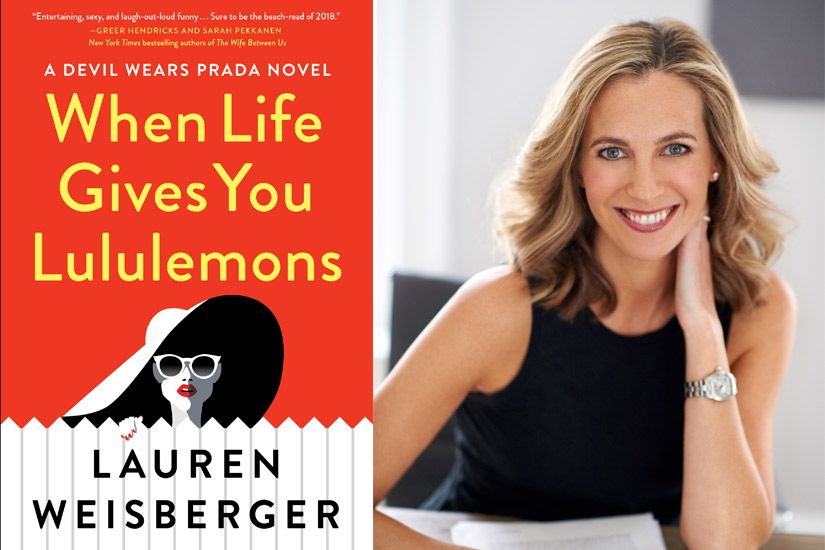 Chances are, when you hear the words The Devil Wears Prada, images of Meryl Streep’s commanding Miranda Priestly, Anne Hathaway’s unfashionable (Miranda’s words, not ours) Andy Sachs and Emily Blunt’s cool Emily Charlton pop into your mind. Well, you’re not alone—sort of. “I love the movie, it’s great. I admit that even as a writer and the creator of these characters, I get confused sometimes about who said what where,” says author Lauren Weisberger. “In a way I don’t with all the other characters, I often think of Emily Blunt when I’m writing the Emily Charlton character.”

Emily—Charlton, not Blunt—finally gets own starring role in the bestselling author’s latest book, When Life Gives You Lululemons. Taking place 10 years after the original novel, Weisberger focuses on Miranda Priestly’s former senior assistant, whose once-burgeoning career as an image consultant is in a slump. To her dismay, Emily finds herself stuck in the suburbs of Greenwich, Connecticut, when she finds her chance at a comeback in saving the failing reputation of former supermodel and senator’s wife.

We caught up with with Weisberger to chat about her new book and why Emily Charlton is her favourite character.

For When Life Gives You Lululemons, why return to Emily Charlton?

She’s my favourite character of any of the characters that I’ve ever written. I just loved her no filter, her zero diplomatic phrasing of anything. Anything I’m thinking, she just says it. It’s always fun to write someone like that.

As a writer and, presumably, a person with a filter, is it difficult to turn your own off when writing a character like that?

It’s really easy. [Laughs] It’s permission, the way that fiction is permission to try different things or speak in a different way. It’s a lot of how my sister and I talk to each other—snarky, sarcastic, biting, irreverent humour, and a lot of self-deprecation, too.

Emily can be pretty mean, which isn’t surprising if you’re familiar with the character, but we see a lot more of it now. Did you worry that she would come across too harsh?

I feel like it would have been harder to do with a brand new character. In a kind of weird way, I feel like readers will give [Emily] the benefit of the doubt because they know her already. It was easier to have her be extra outrageous and sometimes a little cutting or inappropriate. We forgave her for that because we know her already.

Of course, this book is about Emily and her new life, but Andy and Miranda both make brief appearances. How does it feel to return to these characters who you’ve set aside for a bit?

It felt very natural. Part of it is because I know them. It’s a little stressful because I want to protect the way that readers feel about them, so I want to be careful not to go off the rails. But I wanted to allow Emily, specifically, to grow up and really have some change of scenery, a change of thought, a change of career and to see how that went down.

What are you reading right now?

I’ve been reading it for a while, The Female Persuasion by Meg Wolitzer, which is good. I’m not as far into it as I should be for how long I’ve been reading it. I tend to do most of my reading at night and I fall asleep, like, 100 words in. But I’m looking forward to Emily Giffin’s book, All We Ever Wanted. There’s another book I recently read by a first-time author called From the Corner of the Oval. It’s a memoir about a young stenographer. She worked as one of Obama’s stenographers and it’s a juicy tell-all, it’s fantastic.