A bank robbery gone awry and lots of anxiety are the pillars of Anxious People. 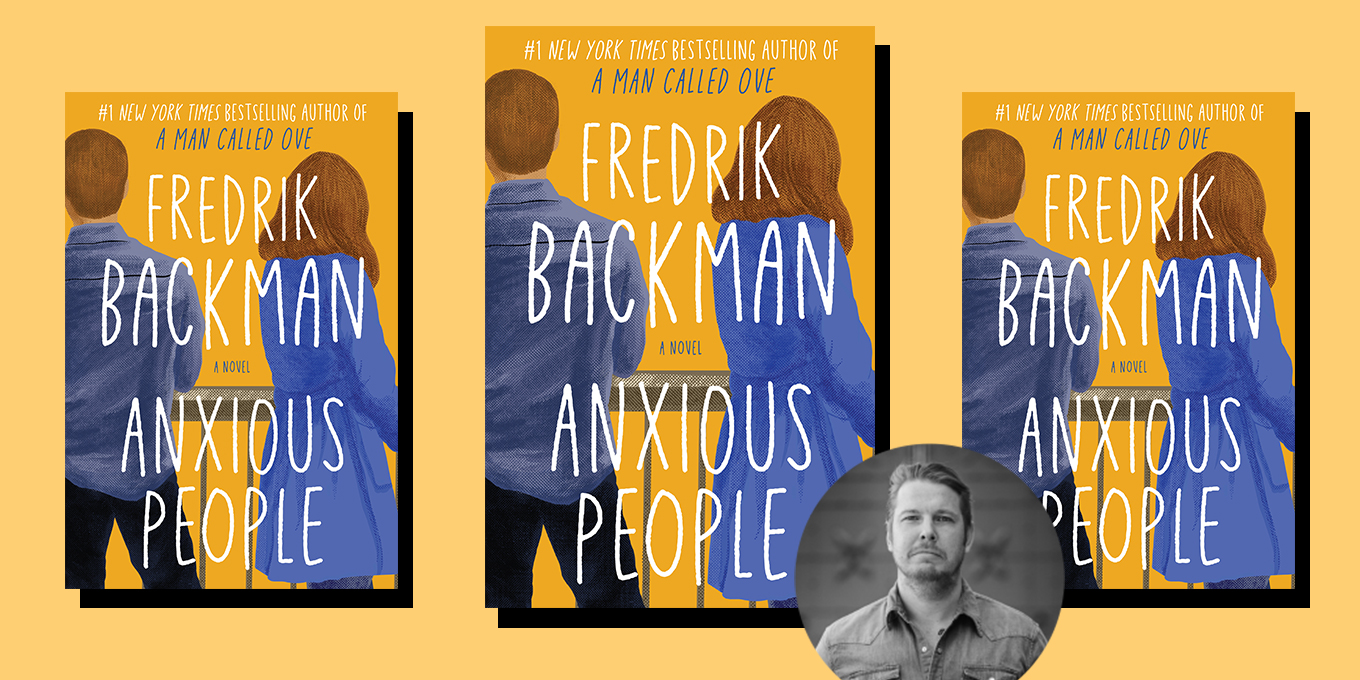 You’re likely no stranger to anxiety. It’s almost a prerequisite for modern living. Which is why Frederik Backman’s latest novel, Anxious People, seems familiar as you go through it. Of course, most of us don’t deal with our anxieties in a locked apartment viewing in a hostage situation gone terribly wrong. Good thing there’s a hefty dose of humour alongside some quiet despair in this read from the author of Beartown.

How did the idea for this novel come to you?

The setting for it came maybe four years ago, when our kids started to get bigger and my wife and I were out looking for a new apartment. I think what stuck with me was that the people at those home viewings all view each other as enemies. There’s a lot of tension in the air, and comedy thrives on tension. But everyone there was also all incredibly insecure about themselves and this big life decision they’re trying to make…so I just thought “this would be a fun setting for a hostage situation.” I like stories in closed environments – small worlds, a single street or a tiny town, or in this case a locked apartment. I find it easier to explore the emotional range of people when they can’t move around so much.

What (if any) research did you do for the novel? Did you pull from personal experience?

Everything I’ve ever written took a lot of research, to be honest; I know close to nothing about anything. It goes from questions like “how big is a police station?” to “how the hell does an elevator work, really?” to “what kind of pizza would the most annoying person in the world like?” I’m sure you can be an excellent writer without asking everyone you meet extremely stupid questions all of the time, but it sure has helped me.

Anxiety is obviously something that is such a big part of modern life—can you talk about how you decided to address it in the book?

That’s a hard question to sum up in anything less than a five-hour conversation, but in a somewhat condensed answer I would say I’m not really interested in extraordinary people as much as I am interested in ordinary people. Which means I’m less inclined to think about an astronaut’s anxiety or a world leading politician’s, and more inclined to want to investigate the everyday anxieties of people around me. The to-do-list anxiety and the “god damn it I forgot that thing!” anxiety and the “am I a horrible parent?” anxiety. I’m just curious how people deal with that overwhelming feeling that everyone in the world knows what they’re doing and has their shit together except for me. Almost all of my novels have centered around that one theme: Why are people feeling the way they do and why does that make them act like assholes?

Despite the extreme circumstance—a bank robbery and hostage situation—the anxieties here seem universal or at least, every day, why did you set them against the backdrop of this out of the ordinary occurrence?

Because it was fun. And I like fun. One of the greatest pieces of advice I ever got about comedy was “great comedy is stupid but smart.” I always had a more natural talent for the stupid part, but I’m working pretty hard on the smart part.

Don’t let your anxiety get the best of you! You can buy Anxious People here!