Busy Philipps On Her New Book and Late-Night Show

Busy Philipps has a lot to say. And we’re definitely listening. 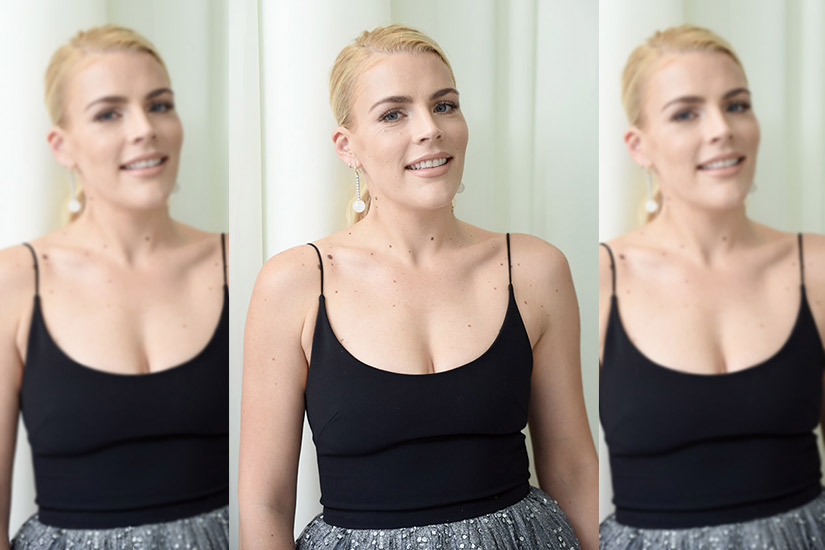 The day I speak with Busy Philipps, she has worked out at trampoline-dance fitness class LEKfit and had a thyroid ultrasound that took forever and still manages to make it to her L.A. office in time for our phone convo. I know all this because I—like 1.1 million other people—follow the actress on Instagram and watched her morning play out on my iPhone. Her Insta stories are sometimes silly (dyeing BFF Michelle Williams’ hair pink during Paris Fashion Week), sometimes empowering (clapping back at body shamers) and always engaging.

They’ve also been career-changing. By sharing a part of herself online, Philipps—who played the “best friend” on shows like Freaks and Geeks, Dawson’s Creek and Cougar Town (while outshining the leads more often than not)—found her audience. (This fall, that audience will only grow thanks to her new late-night show, Busy Tonight.) Her new memoir, This Will Only Hurt a Little, is as raw and real as her online persona. It touches on traumas and triumphs, from teenage heartbreak to dislocating her knee in a mosh pit to dealing with sexism in Hollywood.

What was your reaction when you saw the book? “The process has been so long. I wish I were one of those actors who hires a ghostwriter, but unfortunately I did all the work! When I got the box of galleys, it was so real. There are things in the book I’ve never spoken about before. Anytime you expose yourself in that way, you’re risking a lot. I had a heart-stopping moment of ‘Okay, now it’s going out into the world.’”

Did you give family and friends a heads-up about the content? “Michelle [Williams] read early drafts, and Colin [Hanks, Philipps’ ex] read it. My husband, Marc [Silverstein], read everything as I was writing it.”

What does the name of the book mean? “Naming a book is similar to naming a child. I wanted something that works on a few levels, and I feel like the title does—but I don’t want to give it away.”

Is there a celebrity fan of yours who has surprised you? “Julia Roberts! I was invited to an amfAR event where she was being honoured. She came up to me and was like, ‘I’m obsessed with you. I love you. I love your Instagram.’ That was pretty wild.”

What does it mean for you to be a woman on late-night TV? “We’re always an underserved audience, and it doesn’t really make sense. More female perspectives on late night are amazing to have.”

Who would be your dream guest? “Sufjan Stevens—and Julia Roberts, of course.”

This Will Only Hurt A Little by Busy Philipps ($35.99, at Indigo, chapters.indigo.ca) Image by: @BusyPhilipps on Twitter