A chat with The Coveteur’s Stephanie Mark 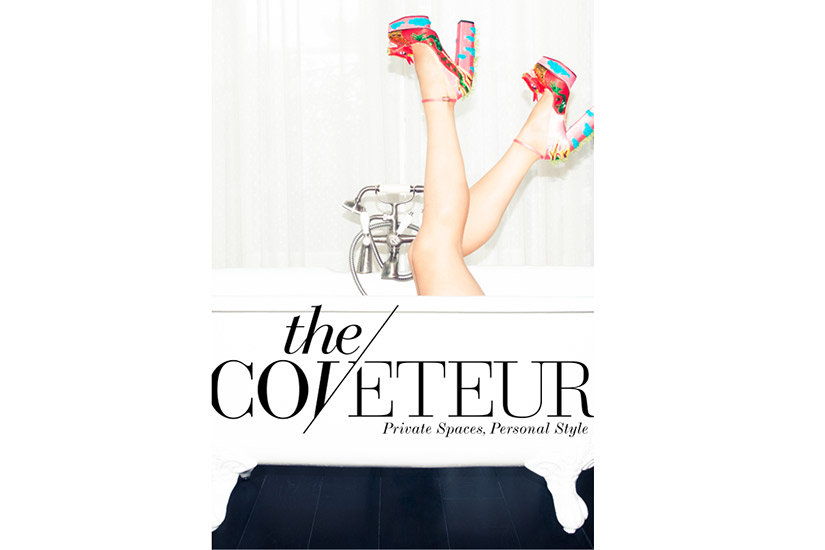 Stephanie Mark has made a name for herself as one half of the duo behind The Coveteur, a website that documents the closets of some of fashion’s biggest names. Alongside co-founder Jake Rosenberg, Mark has released a coffee table book called The Coveteur: Private Spaces, Personal Style featuring 43 exclusive profiles of designers, trendsetters, and icons (hello, Hugh Hefner!) We caught up with Mark to talk about OTT collections, starstruck moments, and being “adopted” by Bobbi Brown.

“Christian Louboutin was really special. He’s so kind, and he’s only asked five or six press outlets in his house throughout his career. Being in his space, hearing him tell the story of how we got started—he’s an icon in fashion but he’s an icon to everyone. To have that one on one time with him was so special. I was really nervous, and I don’t get nervous that much!”

On the craziest collection

“Suzanne Rogers is a collector in the truest form, she really champions designers she works with and buys from. She gets to know the designers and supports them. Shooting her closet took a long time, we walked in and were like ‘We’re gonna need more people at this shoot. We need to call for back-up reinforcements!’”

“For Cindy Crawford, we were nervous and excited, it was an ‘oh my god pinch me’ moment. Just because of the impact she’s had on the industry. Her house is so stunning in Malibu, right by the water. It was jaw-dropping. She is so lovely, and laid-back, and talked about her cottage in Muskoka.”

On the behind-the-scenes vibe

“We are in people’s houses, so it’s not uncommon for people to feed us, we lie in people’s beds. Bobbi Brown, she literally adopted us. She sent us home with food—we were staying at an AirBNB and she was like ‘There’s no food there!’ Jake went to her house for the Jewish holidays.”