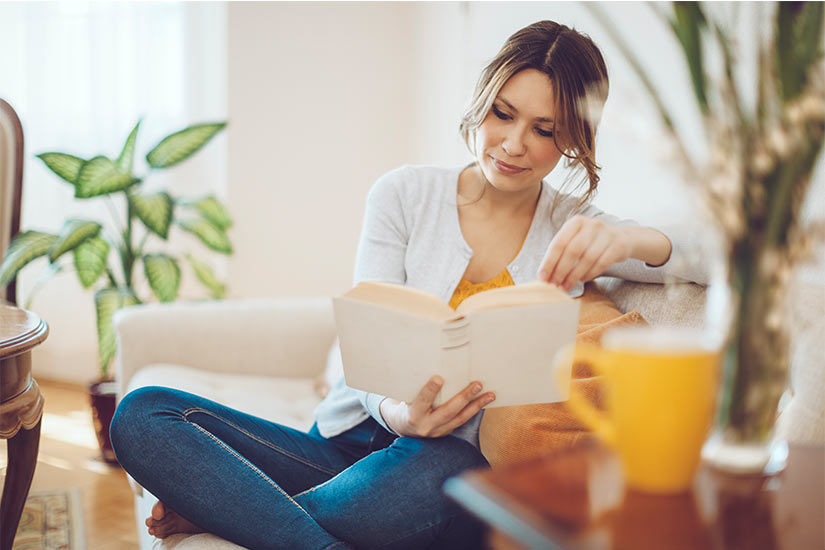 Hag-Seed by Margaret Atwood: Canada’s queen of the words is taking on another literary heavyweight in this modern retelling of Shakespeare’s The Tempest.

To Capture What We Cannot Keep by Beatrice Colin: A romantic read about a star-crossed couple who will always have Paris (at the time the Eiffel Tower was being built in 1887).

Mischling by Affinity Konar: It’s odd to call a back about the twins the notorious Dr. Mengele experimented on at Auschwitz beautiful, but this novel is that – heartbreakingly so.

Harmless Like You by Rowan Hisayo Buchanan: A 26-year-old wrote this novel about a son’s search for his mother, and you won’t even be mad because it’s so, so beautiful.

Feminist Fight Club by Jessica Bennett: Your field manual for what to do when you’ve been “manterupted” in a meeting (and more sexism-at-work survival tips).

The Hidden Life of Trees by Peter Wohlleben: Don’t be surprised if you literally hug a tree after this ode to the surprisingly complex, fascinating world of the arboreal.

The Mothers by Brit Bennett: Three teenagers plus one secret equals an absorbing unravelling of how the cover-up irrevocably shapes the adults they become.

The Wonder by Emma Donoghue: Fresh off the success of Room, this Irish Canadian returns with the miraculous story of a child who can survive without food…maybe?

I’m Still Here by Clélie Avit: He has just broken up with his girlfriend. She’s in a coma (but she can hear, even though no one knows it yet). What could possibly go wrong for these two?

The Motion of Puppets by Keith Donohue: A wonderfully weird twist on the “missing woman” genre: Kay has vanished…but it’s because she has been turned into a puppet!

Today Will Be Different by Maria Semple: After the runaway success of Where’d You Go, Bernadette, Maria Semple has written a charming, unexpectedly moving story of what happens when one woman gets up one day and decides to be the person she always intended to be.

Becoming Unbecoming by Una: A powerful graphic novel that tells the story of a 12-year-old girl coming of age while a serial killer, the “Yorkshire Ripper,” terrorizes her community.

The Wangs. vs. the World by Jade Chang: This charming story of a family road trip (after they’ve lost all their money in the financial crash of 2008) is equal parts The Big Short and Little Miss Sunshine, and totally a must-read.

Mister Monkey by Francine Prose: How much drama goes down BTS at an off-off-Broadway children’s musical? A lot – at least in this hilarious, sharp-witted novel.

Don’t I Know You? by Marni Jackson: Canoeing with Taylor Swift, a spa day with Meryl Streep: two examples of the imagined celeb encounters in this collection of short stories.

Butter by Elaine Khosrova: This is a book about butter. Do we really need to sell you? (Fine: There are cool facts, interesting history lessons, and mouth watering recipes).