Are you even famous if you don't publish a memoir? 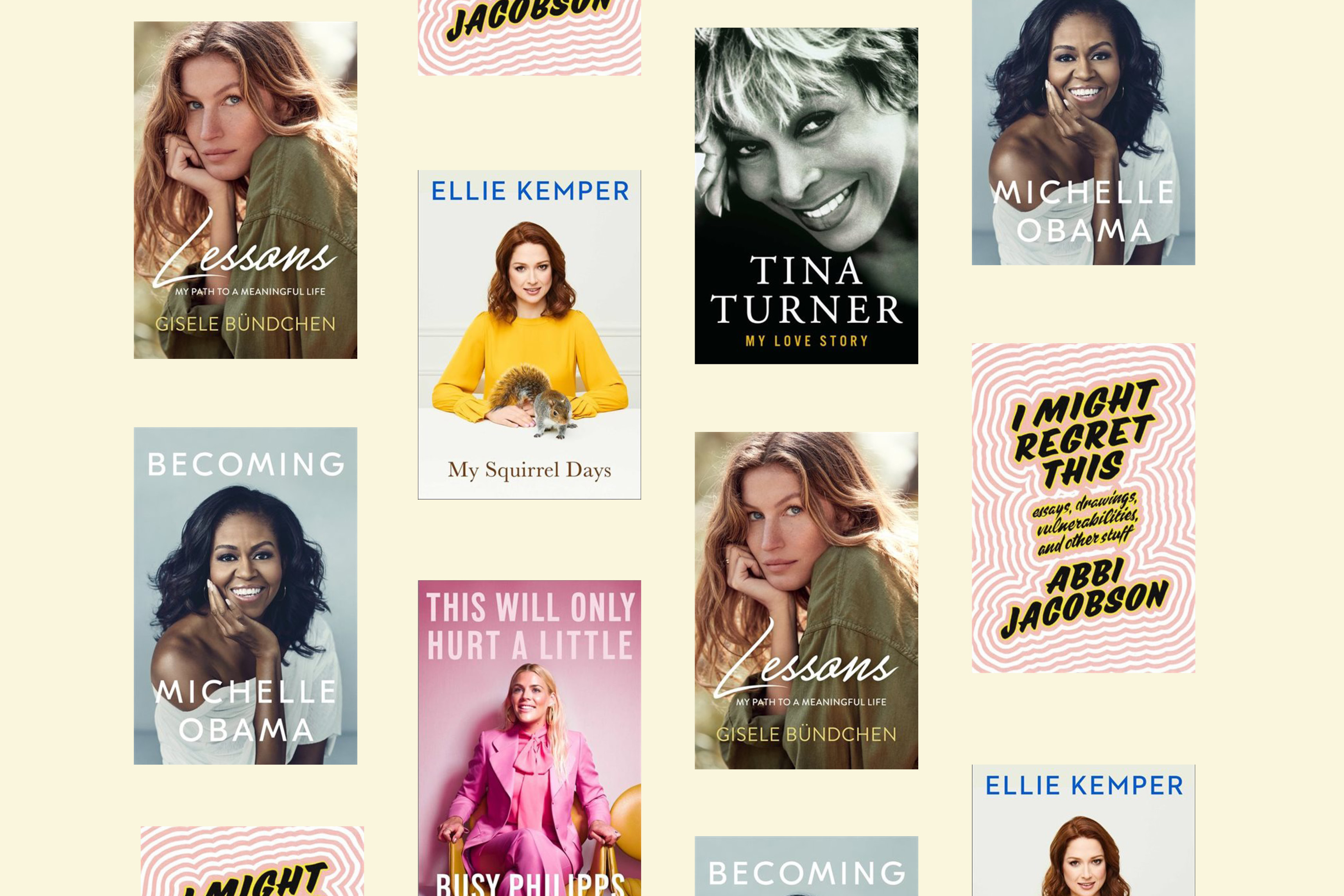 Whiskey in a Teacup

Hollywood’s Southern belle makes her literary debut with the release of her lifestyle/cookbook, Whiskey in a Teacup. The book gets its title from Witherspoon’s grandmother, who likens southern women to “whiskey in a teacup”—delicate on the outside, but strong and fiery inside. It’s filled with advice from Reese and Grandma Dorothea on everything from entertaining and cooking, to decorating and using hot rollers. Get ready to start living your best life, y’all.

Lessons: My Path to a Meaningful Life

If there’s anyone we’re down to take advice from, it’s supermodel-entrepreneur-activist-cool-mom Gisele Bündchen. Her memoir chronicles her life in Brazil and rise to the top of the modelling industry and also includes health and wellness tips throughout. And, this being a model’s book, there are photos throughout.

If you’ve just finished binge-watching the third season of Unbreakable Kimmy Schmidt and you’re not sure what to do with your life, then golly gee willikers, you’re in luck! Ellie Kemper’s collection of essays will take you on a roundabout adventure through her life and her journey to becoming a famously funny lady, a wife and a mom.

This Will Only Hurt a Little

It says “aced out in her nudes” and what it means is in my book❤️(which is now finished and also available for pre-order at busypbook.com ?) oh! And similar to the TITLE of my book- this only hurt a little. ??❤️?