Behind the scenes at a TIFF after party 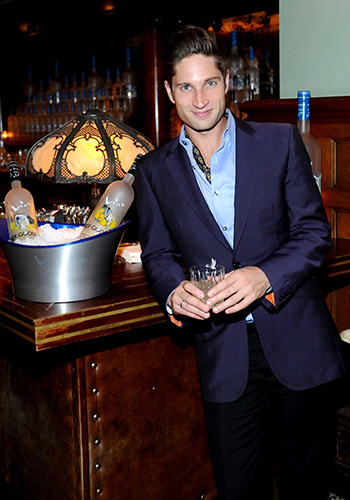 Think all the fun at TIFF ends once the films have premiered and the stars exit the red carpet? Think again. The real action at TIFF goes down at the film after parties (we’re talking bidding wars over champagne here people), and who better to give us the insider intel than Joe McCanta, the global ambassador for Grey Goose, who generally host some of the BIGGEST (A-list big) events at TIFF. We chatted with the Londoner-by-way-of-Seattle just as he touched down in Toronto for the ten day marathon of parties. Here’s what we learned:

A killer after-party involves a LOT of prep before:

“Most of these events are about three hours long, but I’ve been preparing for them for over a month. When I land, the first thing I do is make sure anything we’ve had to bring from France, where Grey Goose is based, or special equipment has arrived. Then I visit all the venues, and make sure I’m super comfortable with the bar, and I know the staff. Once TIFF starts, it’s madness—just event, event, event. Most mornings, I wake up, have a few meetings about what’s coming up, and then in the afternoons I go mix up big batches of the cocktails we’re serving. We create bespoke cocktails every year, and because these drinks are usually a little more complex, I mix a big batch of everything but the vodka, so when it comes time to serve, it’s just a matter of pouring the vodka, shaking and garnishing. These drinks are brand new to the bartenders, so that just removes an element of stress, rather than memorising four new recipes.”

You can’t tell which crowds will clean out the bar:

“With films, you don’t really know. But someone who really surprised me—because she just knew what she wanted—was Angeline Jolie at the Twelve Years A Slave event a few years ago. She was just like, “I want a White Russian”, and I thought that was so cool.  A lot of the thoughtful actors and actresses really know what they want, but they’re also open to trying new ingredients when they see them on a menu.”

“Music is key, and I always introduce myself to whoever is DJ-ing. Something I also learned early on is to make sure the DJ has lots of drinks!”

“Even at these events, when you get a really big name people are like, “Oh, that’s actually Brad Pitt!”. Some actors are just really fun people, and when they kick back and let their hair down, that changes the room too. Someone like Juliette Lewis—she’s so much fun, and I remember being at a TIFF event that she came to and the whole thing just changed.”

Some celebs would rather hang with the bartenders:

“We did an event where Matt Damon came in, and he was so cool. He tipped all the bar tenders and he hung out with them all night.”

Everyone gets champagne (but Joe’s out to change that):

“At these events, everyone is really dressed up and they’re like, I want champagne so I don’t spill on myself. But that’s so boring! That’s why I created a cocktail called The Fizz. It’s served in a flute, and it’s got elderflower liqueur, Grey Goose, fresh lime juice and sparkling water. It looks like champagne, it tastes a bit like champagne, but way more exciting.”

“We did a party two years ago for a film called Can A Song Saved Your Life, which they changed to Begin Again, and nobody really knew about the film. And then after everybody came in from seeing the film and there was a bidding war at our party over it. It was so cool to see that happen.”

Your essential guide to TIFF 2015