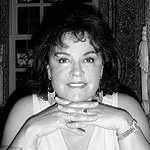 Get immediate advice from other readers in our forums!

WEB EXCLUSIVE QUESTION!
Dear Susan: I’m 30 years old and have never had a boyfriend. I think I’m always misreading signals guys send out. I think they’re interested and then when I make a move they end up being attached and I end up feeling like a fool. Will I ever find someone who will see me for who I am? Frustrated

Dear Frustrated:
Don’t give up! It’s time you build your confidence. Over the last few years you have tended to shy away from people and you’ve let opportunities pass you by because you felt that no one would want you. When you did approach guys, I think you knew deep down that they were attached, but you set yourself to fail by approaching them. You need to get out there and meet new people. Be optimistic and open and you’ll be surprised at who will walk into your life. We send out energy, which others pick up. If you have smile on your face and are positive about yourself people will be drawn to you. In six months’ time you’ll be irresistible. Get cracking.

Dear Susan: I have a problem that I don’t feel comfortable discussing with my friends and family. It’s kind of embarrassing, but I haven’t really dated anyone in two years. The last guy I went out with basically used me as a distraction after he broke up with his girlfriend. We eventually split up. After this happened, I went out with an old friend and we ended up fooling around. He wanted to have sex, but I wouldn’t because I was still getting over the first guy. A week later, my friend called to ask me out on another date. I agreed, but then he stood me up-I guess it was to get back at me for not having sex with him. Since then, I’ve concentrated more on my studies than my love life. I’ve been interested in a couple of guys, but I feel like I’ve lost all my confidence when it comes to men. A few months ago, I pushed myself out of my comfort zone and let a guy know that I was interested in him. Turns out, he had a girlfriend and I was left feeling like a moron! I keep telling myself to just focus on school, but I’m feeling lonely and would like to meet someone-I just don’t know how. Help! Lonely girl

Dear Lonely Girl: Let’s face it: finding the right mate is never easy. But take heart: you are very young, and what you’re experiencing isn’t unusual, so don’t feel like you’re the odd one out. It’s natural that you want a relationship, but you don’t have to push yourself out of your comfort zone to get one. I sense that you’ve never been an overly confident person but, in recent years, you’ve developed a stronger sense of yourself through your hard work and determination to succeed in life. It’s time to pat yourself on the back. With increased confidence comes an awareness of what kinds of relationships you want to have in your life. Don’t get caught up in anyone’s games. Forget your past disappointments and move forward. I feel certain that soon you will meet an intelligent, green-eyed man with gorgeous dark hair and a quiet soul.

Dear Susan: My best friend is a very outgoing girl who has always been fun to be around. But over time, my feelings for her have changed. I was going to tell her this on our next movie date, but she had to cancel. When we chatted later that week, she told me that she had just started seeing a guy. I don’t want to hurt her feelings or our friendship, but I really think that she deserves better than him-and I’m not just saying that because I like her. A month ago, this guy was dating her friend. He is jealous of my friendship with her and has asked her not to spend as much time with me. Any advice? Broken best friend

Dear Broken Best Friend: Alas, you’re obviously being kept out of the way because the new boyfriend prefers it that way. You’re not going to get any medals or accolades for making him out to be the bad guy to your friend. If you do, you will damage your friendship and she’ll think that you’re just jealous. Here’s what you have to do: nothing. Just call her from time to time and let her know that you’re there. Like a boomerang, she will soon be back in your life. The man she is seeing is insecure and deceitful. Your friend has to see that for herself, and only then will she come back. Be patient: I think you’ll see results within the next 12 weeks.

Have a question for Susan? Email her at [email protected].What does he really think of that one-night stand? Click here to find out!

Dear Susan: I am a 24-year-old college student and have been dating a guy in my program for the past few months. Lately, I’ve been having a lot of doubts about our relationship, but I can’t really tell you what’s making me feel this way. Is this a sign that we should break up? Will I meet a man who won’t leave me with nagging doubts? Doubtful

Dear Doubtful: When you have doubts, it’s your inner voice, or built-in radar system, telling you that all is not right. You don’t know why it’s not right — you just have that ache in your belly that lets you know that something is up. It can be confusing when you can’t put what’s bothering you into words, but that doesn’t mean you should disregard this feeling-it may be a sign of trouble. Don’t ignore your doubts-be open to what they may signal and, in time, you will h gain a sense of confidence about what they might mean. Looking to the future, I think you’ll meet someone at a sporting event this spring whom you will have total faith in. He’ll have a bright smile, and you’ll feel a wholesomeness about him.

Dear Susan: I’ve never been in a relationship before because I have trust issues when it comes to men. That said, I met this guy when I was on vacation in Prince Edward Island. We dated for about a week and then I returned home to Quebec to finish school. I told him I didn’t want a long-distance romance, but now I regret that decision. I’ve tried to contact him, but he won’t return my phone calls or respond to my emails. I know that this was a short-lived affair, but it has just reinforced my inability to trust men. I honestly don’t think there is anyone out there who will be able to break through my wall of fear. Should I give up hope? Love-shy

Dear Love-shy: I think you grew up in a home where there was a lot of arguing. Sadly, I don’t think you’ve moved beyond it. You can’t escape pain in life — it’s part of how we grow mentally, spiritually and emotionally. Pain and joy go hand in hand — realize and understand this and you’ll be ready to live again in the here and now, warts and all. If you do this, you will find happiness with a man someday. I think that you have blocked yourself for too long, and it’s time to stop doing that. Allow the sun to come into your world — don’t let fear hold you back.

Dear Susan: I was in a one-year relationship with a man whom I still think is The One. We met online and only communicated by email for the first month. (We didn’t chat on the phone or exchange pictures.) We had an unbelievable connection, so, after some discussion, we decided to meet in person. We were as attracted to each other physically as we were emotionally. He lives fours hours away, but we managed to see each other once or twice a week. In the beginning we were in love, like a couple of 17-year-olds. (We’re both in our mid-40s.) It wasn’t a perfect picture, though: he was still getting over an ex and mourning the loss of his parents. (They died within three months of each other.) I knew that he was in turmoil, but I didn’t expect that he would just cut off contact with me without offering any explanation. I kept calling him, but he never called back. Finally I got in touch with him, and he said he was busy at work and needed some space. It has been a year and a half since we broke up. I still send him emails, and his replies are always very polite but distant. In the meantime, I’ve started dating again, but I keep thinking about him. I miss him dearly — I’m trying to move on, but my heart won’t let me. Is there any hope for us? Hopeful

Dear Hopeful: I know that online dating is popular, but there’s nothing like meeting someone face to face right from the start. In your case, you spent your first month building up this image of him in your mind, and you were hooked by his words — not necessarily him. It was like reading a great book. Sorry, my dear, but it was a work of fiction. He is not coming back. He was never mentally free to be in a relationship with you or anyone else. You were open to him, but he was hiding behind his words. He’s lost and may continue to be so for quite some time. Don’t be dragged into that fictional world. Tap into that inner gumption that you have and put this relationship behind you.

Have a question for Susan? Email her at [email protected].