Our guide to 5 of the world's best grafitti cities. 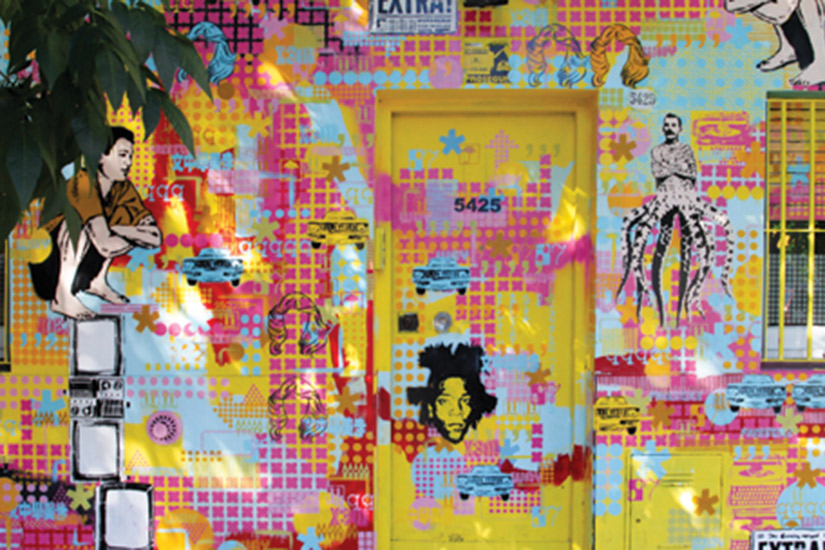 The Argentine capital is home to a vibrant (and very political) urban art scene and known for its stencil-style spray painting. If this street-corner style has you inspired, attempt some art of your own at local non-profit Graffitimundo which partners with city artists to teach willing tourists the technique. Who knows? You might be one four-hour workshop away from being the next Banksy.

Wet your whistle at street-artist hangout Post St. Bar in the trendy Palermo neighbourhood— the floor-to-ceiling stencilling alone is worth the price of your drink.

Scrawled on the side of concrete buildings (beside a police station!), the colourful images that line Nelson Street make up Britain’s largest street- art project. They’re the result of the See No Evil graffiti festival, which, in 2011 and 2012, transformed a dodgy laneway in street-art superstar Banksy’s hometown with work by big-name urban artists like Inkie and L’Atlas. Take a gander (and photographs) while you can. The art was done with the property owners’ permission, but the area is slated for imminent redevelopment.

GALLERY: The top places to visit in London

Stop by the canteen restaurant, hidden inside a formerly derelict office building in the hipster-y Stokes Croft neighbourhood. its graffiti-covered walls are the perfect backdrop for local grub and live music.

For three days last summer, 35 international and local street artists created over 20 different perma­nent murals along Saint ­Laurent Boulevard for the city’s MURAL festival, which was a big hit with art­ loving locals. It’s on again this year (June 12 to 15) and set to transform another two ­kilometre stretch of road into street art by day and all­are­ welcome celebrations by night.

After a day of craning your neck admiring murals, lay your head down at LHotel in old Montreal. You’re pretty likely to dream of Warhol, Ruscha and Chagall—all artists represented in the hotel’s extensive contemporary art collection.

If you prefer your graffiti curated, scout out an investment piece or two at LAB ART, North America’s largest dedicated street­art gallery (604 square metres of established names and up­ and ­comers, if you’re count­ing). You may even spot a celebrity browsing the walls—like Adrien Brody, who is said to have dropped thousands there on works by street legend Alec Monopoly.

Housed in mary Pickford’s old office at the United Artists building, the Ace Hotel is the latest addition to rapidly gentrifying downtown L.A. The vibe is very bohemian creative, from martin guitars in the minimalist-chic rooms to the sketch-covered walls. (The portrait of Michael Jackson in the restaurant is a highlight.)

Go to ellecanada.com/blog to read about editor-in-chief Noreen Flanagan’s visit to La Tour Paris 13, the derelict Parisian apartment block that was temporarily transformed into a mammoth art project by more than 100 of the world’s best street artists. We promise you’ll be inspired to sign up for a street-art walking tour with Undergound Paris.

The Geo Street Art apps for New York and London provide photos and interactive maps to locate hundreds of ever-changing street-art attractions in each city ($2.99 each, for iPhone)

READ MORE:
5 Canadian artists you need to know
The prettiest Dutch road trip
Paris travel guide: How to travel like a fashion editor